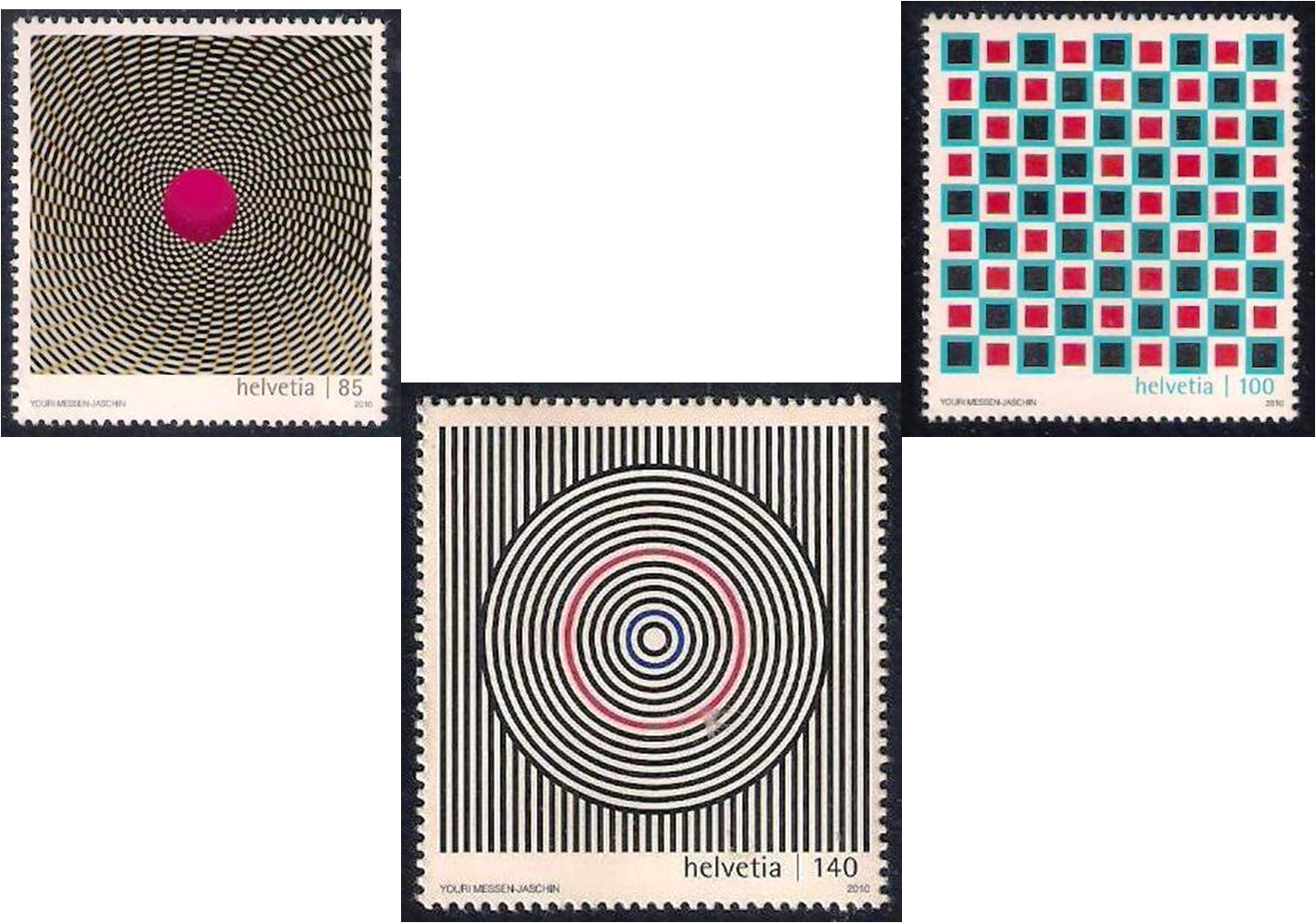 Optical art – usually abbreviated to Op art, and also known as kinetic art – is an art movement that arose in the mid-1960s, through the work of Victor Vasarely, Bridget Riley, and others. It has its origins in the abstract geometrical designs of such artists as Matisse, Kandinsky, and Mondriaan, and in the constructivist approach of Walter Gropius’s Bauhaus School in Germany, and is based on geometrical patterns, usually in black and white or in vivid colours, arranged to give the illusion of movement.
In 2010 the Swiss post office issued a set of three optical art stamps, designed by Youri Messen-Jaschin, an artist of Latvian origin who was born in Switzerland. They feature a red sphere with a background of intersecting spirals, a pattern of coloured squares, and a dramatic arrangement of mainly black-and-white concentric circles and vertical lines.
[Switzerland 2010]