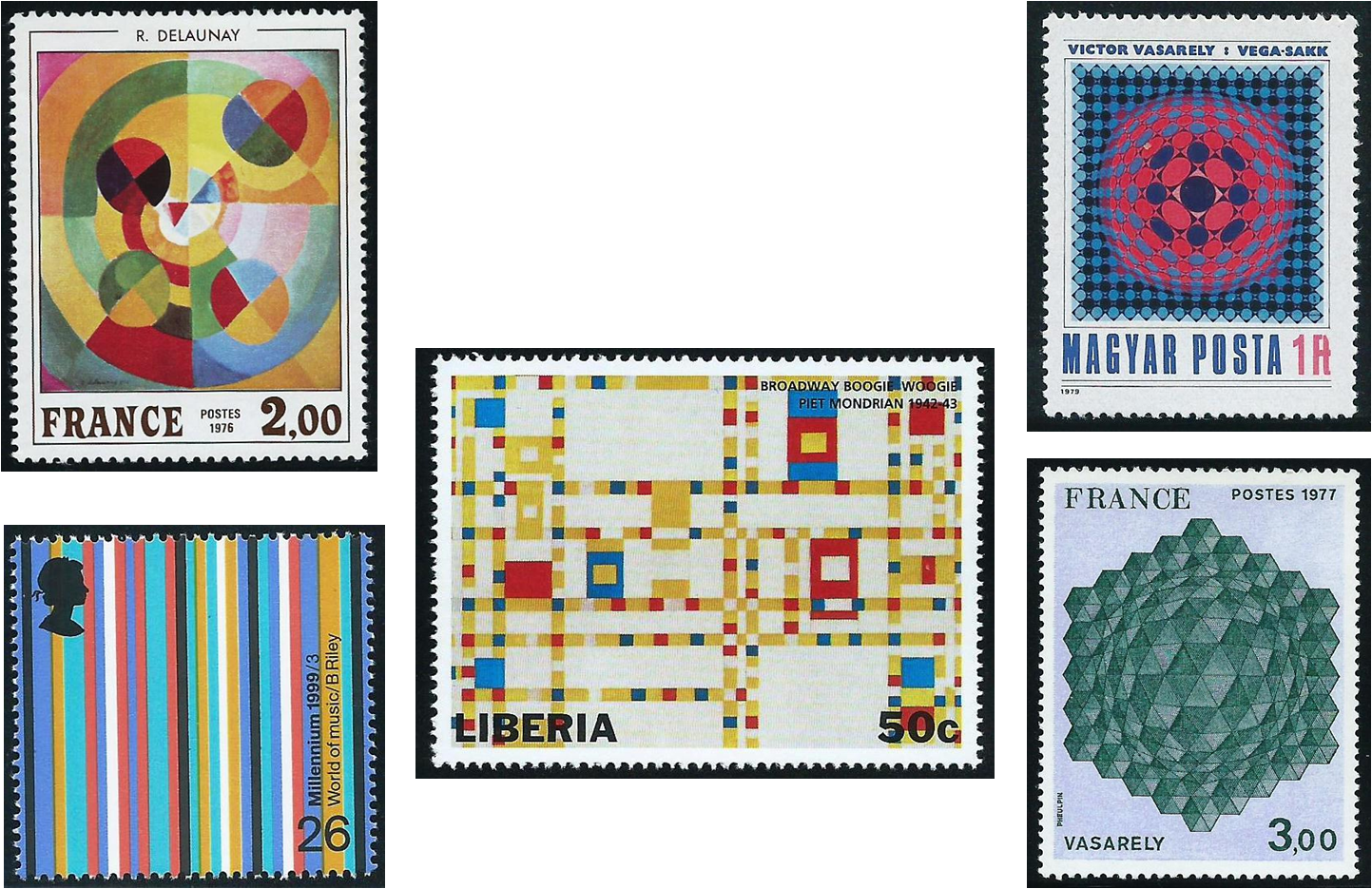 In the late 19th and early 20th century, artists were fascinated by non-Euclidean geometry and the fourth dimension. This interest in mathematics provoked them to look at the world in a new way and record their observations in paintings and sculpture.
Robert Delaunay (1885–1941) rejoiced in the visual impact of colour. In Rhythme: Joie de vivre (1931) the circles vividly represent the haloes around glowing electric street lights. Delaunay and his contemporaries were aware of the new geometries and the writings of Poincaré. Interpreting this work, Delaunay remarked ‘All is halo’, adding that he had never seen a straight line in his life.
In Broadway Boogie-Woogie (1943) Piet Mondriaan (1872–1944) created spatial ambiguity by means of coloured lines in a rectangular arrangement. For years he shared other artists’ enthusiasm for portraying the fourth dimension, and in his earlier paintings of white and coloured rectangles separated by straight black lines, the white space represents the fourth dimension.
Victor Vasarely (1908–1997) was much influenced by Mondriaan’s works and studied colour theory, perception and illusion. In Vega-chess, he created this illusion by repeating the same motif over and over again; because of its 4-fold rotational symmetry, this painting can be hung with any side at the top. His 1975 design Tridimensional design is similarly based on symmetry – in this case, 6-fold rotational symmetry.
Bridget Riley (b. 1931) has always made great play of geometry in her paintings. Several are black-and-white geometrical designs, others are coloured displays of parallelograms and other tilings, and some consist of coloured parallel lines, as in this millennium stamp entitled World of Music.
[France 1976, 1977; Great Britain 1999; Hungary 1979; Liberia 1997]