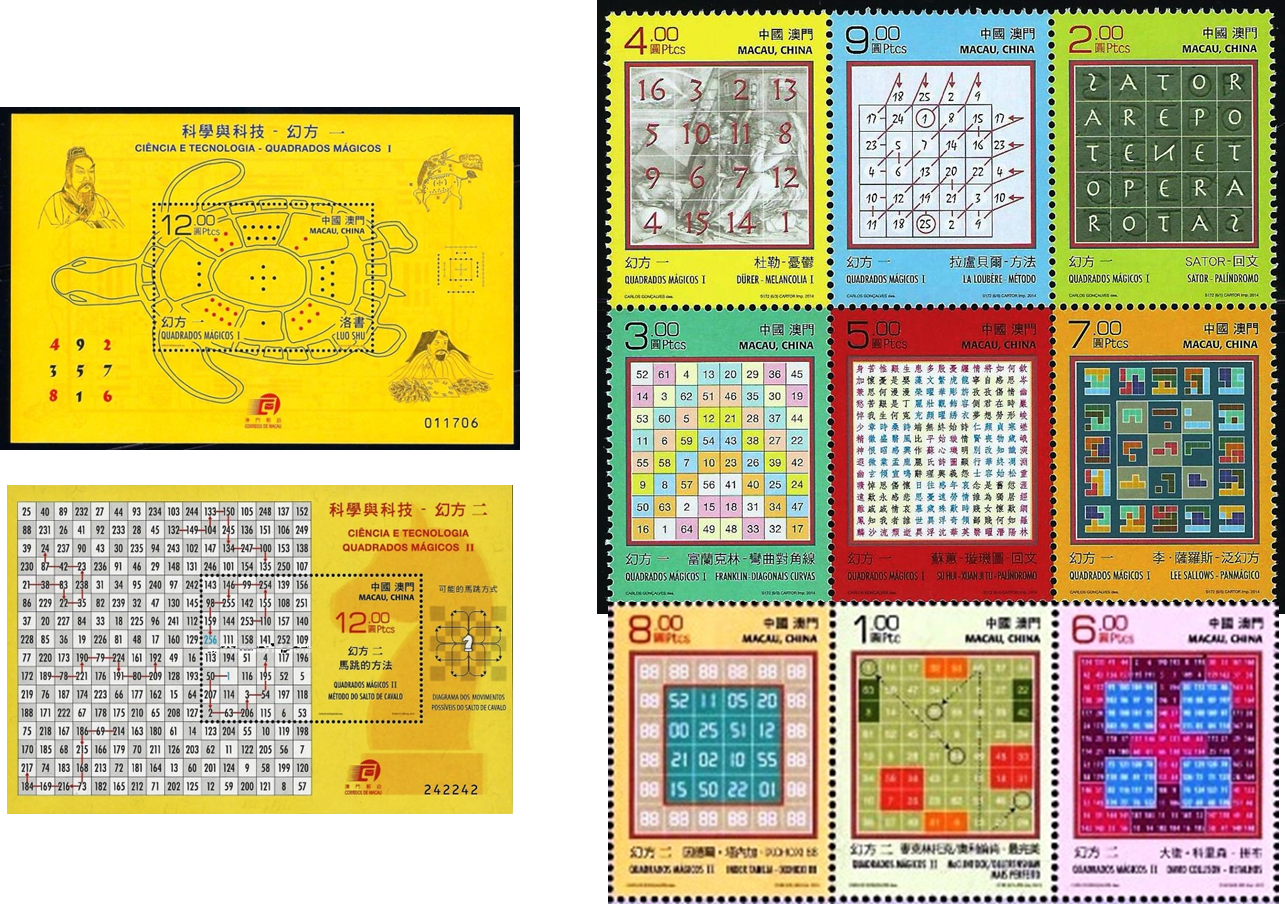 An ancient Chinese story concerns the Emperor Yu, who was standing on the bank of a river when a turtle emerged with 1 to 9 on its back in a 3 × 3 square array with numbers in each row, column and diagonal adding to the same sum, 15. This arrangement of numbers, the Luo shu, acquired great mystic significance and led eventually to larger such magic squares. A famous example is the 4 × 4 magic square ion Albrecht Dürer’s engraving Melencolia I, in which the numbers in each row, column, and man in diagonal add up to 34.

The Macau stamps show a variety of magic squares, and the values of the stamps themselves form a Luo Shu magic square.