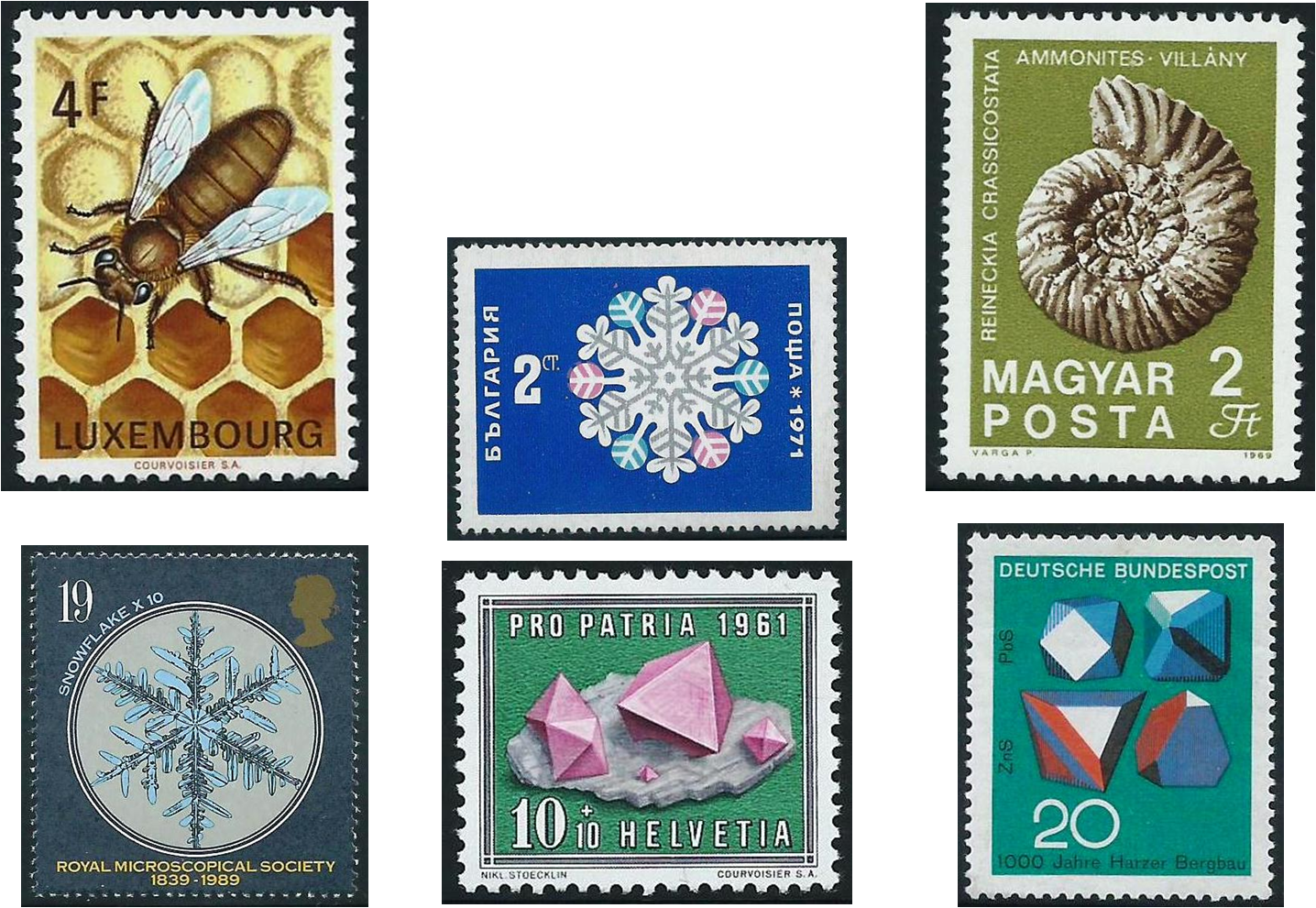 Mathematics occurs throughout nature – from honeycombs and ammonites to the geometry of crystals and snowflakes. There are three regular types of tiling pattern (or tessellation) for the plane: those formed by equilateral triangles, squares and regular hexagons. The hexagonal pattern was discussed by the Greek mathematician Pappus (AD 300) and appears in nature in the form of a bees’ honeycomb.
The delicate structure of a snowflake has six-fold rotational symmetry – rotation by 60° leaves the pattern unchanged – and no two snowflakes are exactly the same. Their hexagonal form was recognised by the Chinese in the second century BC and was later investigated by Kepler, Descartes and others.
The Fibonacci sequence occurs throughout nature, and is related to the logarithmic spiral, found on snail shells and ammonites.
As liquids crystallise they assume the form of polyhedral of various types: fluorite crystals appear as octahedra (eight triangular faces), while lead and zinc sulphide crystals appear as cuboctahedra and truncated tetrahedra.
[Bulgaria 1970; Germany 1968; Great Britain 1989; Hungary 1969; Luxembourg 1973; Switzerland 1961]