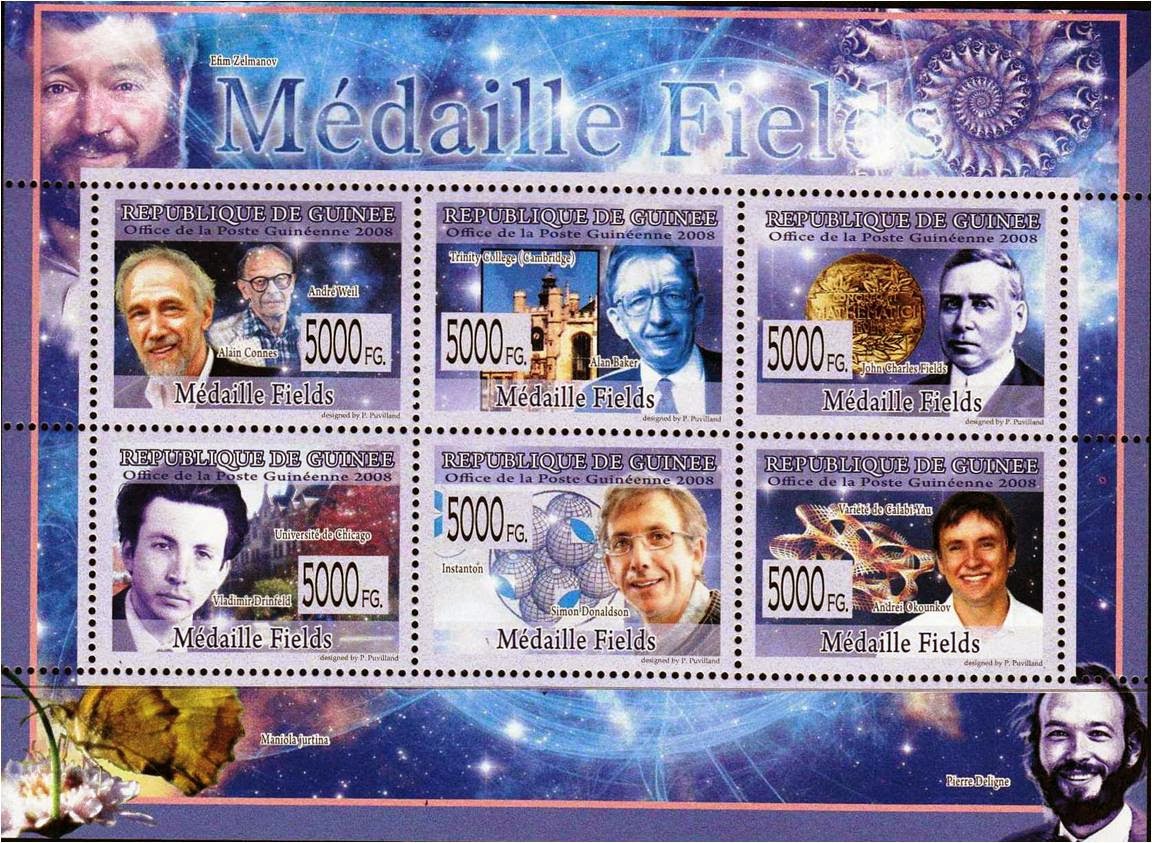 A special feature of the International Congresses of Mathematics is the awarding of up to four Fields Medals to the most outstanding mathematicians under the age of 40. First awarded in 1936, these medals were provided with money from the estate of John Charles Fields, a mathematics professor at the University of Toronto, and President of the Toronto Congress in 1924.
This sheet of stamps, issued by the Republic of Guinea, features Elim Zelmanov (Zürich 1994), Alain Connes (Warsaw 1983), André Weil, Alan Baker (Nice 1970), John Charles Fields (with the Fields Medal), Vladimir Drinfeld (Kyoto 1990), Simon Donaldson (Berkeley 1986), Andrei Okounkov (Madrid 2006) and Pierre Deligne (Helsinki 1978).
[Republic of Guinea 2008]