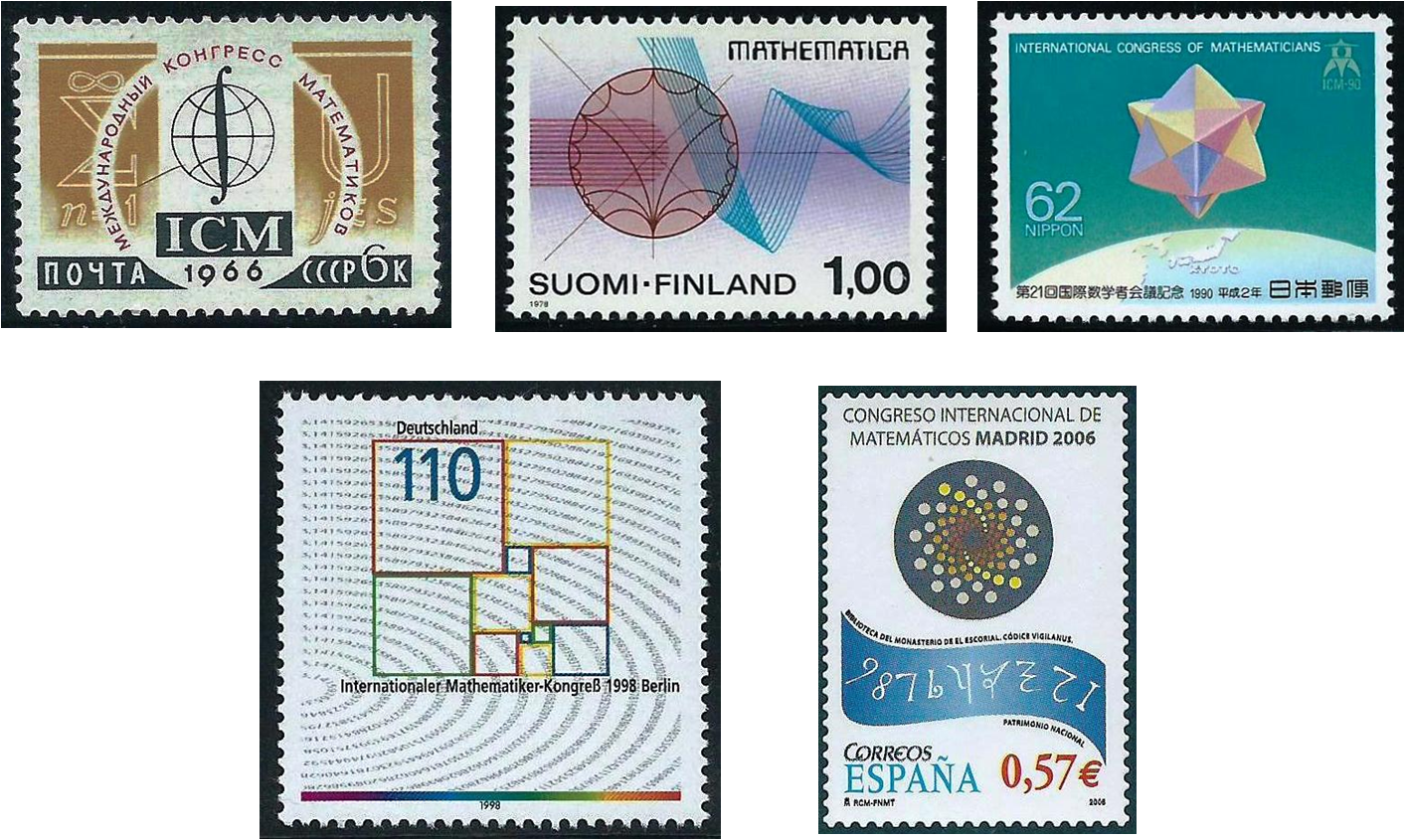 Since 1897 International Congresses of Mathematicians have been held at which thousands of mathematicians from around the world gather to learn about the latest developments in their subject. These meetings usually take place every four years.
Several of these congresses have been commemorated by stamps. The first was the Moscow congress of 1966, attended by four thousand mathematicians from forty-nine countries. Twelve years later, the Helsinki congress attracted delegates from eighty-three countries and the stamp design featured differential geometry. For political reasons the Warsaw congress, planned for 1982, had to be postponed until the following year.
The first International Congress to be held outside Europe or North America took place in Kyoto in 1990; the stamp design shows an origami polyhedron. For the 1998 congress in Berlin the stamp design included a solution of the ‘squaring-the-rectangle’ problem of dividing a rectangle with integer sides (in this case, 176 and 177) into unequal squares with integer sides; the background consisted of spirals made from the decimal digits of pi. For the 2006 congress in Madrid the design featured a sunflower pattern and the earliest known written appearance of the Hindu–Arabic numerals (in AD 976), in the Codex Vigilanus in the monastery at Escorial.
[Finland 1878; Germany 1998; Japan 1990; Russia 1966; Spain 2006]