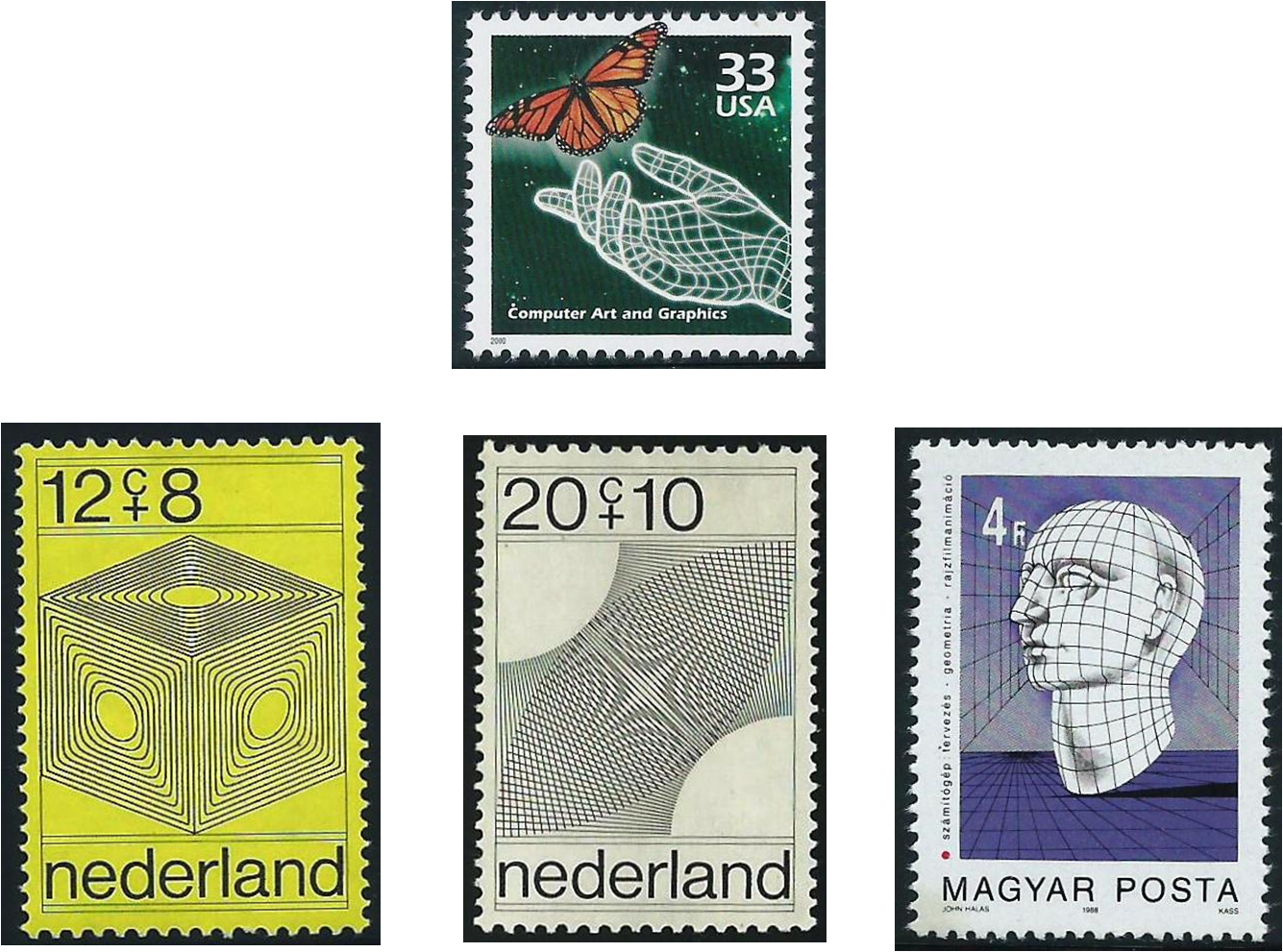 In recent years computer-aided design has also developed rapidly, and in 1970 the Netherlands produced the first set of computer-generated stamp designs. The stamps show an isometric projection in which the circles at the centres of the faces gradually expand and become transformed into squares; the black-and-white design was called overlapping scales.
The computer drawing of a head is a graphic from the 1981 computer-animated film Dilemma, and the United States stamp came from a set celebrating the new millennium.
[Hungary 1988; Netherlands 1970; USA 2000]