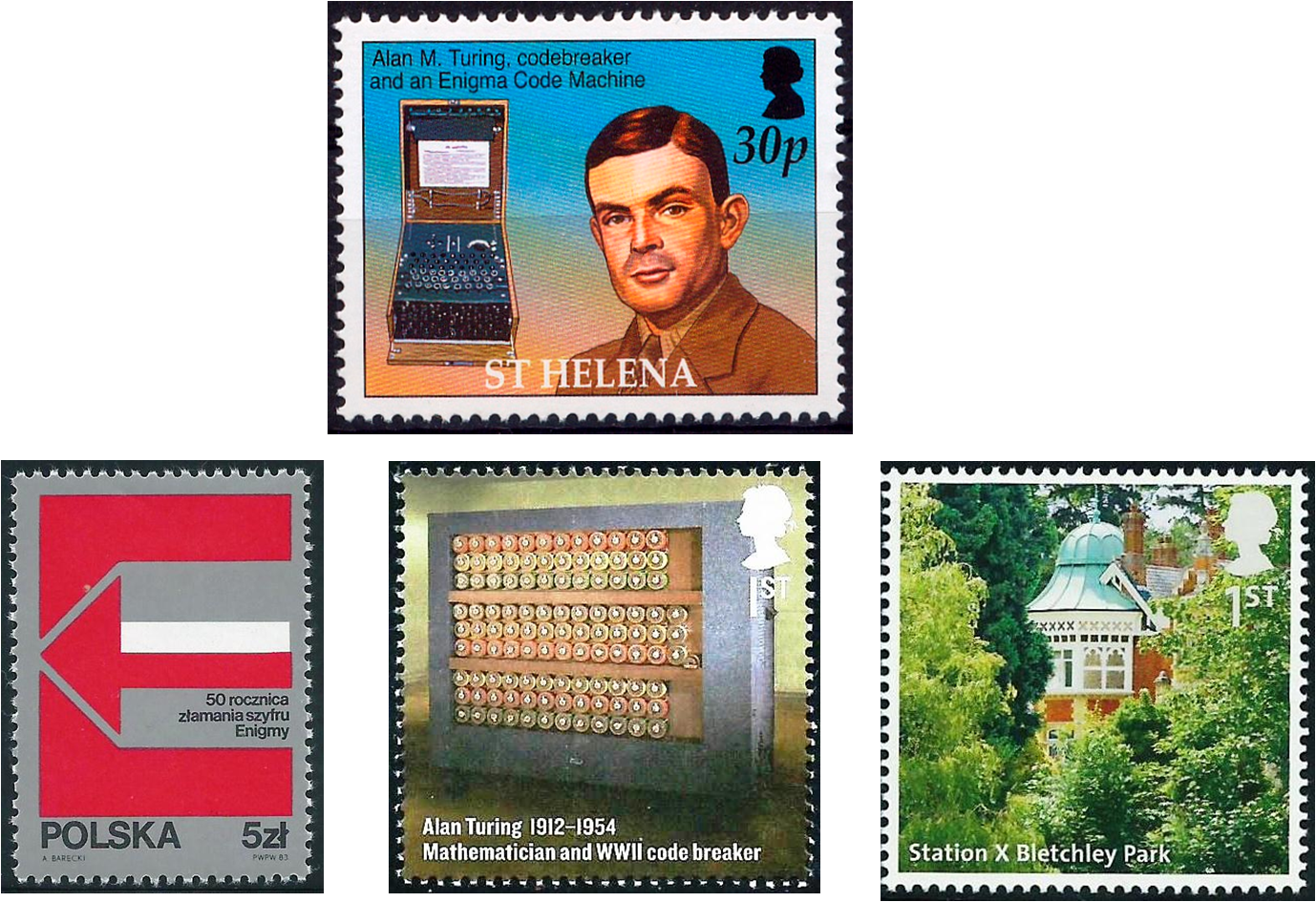 In 1932, led by Marian Rejewski, Polish codebreakers managed to break the codes used by the Germans in their Enigma machines; these contributions awere commemorated on a Polish Enigma stamp.
With the outbreak of the Second World War the Enigma codes had become much more complex and many lives were lost through an inability to break them. It was some time before a team of codebreakers at Bletchley Park in England led by Alan Turing managed to do so. This was followed by the successful breaking by Bill Tutte and others of the Tunny code used by Hitler and other German War leaders to send their messages. To aid them in this, the first computer COLOSSUS was developed in great secrecy at Bletchley Park. It has been claimed that the achievements of Turing and his fellow codebreakers shortened the War by about two years.
[Great Britain 2012; Poland 1983; St Helena 2005]