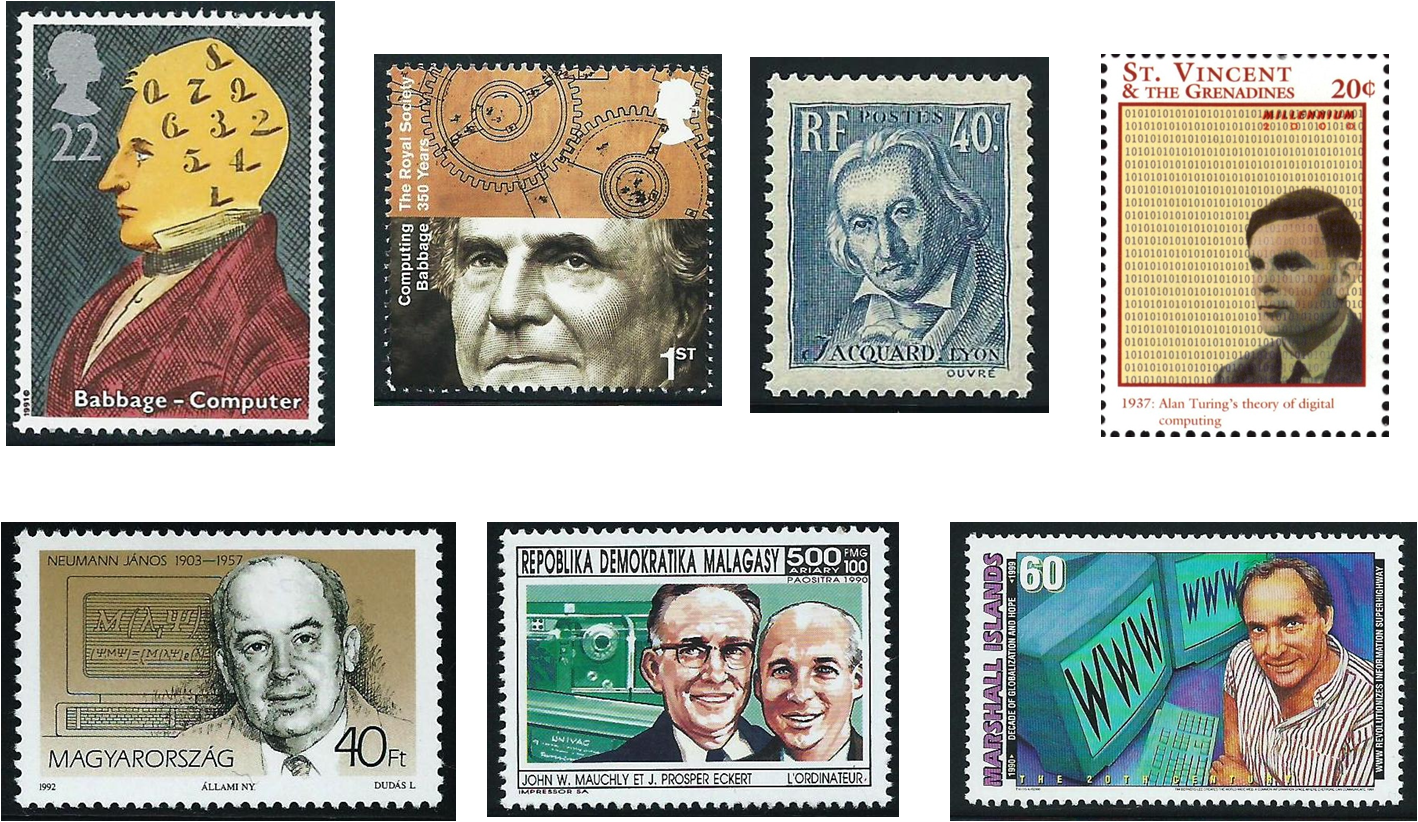 The central figure of 19th-century computing was Charles Babbage (1791–1871), who pioneered the modern computer age with his ‘difference engine’ and ‘analytical engine’. The difference engine, a digital machine conceived in the 1820s, was a complex arrangement of gears and levers designed to mechanise the calculation of mathematical tables and print the results. Never built during his lifetime, a full-scale version was constructed from his detailed drawings in 1991.
Babbage’s analytical engine can be regarded as the forerunner of the modern programmable computer. Designed to be run by steam power, it contained a store (or memory) and was to be programmed by means of punched cards with holes in specific locations to convey information. Joseph Marie Jacquard (1752–1834) had used such an idea in his ‘Jacquard loom’ to mechanise the weaving of complicated patterns.
In England Alan Turing introduced the idea of a stored-program computer in which the data and instructions are held in an internal store until needed, and helped in the design and construction of COLOSSUS, the first electronic digital machine. Shortly after, the electrical engineers John Mauchly (1907–1980) and J. Presper Eckert (1919–1995), professors at the Moore School in the University of Pennsylvania, designed the ENIAC (Electronic Numerical Integrator And Computer) machine. ENIAC, The Hungarian-born mathematician John von Neumann (1903–1957) contributed to the development of ENIAC and pioneered its successor EDVAC.
The invention of the world wide web by Tim Berners-Lee in the early 1990s led to the information superhighway, whereby all types of information from around the world became easily accessible.
[France 1934; Great Britain 1991, 2010; Hungary 1992; Malagasy Republic 1990; Marshall Islands 2000; St Vincent 2000]