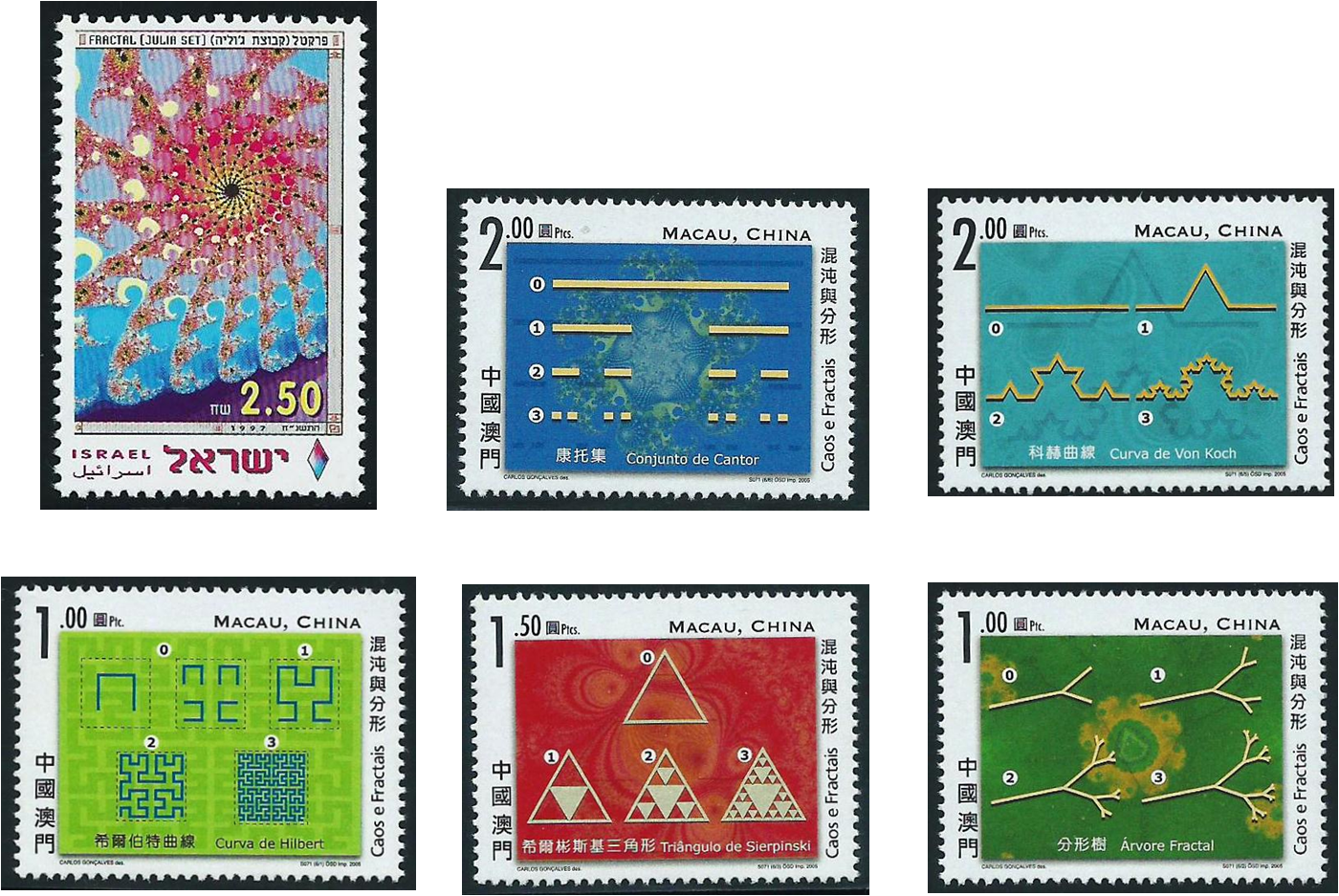 In 2005 Macau issued a set of stamps featuring fractal patterns. These have the property of being self-similar – they reproduce themselves infinitely often when magnified or reduced. Among the topics depicted were constructions for the Cantor set (an infinite set of points that contains no interval) the snowflake curve of Helge von Koch (of infinite length, but enclosing a finite area), Hilbert’s space-filling curve, the Sierpinski triangle and a fractal tree pattern.
When a recurrence of the type zn+1 = zn2 + c is applied to each point z0 in the complex plane, the boundary curve between those points that remain finite and those that ‘go to infinity’ is a fractal pattern, called a Julia set after the French mathematician Gaston Julia. The Israeli stamp shows a detail of the Julia set that arises when c = 0.2860 + 0.0115i.
[Israel 1997; Macau 2005]