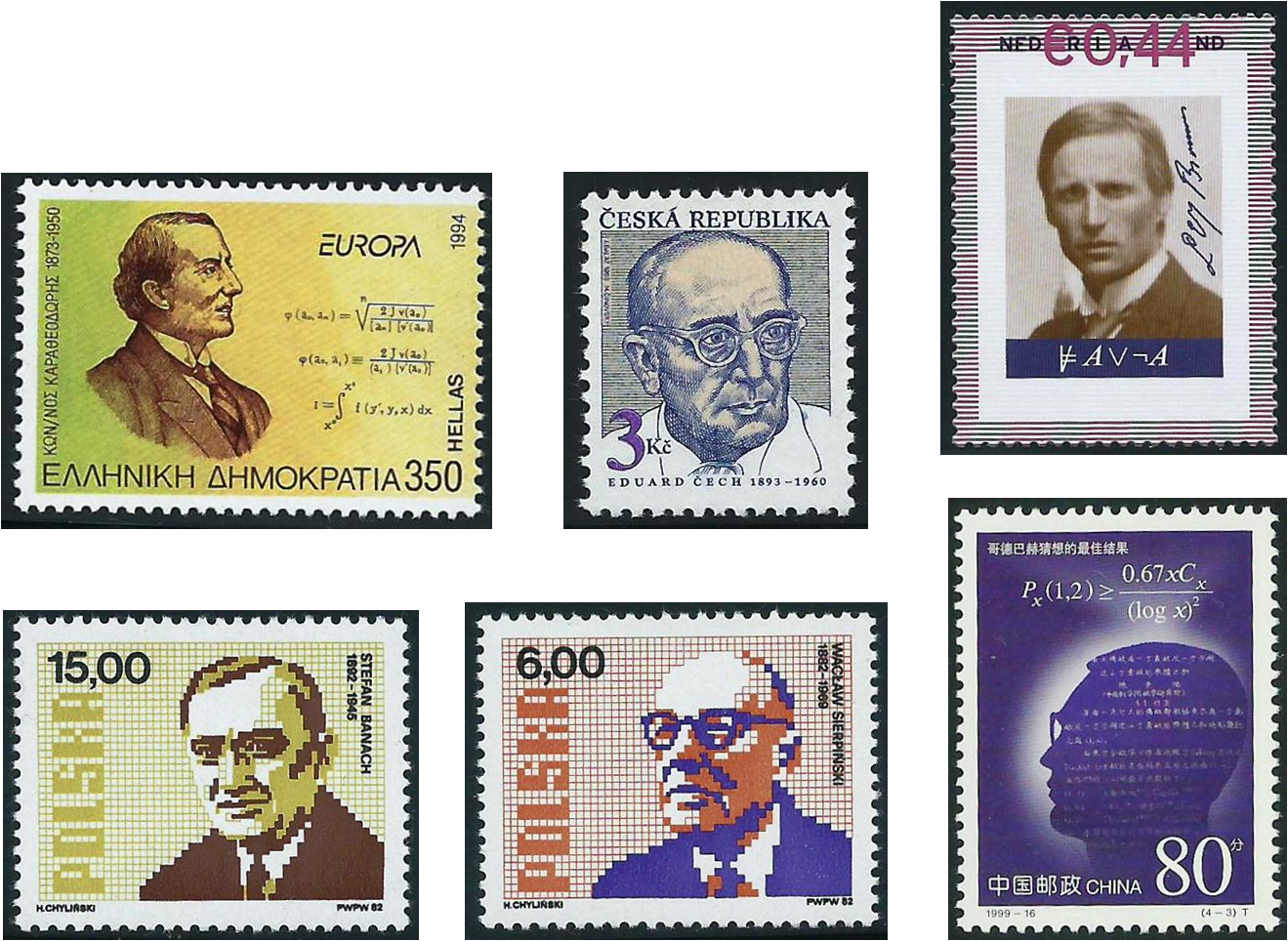 Two analysts featured on stamps are Constantin Carathéodory (1873–1950), and Stefan Banach (1892–1945). Carathéodory worked on the theory of functions and the calculus of variations, while Banach helped to create modern functional analysis and develop links between topology and algebra; the term ‘Banach space’ is named after him.
L. E. J. (Bertus) Brouwer (1882–1966) was a geometer and topologist and the founder of intuitionism. He spent most of his life at the University of Amsterdam, and is remembered for his invariance and fixed-point theorems in topology and for his refusal to accept proofs by contradiction.
Waclaw Sierpinski (1882–1969) was a Polish mathematician who made outstanding contributions to set theory, point-set topology and number theory. The fractal pattern known as the Sierpinski triangle (or Sierpinski gasket) is named after him.
Eduard Čech (1893–1960) was a Czech mathematician who worked in differential geometry and topology. He is remembered for Čech homology and the Stone-Čech compactification of topological spaces.
In 1742 Christian Goldbach wrote to Leonhard Euler conjecturing that every even integer can be written as the sum of two prime numbers (for example, 18 = 13 + 5). Although this remains unknown in general, Chen Jing-Run proved in 1966 that every sufficiently large even integer can be written as the sum of a prime number and a number with at most two prime factors.
[China 1999; Czech Republic 1993; Greece 1994; Netherlands 2007; Poland 1982]