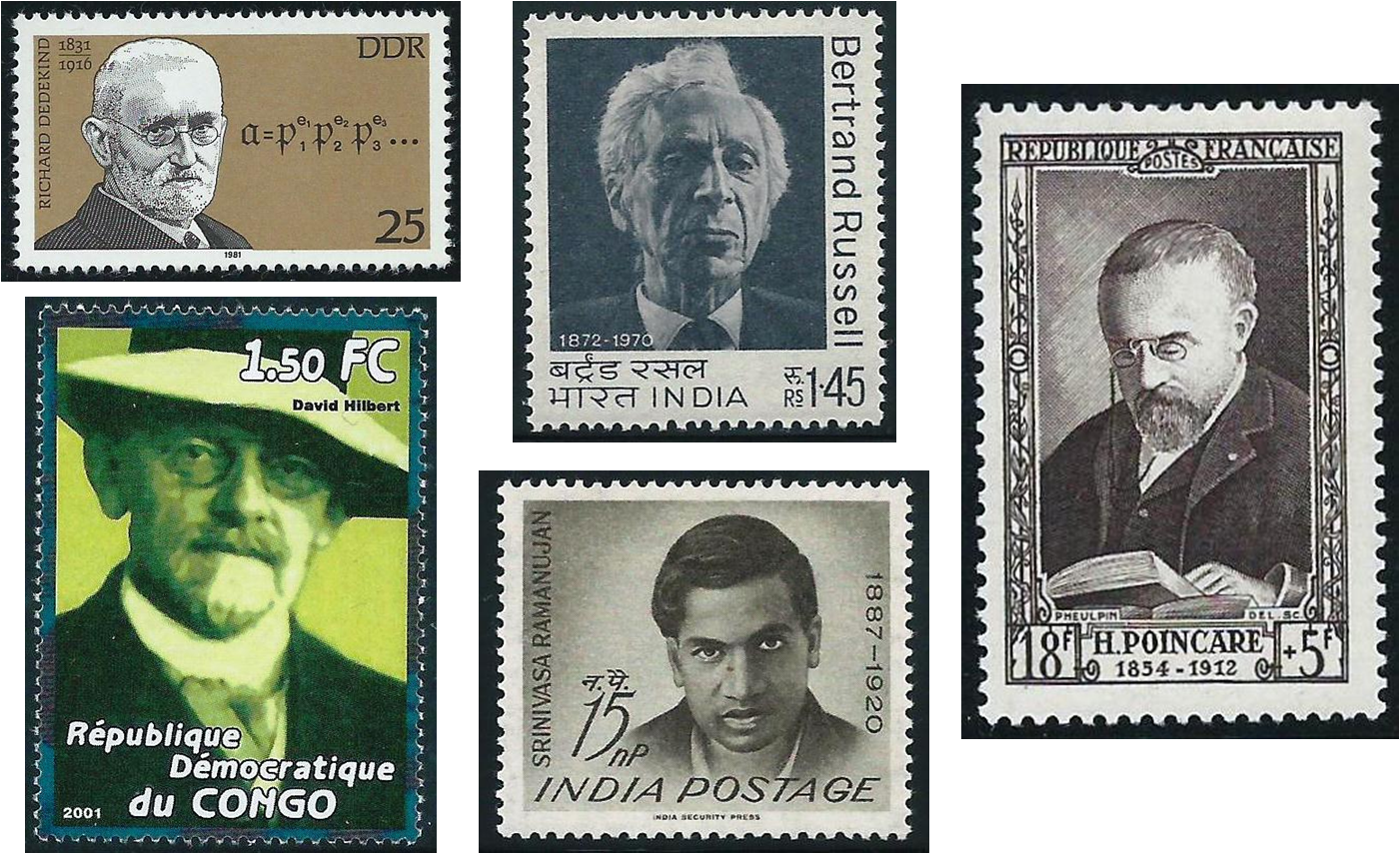 The late 19th century and early 20th century witnessed major advances in several areas of mathematics.
Integers can be factorised as products of prime numbers in only one way (for example, 60 = 22 × 3 × 5), but numbers of other forms may factorise in several ways (for example, 2 × 5 = (4 + √6) × (4 − √6). To circumvent such difficulties, Richard Dedekind (1831–1916) invented the concept of an ideal. The stamp shows the unique factorisation of an ideal as a product of prime ideals.
The mathematical range of David Hilbert (1862–1943) was immense – from abstract number theory and the study of ‘Hilbert spaces’ in analysis to potential theory and the theory of gases. In 1900 he gave a celebrated lecture at the Paris International Congress of Mathematicians, describing twenty-three problems that would set the agenda for research over the coming century.
Henri Poincaré (1854–1912) wrote on the ‘three-body problem’ of determining the simultaneous motion of the sun, earth and moon. One of the most brilliant mathematicians of his time, and a gifted populariser of the subject, Poincaré contributed to many areas, including algebraic topology, differential equations and celestial mechanics.
Bertrand Russell (1872–1970) was one of the outstanding figures of the 20th century who made fundamental contributions to mathematical logic. In 1913 he and A. N. Whitehead completed their Principia Mathematica, a pioneering three-volume work on the logical foundations of mathematics.
Srinivasa Ramanujan (1887–1920) was one of the most intuitive mathematicians of all time. Mainly self-taught, he left India in 1914 to work in Cambridge with G. H. Hardy, producing some spectacular joint papers in analysis and number theory before his untimely death at the age of 32.
[Congo 2001; East Germany 1981; France 1952; India 1962, 1972]