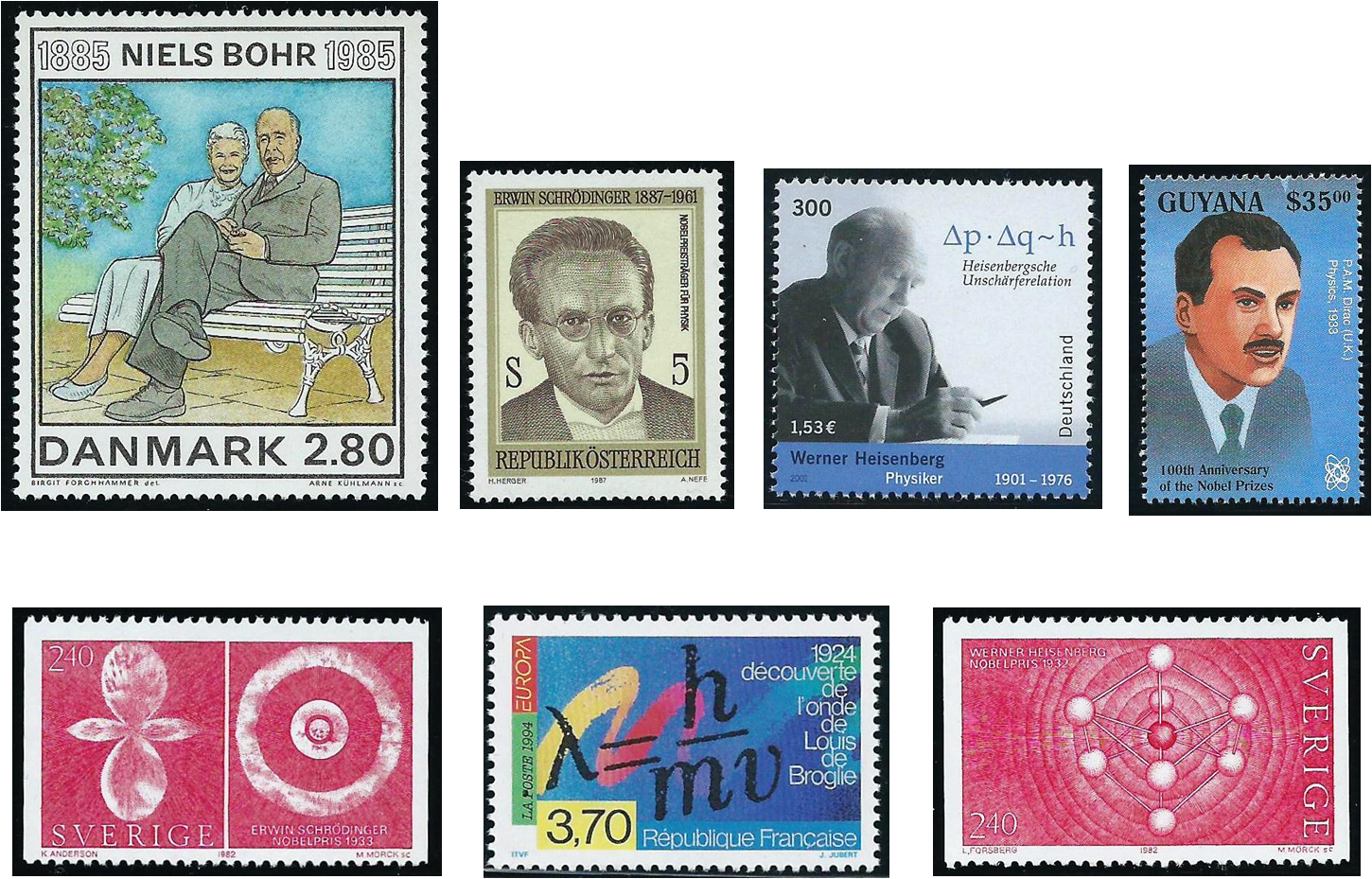 Shortly after Einstein’s paper on the photoelectric effect, Ernest Rutherford’s experiments led to the idea of an atom as a ‘miniature solar system’ in which the electrons orbit around a nucleus. To explain why atoms radiate light at the frequencies observed, Niels Bohr (1885–1962) proposed that the angular momentum of each orbiting electron is an exact multiple of the basic unit h/2pi.
In 1923 Louis de Broglie (1892–1987) suggested that if light waves can behave as particles, then perhaps other particles (such as electrons) can also behave as waves; this was rapidly verified experimentally. In de Broglie’s theory Bohr’s electron orbits are precisely those whose circumference is an integer number of wavelengths.
Twenty-five years after Planck’s quantum hypothesis, physicists still had no coherent understanding of quantum theory, but in 1925 Erwin Schrödinger (1887–1961) learned of de Broglie’s idea that particles can also behave like waves, and found the appropriate partial differential equation to describe these waves. Earlier, Werner Heisenberg (1901–1976) took an algebraic approach, representing quantities such as the position and momentum of an electron by infinite matrices, and deducing his famous ‘Uncertainty Principle’ that it is theoretically impossible to determine them both at the same time.
In 1928 Paul Dirac (1902–1984) derived an equation for the electron that was consistent with Einstein’s theory of relativity, unlike those of Schrödinger and Heisenberg. This equation explained electron spin and led him to predict the existence of antiparticles, such as the positron which was detected four years later.
[Austria 1987; Denmark 1985; France 1994; Germany 2001; Guyana 1995; Sweden 1982]