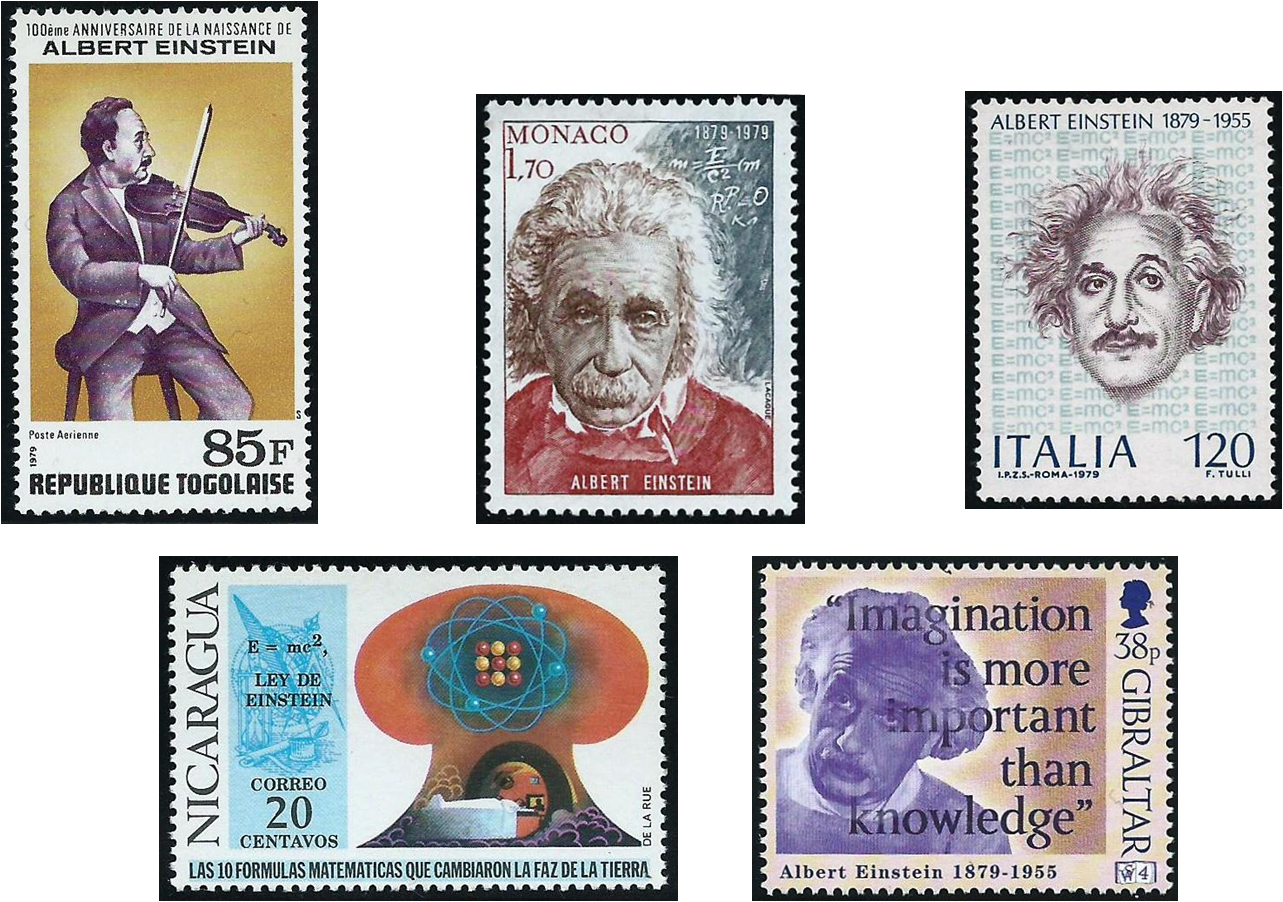 Since the 18th century it had been assumed that all physical motion, whether of planets or atoms, satisfies Newton’s laws of motion. These laws still hold for systems moving at a constant speed relative to each other, so if a smoothly moving train travels at constant speed, the passengers cannot tell whether they are in motion unless they look out of the window, but if the train accelerates, then the motion is noticed.
In 1905 Albert Einstein (1879–1955) published his ‘special theory of relativity’, based on the notion that one cannot determine the absolute motion of a moving object. He assumed that the maximum velocity in the universe is that of light, that the measured value of the speed of light is constant (no matter how fast the observer or light source is moving), and that absolute speed cannot be measured – only speed relative to another object. It follows that objects foreshorten in the direction in which they move, and the faster the motion the shorter they become. It also follows that mass is simply a form of energy, and that the energy E and the mass m are related by the relativity equation E = mc2, where c is the speed of light.
Until that time Maxwell’s wave equations were assumed to be valid only in a particular frame of reference (the ‘ether’ that carries the waves) and were thus unlike Newton’s laws which held for all observers in uniform motion. Einstein reconciled this apparent discrepancy by postulating that the basic laws of physics (including Maxwell’s equations) were the same for all observers in uniform motion relative to one another. Ten years later, in his ‘general theory of relativity’, he extended these ideas to accelerated motion and gravity.
[Gibraltar 1998; Italy 1979; Monaco 1979; Nicaragua 1971; Togo 1979]