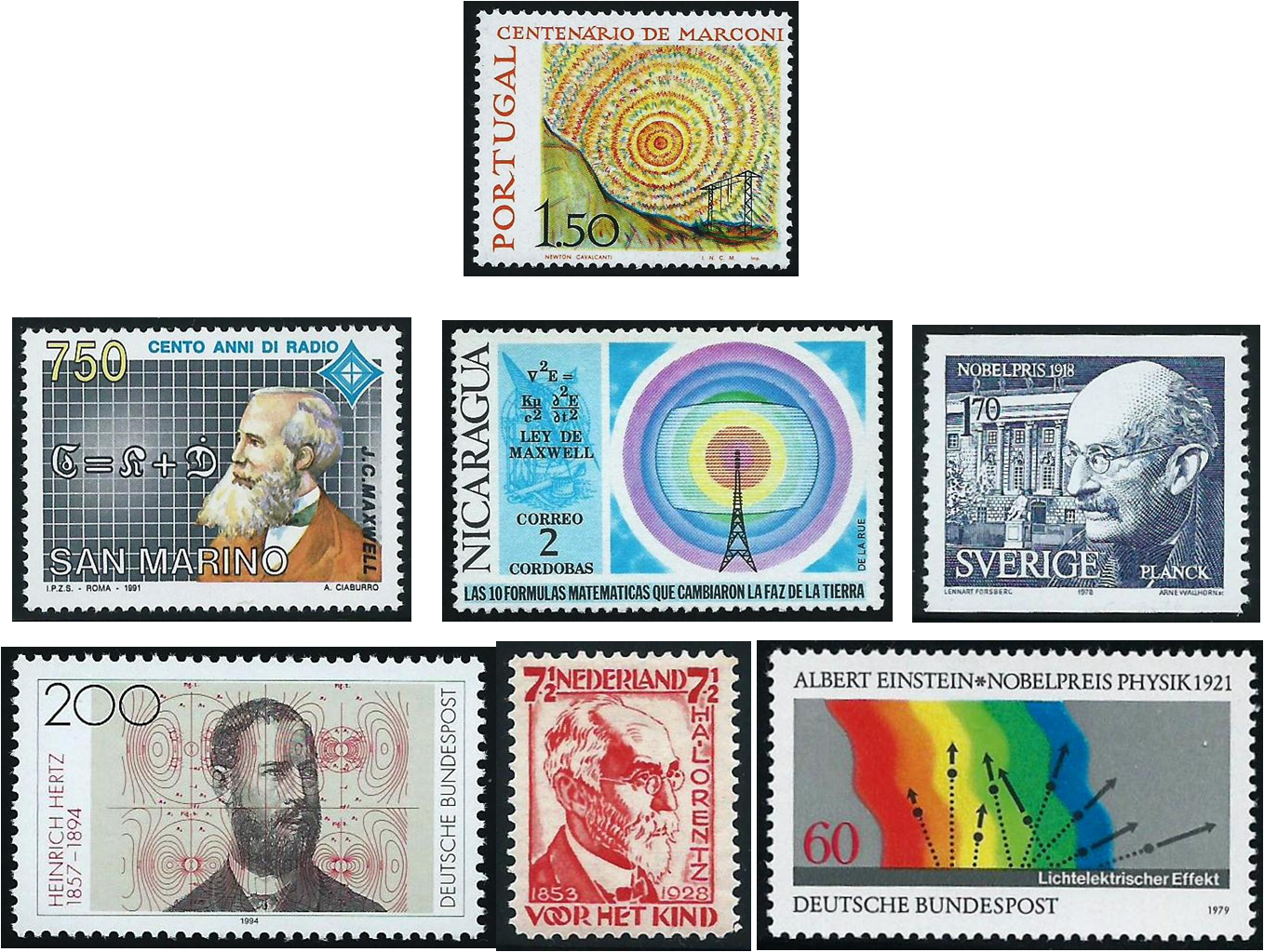 In 1831 Michael Faraday’s experiments led to the discovery of electromagnetic induction, where electricity is induced by changes in a magnetic field. Using the most advanced vector methods of his day, James Clerk Maxwell (1831–1879) synthesised Faraday’s laws of electromagnetism into a coherent mathematical theory, confirming Faraday’s intuition that light consists of electromagnetic waves. His 1873 book Electricity and magnetism contained his fundamental mathematical laws of electromagnetism (Maxwell’s laws) and predicted the existence of such phenomena as radio waves.
In 1888 Heinrich Hertz (1857–1894) confirmed this; his Hertzian waves later formed the basis of Marconi’s work on radio telegraphy. Hendrik Lorentz (1853–1928) showed how Maxwell’s electromagnetic waves interact with matter consisting of atoms within which are distributions of electric charge. He predicted that magnetic fields modify the spectral lines of atoms, and this was confirmed by his pupil Pieter Zeeman with whom he shared the 1902 Nobel Prize for Physics.
Maxwell’s electromagnetic theory of light, and experiments on the newly invented light bulb, led scientists to consider how atoms emit light. At first it seemed that all the light should have very high frequency. Reconciling theory with experiment, Max Planck (1858–1947) announced the first steps towards ‘quantum theory’ by postulating that atoms can emit light only in small packets (called ‘quanta’) whose energy E is proportional to their frequency ν – thus, E = hν, where h is ‘Planck’s constant’.
In 1905 Albert Einstein explained the ‘photoelectric effect’, that light behaves like particles and can liberate electrons on impact with a metal surface. His paper, which led to his 1921 Nobel Prize in Physics, showed that Planck’s equation E = hν is a fundamental feature of light itself, rather than of the atoms.
[Germany 1979, 1994; Netherlands 1929; Nicaragua 1971; Portugal 1974; San Marino 1991; Sweden 1978]