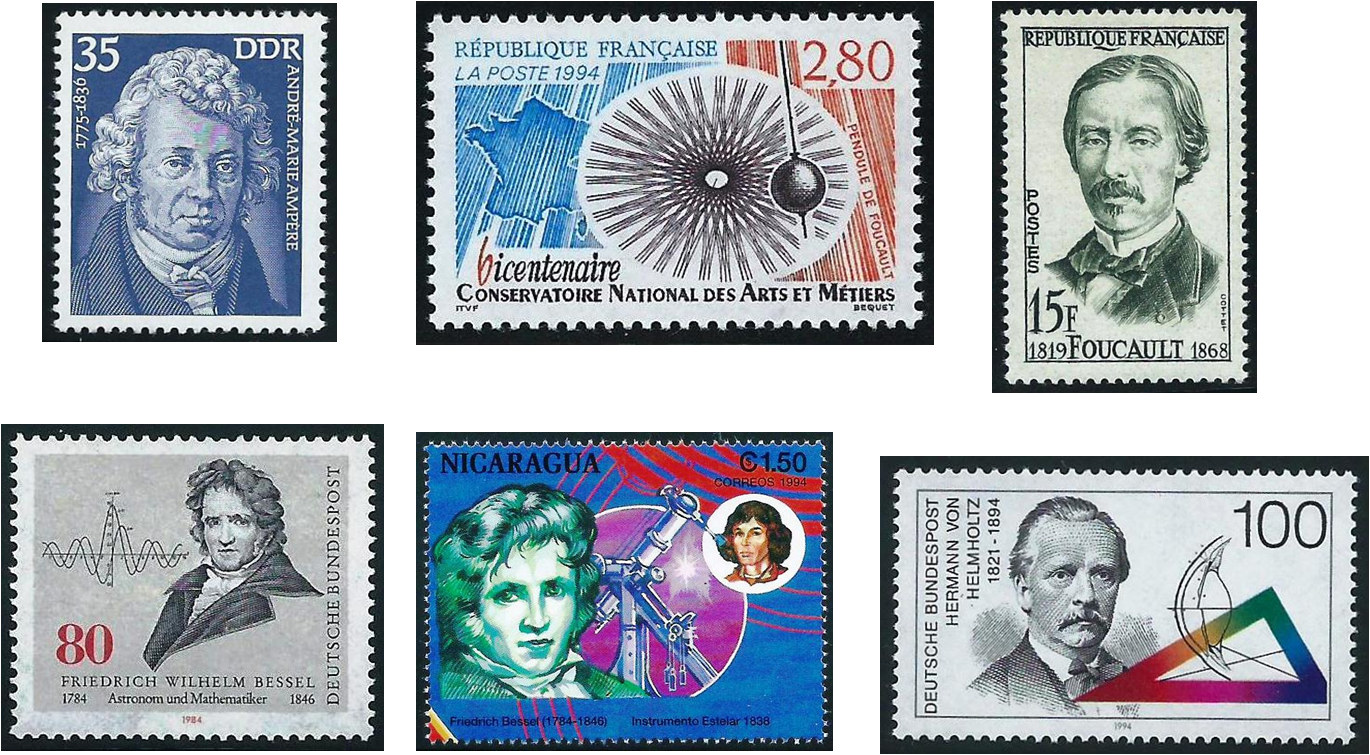 If a compass needle is placed near a wire that carries electrical current, it is deflected. This observation, relating electricity and magnetism, led to the subject of ‘electromagnetism’. A French mathematical physicist who is best remembered for his work in this area was André-Marie Ampère (1775–1836); the SI unit of current flow is named after him. He was the first to apply advanced mathematics to magnetic and electrical phenomena, and ‘Ampère’s law’ relates the magnetic field between two wires to the product of the currents in them.
In 1851 Jean Foucault (1819–1868) presented his pendulum experiment, designed to show the rotation of the earth on its axis. A heavy ball was suspended from the dome of the Panthéon in Paris and allowed to swing. After a while the swinging pendulum’s path had shifted, showing that the earth must rotate.
In Germany Friedrich Wilhelm Bessel (1784–1846) made measurements on over 50,000 stars and was the first to use the method of parallax to measure interstellar distances. While investigating a problem of Kepler he introduced the Bessel functions Jn(x) which satisfy a certain second-order differential equation, with applications throughout physics; the German stamp shows J0(x) and J1(x).
Bessel functions also arise in the solution of Helmholtz’s wave equation when cylindrical or spherical symmetry is involved. Hermann von Helmholtz (1821–1894) was a German/Prussian physicist, mathematician and biologist who invented the ophthalmoscope for viewing the eye, formulated the general law of the conservation of energy, and wrote on the mathematics of sound and electromagnetic waves.
[East Germany 1975; France 1958, 1994; Germany 1979, 1984, 1994; Nicaragua 1994]