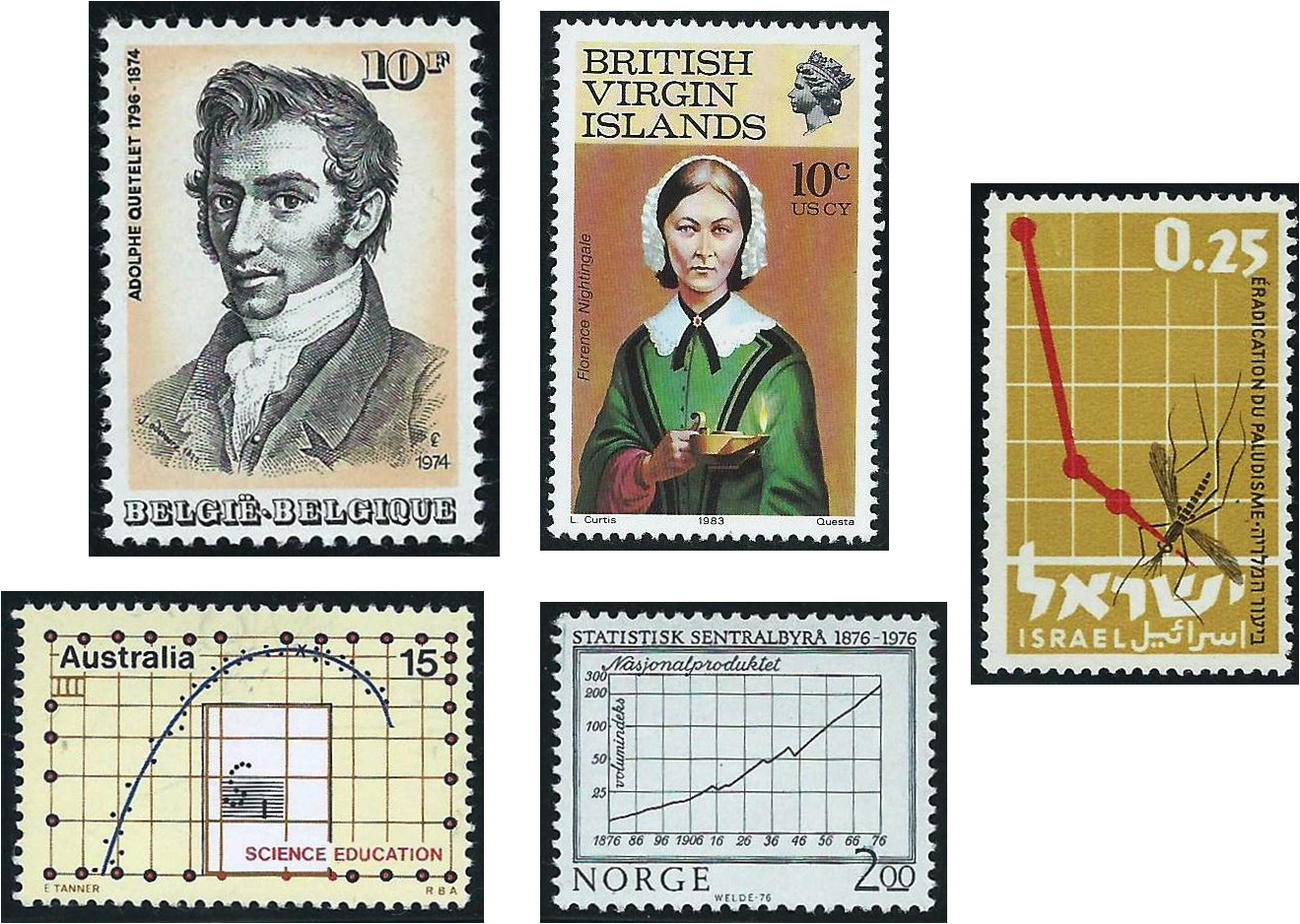 We have already noted several contributions to probability and statistics: de Witt’s applications of probability to economics, Huygens’ formal probability text, Jakob Bernoulli’s ‘law of large numbers’. and Condorcet’s theory of voting.
In the early 19th century the ‘method of least squares’ was developed by Gauss and by Adrien-Marie Legendre. Given a range of data arising from an experiment, the aim is to find the best-fit curve of a given type (such as a straight line or quadratic curve) that most closely fits them. Gauss was led to this method while trying to predict the orbit of the newly discovered asteroid Ceres.
Adolphe Quetelet (1796–1874) was supervisor of statistics for Belgium, pioneering techniques for taking the national census. His desire to find the statistical characteristics of an ‘average man’ led to his compiling the chest measurements of 5732 Scottish soldiers and observing that the results were distributed normally around a mean of 40 inches. Quetelet’s investigations helped to lay the foundations of modern actuarial science.
Florence Nightingale (1820–1910) was strongly influenced by the work of Quetelet. Remembered as the ‘lady with the lamp’ who saved many lives through her sanitary improvements in Crimean War hospitals, she was also a fine statistician who collected and analysed mortality data from the Crimea and displayed them using her ‘polar diagrams’, a forerunner of the pie chart. A number of stamps have featured statistical themes, such as a graph showing the Norwegian gross national product from 1876 to 1976, and one depicting the decline in malaria.
[Australia 1974; Belgium 1974; British Virgin Islands 1983; Israel 1962; Norway 1976]