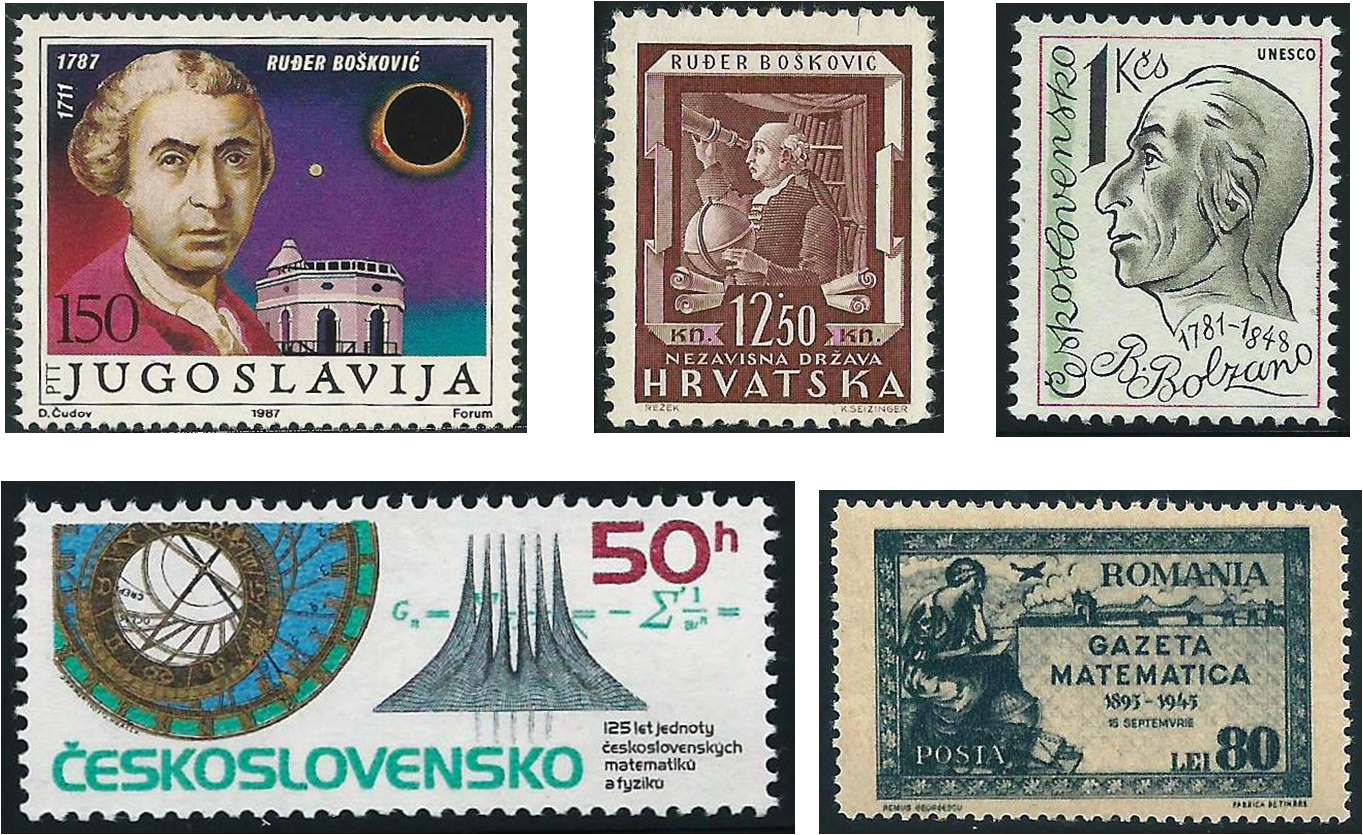 Ruđer Bošcović [Ruggiero Boscovich] (1771–1787) was born in Ragusa (now Dubrovnik). Interested in astronomy, gravitation, trigonometry and optics, he was the first to compute a planet’s orbit from just three observations of its position. Bošcović anticipated later atomic theory by regarding atoms, not as hard indivisible entities, but as centres of force. He also developed an early version of the method of least squares in statistics.
Bernhard Bolzano (1781–1848) was born in Prague. Like Cauchy, he wished to formalise the idea of a continuous function, and proved the ‘intermediate value theorem’ that the graph of a continuous function takes on all values between its lowest and highest points. He also obtained a function that is continuous everywhere but differentiable nowhere. Living in Prague, he was isolated from mainstream mathematical activity and his contributions had little impact.
The Union of Czechoslovak Mathematicians and Physicists was founded in 1862, and its 125th anniversary was commemorated by three stamps. One of these features the Prague astronomical clock and a computer graphic from the theory of functions, superimposed on a result from analysis.
The Romanian monthly Gazeta Matematica was first published in 1895. With its aim of developing the mathematical knowledge of high-school students, it has had an enormous influence on mathematical life in Romania.
[Croatia 1943; Czechoslovakia 1981, 1987; Romania 1945; Yugoslavia 1987]