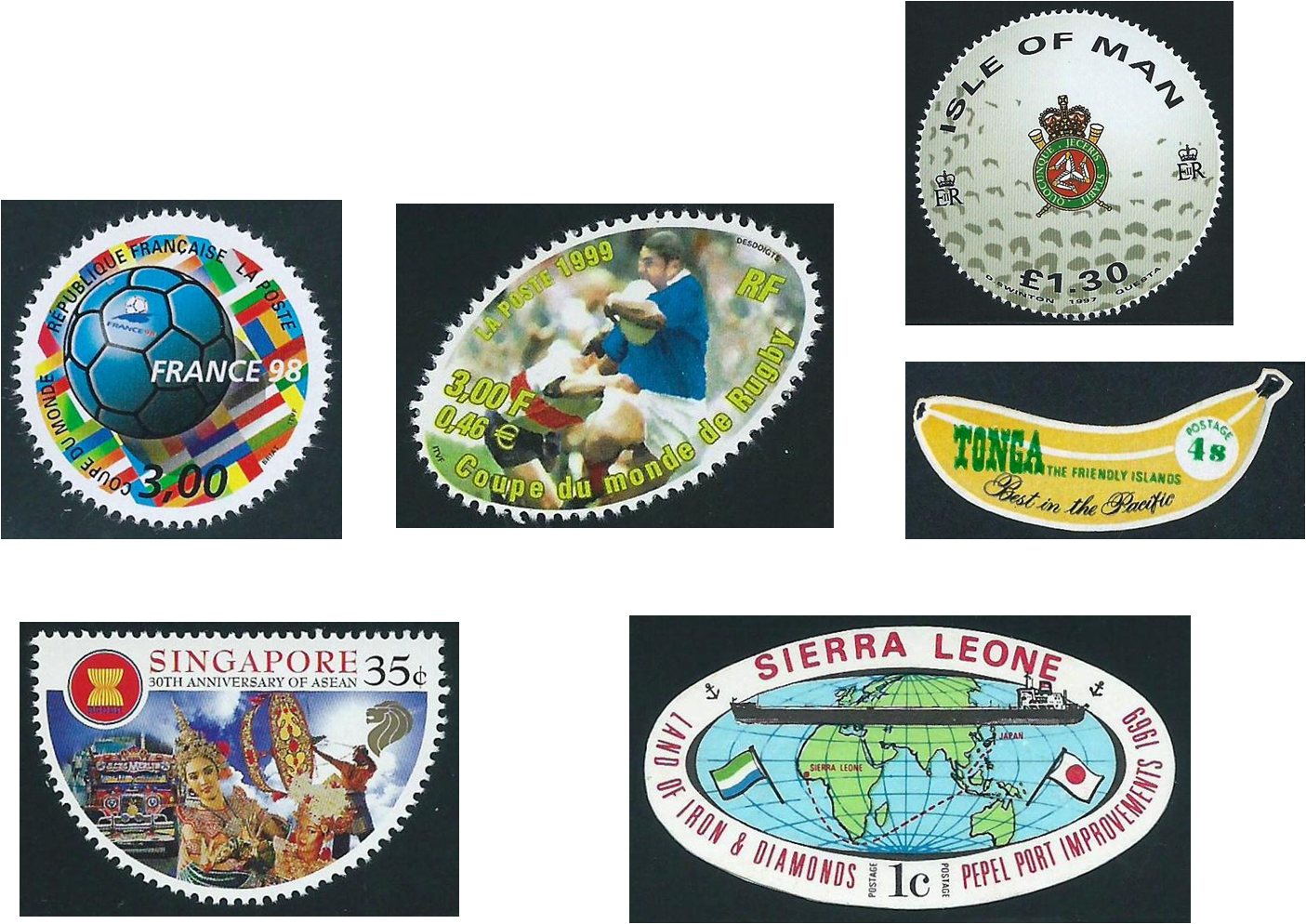 Many countries have issued circular stamps, often to commemorate sporting events; examples include a golf-ball stamp from the Isle of Man and a French football stamp, and France also produced a stamp in the shape of a rugby ball. A set of semi-circular stamps was produced by Singapore and a set of elliptical stamps was issued by Sierra Leone.
[France 1998, 1999; Isle of Man 1997, Singapore 1997; Sierra Leone 1969; Tonga 1969]