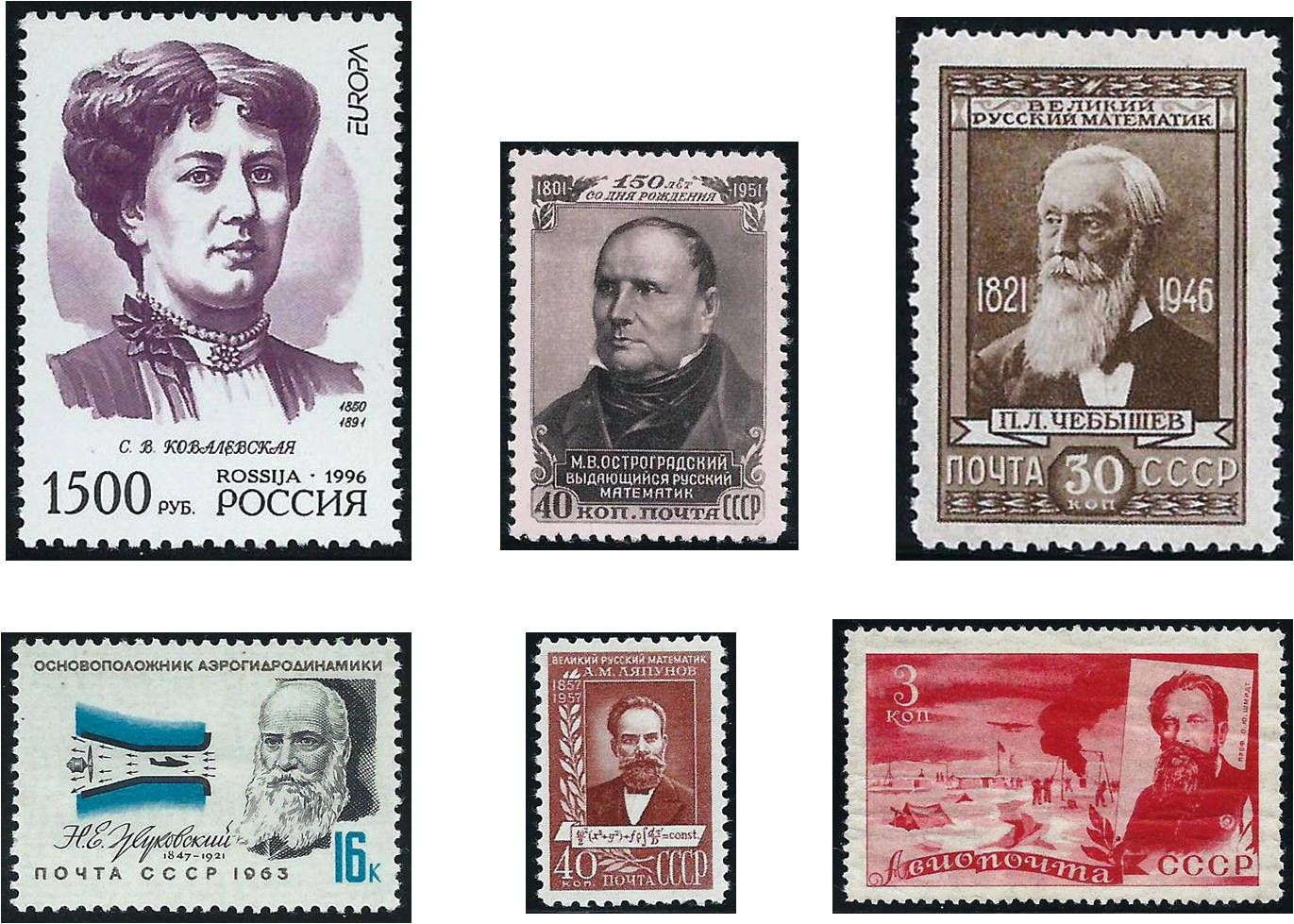 The 19th and 20th centuries produced many fine Russian mathematicians, such as Nikolai Lobachevsky, co-originator of non-Euclidean geometry.
Mikhail Ostrogradsky (1801–1861) took up mathematics to finance his ambition of becoming an army officer. While studying in Paris, he worked in mathematical physics, proving the ‘divergence theorem’, often ascribed to Gauss. He later achieved his ambition by teaching mathematics in the Russian military academies.
A generation later was Pafnuty Chebyshev (1821–1894), who founded the St Petersburg School of Mathematics. He is remembered for his work on probability (‘Chebyshev’s inequality’), orthogonal functions (‘Chebyshev polynomials’), and the distribution of prime numbers.
Aleksandr Lyapunov (1857–1918) was much influenced by Chebyshev. He worked on the stability of rotating liquids and the theory of probability. In 1918 his wife died of tuberculosis; Lyapunov shot himself the same day and died shortly after.
Nikolai Zhukovsky (1847–1921) studied the flow of a fluid around solid objects. Considered ‘the father of Russian aviation’, he analysed the air-flow around an aeroplane wing, thereby making it possible to solve the problem of lift.
Sonya Kovalevskaya (1850–1891) made valuable contributions to mathematical analysis and partial differential equations. Barred by her gender from studying in Russia, she went to Heidelberg and Berlin, later becoming the first female professor in Stockholm. She won the coveted Prix Bordin of the French Academy for a memoir on the rotation of bodies.
Otto Schmidt (1891–1956) was a distinguished algebraist and polar explorer who wrote a celebrated book on the theory of groups and was rescued from a stranded ice-breaker during a polar scientific expedition.
[Russia 1933, 1946, 1951, 1957, 1963, 1996]