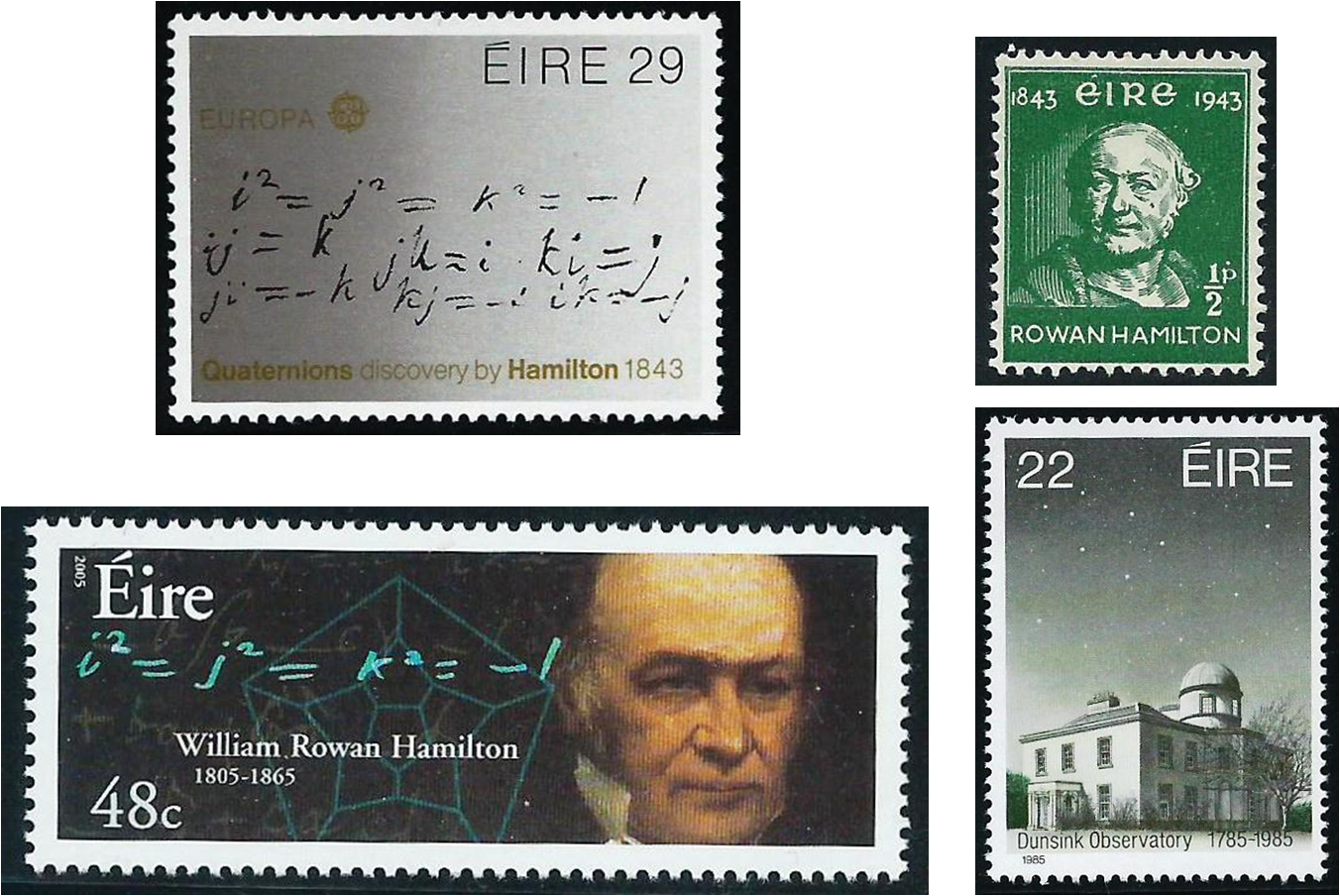 William Rowan Hamilton (1805–1865) was a child prodigy who mastered several languages at an early age, discovered an error in Laplace’s treatise on celestial mechanics while a teenager, and became Astronomer Royal of Ireland and Director of Dublin’s Dunsink Observatory while still an undergraduate.
Hamilton made several important advances in mechanics and geometrical optics, and while attempting to generalise the complex numbers discovered a ‘non-commutative system’ (where x × y ≠ y × x). These were the quaternions: expressions of the form
a + bi + cj + dk, where i2 = j2 = k2 = –1 and ij = –ji, jk = –kj, ik = –ki.
[Ireland 1943, 1983, 1985, 2005]