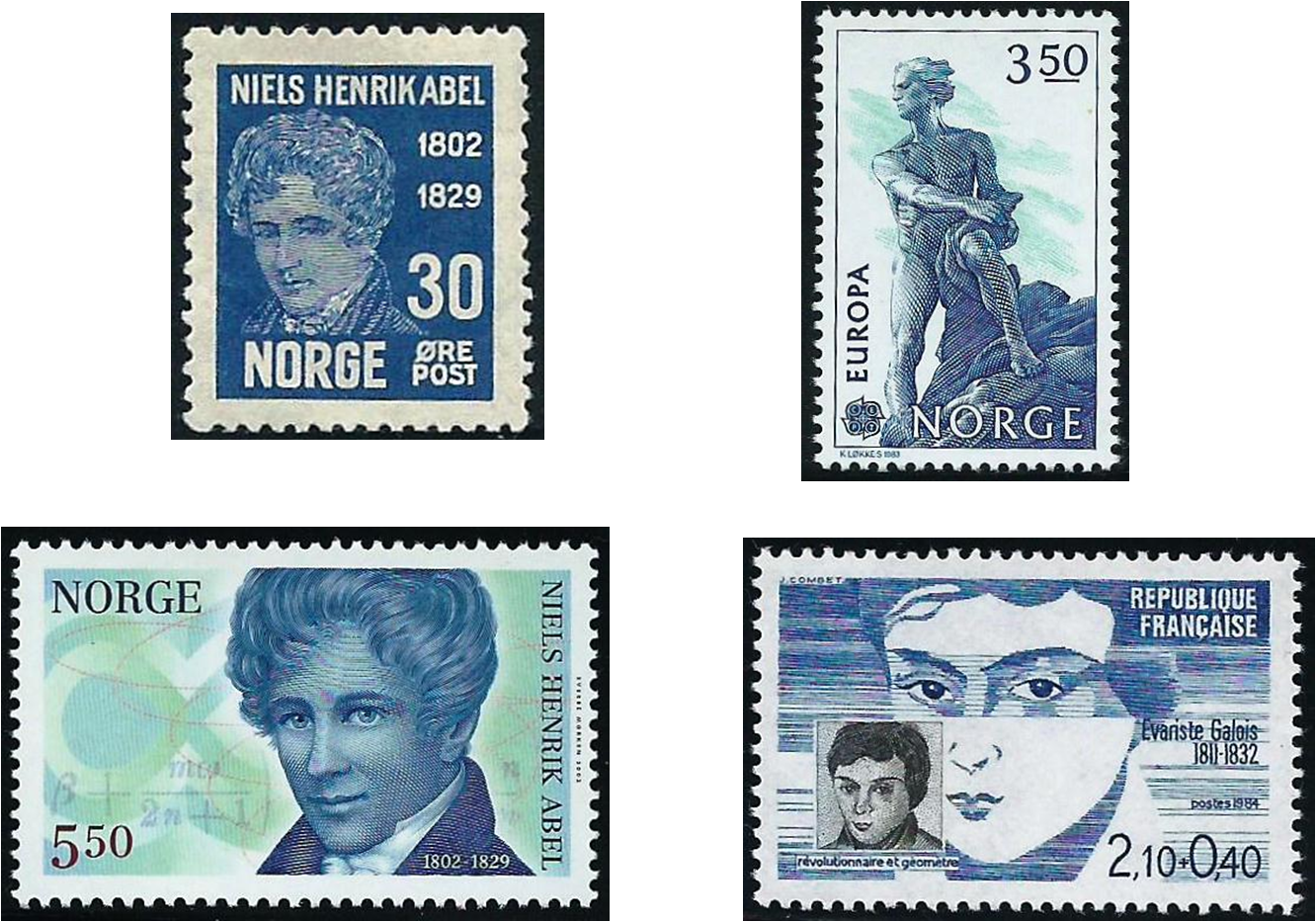 Since Mesopotamian times people have solved quadratic equations using only arithmetic operations and the taking of roots, and in the 16th century Italian mathematicians developed similar methods for solving equations of degree 3 and 4. But little progress was made in finding general solutions for equations of degree 5 or more, even by mathematicians such as Euler and Lagrange.
In 1826, during his travels in France and Germany, the Norwegian mathematician Niels Henrik Abel (1802–1829) proved that no such general solution can exist. He also obtained fundamental results on elliptic functions and the convergence of series, and several mathematical concepts are named after him. A monument to Abel by Gustav Vigeland was erected in Oslo in 1908.
Abel’s work was continued by the brilliant young French mathematician Évariste Galois (1811–1832), who determined which equations can be solved by radicals. Galois had a short and turbulent life, being sent to jail for political activism. He died tragically in a duel at the age of 20, having sat up the previous night summarising his mathematical achievements for posterity.
[France 1984; Norway 1929, 1983, 2002]