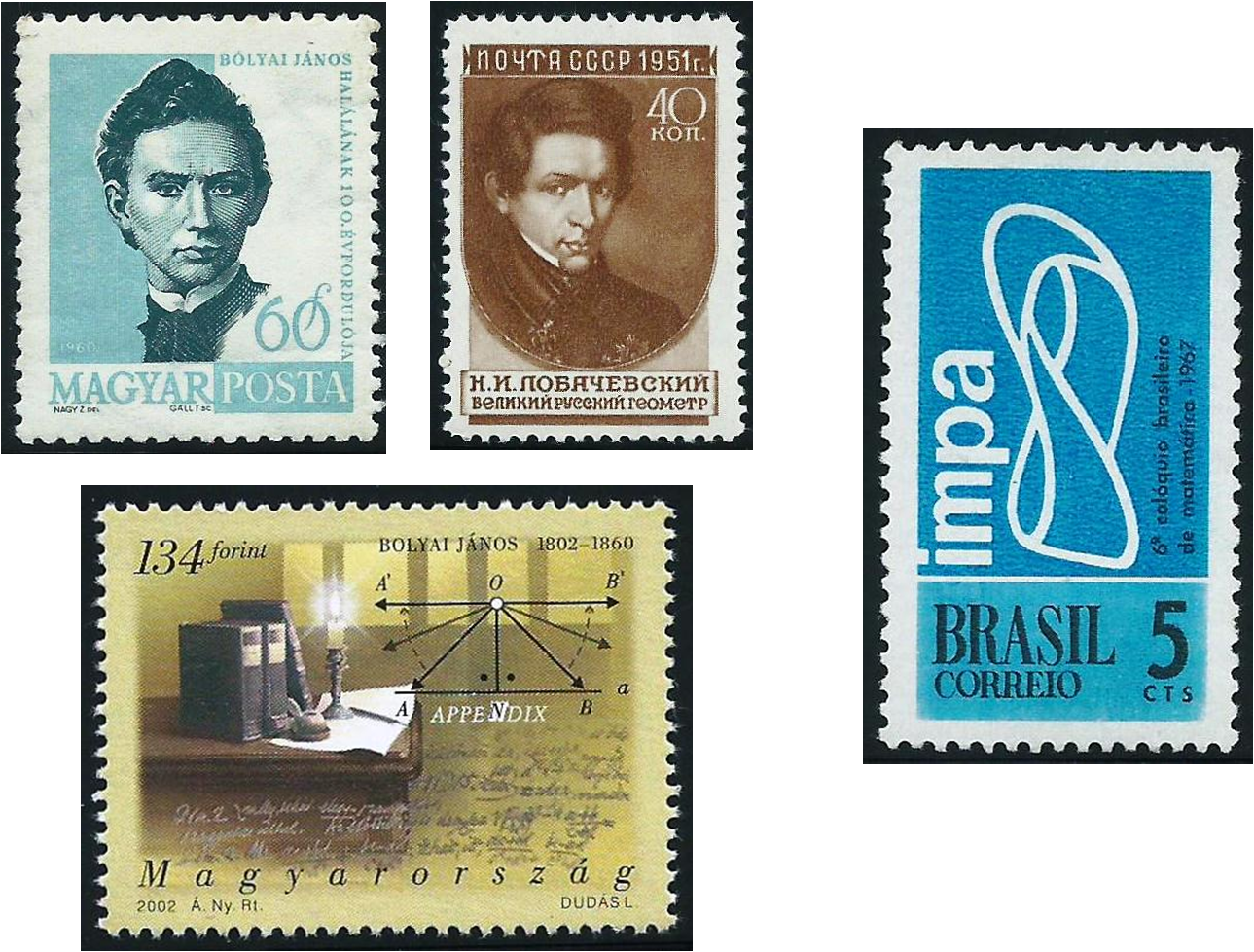 Euclid’s Elements commences with five ‘postulates’. Four are straightforward, but the fifth differs in style, resembling a theorem that ought to be provable from the others: if a line crosses two other lines and if the sum of the included angles is less than 180°, then these lines must meet if extended indefinitely. This result is equivalent to the parallel postulate: given any line l and any point p not lying on l, there is a line through p that is parallel to l.

The existence of such non-Euclidean geometries was discovered in the 19th century by the Russian mathematician Nikolai Lobachevsky (1792–1856) and the Hungarian János Bolyai (1802–1860). When Bolyai’s father outlined János’s work to his friend Gauss, the latter dismissed it as something he had discovered previously but never published; the Bolyais never forgave Gauss for this. Neither mathematician gained widespread recognition for his efforts until after his death.

Another interesting geometrical object is the Möbius strip or Möbius band, named after the German mathematician and astronomer August Möbius (1790–1868), who discovered it in 1858. It has only one side and one boundary edge. To construct it, take a long rectangular strip of paper, twist one end through 180°, and then glue the ends together.