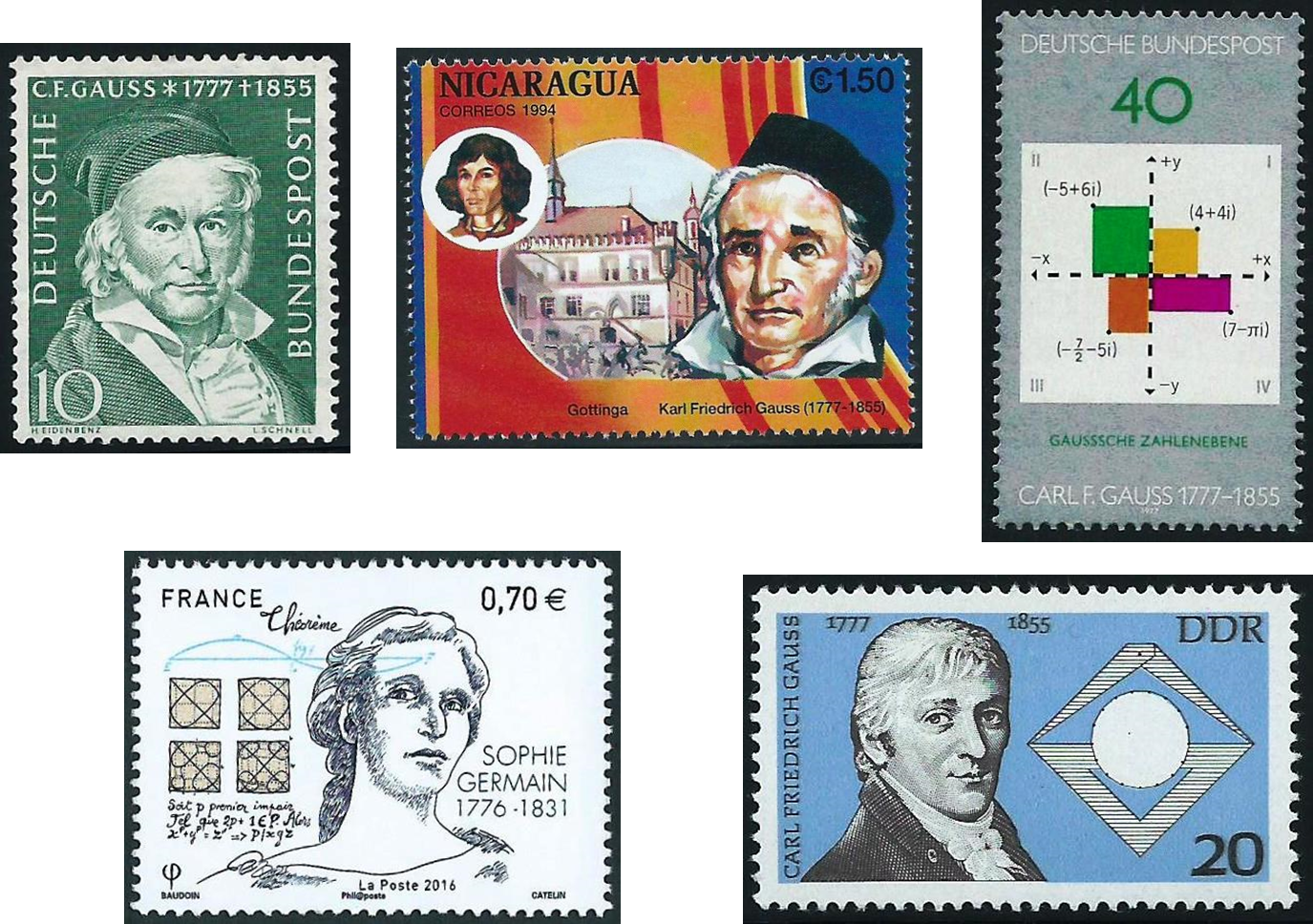 Carl Friedrich Gauss (1777–1855) lived in Göttingen and worked in many areas, ranging from complex numbers (numbers of the form a + bi, where i2 = –1) to astronomy and electricity. He gave the first satisfactory proof that every polynomial equation has a complex root, and in number theory he initiated the study of congruences and proved the law of quadratic reciprocity.
Gauss also investigated which regular polygons can be constructed with ruler and compasses, proving that a regular n-gon can be so constructed when n is a power of 2 times a product of different Fermat primes of the form 2k + 1 (where k is a power of 2) such as 17 (as shown on the East German stamp) or 65,537.
[East Germany 1977; Germany 1955, 1977; Nicaragua 1994]