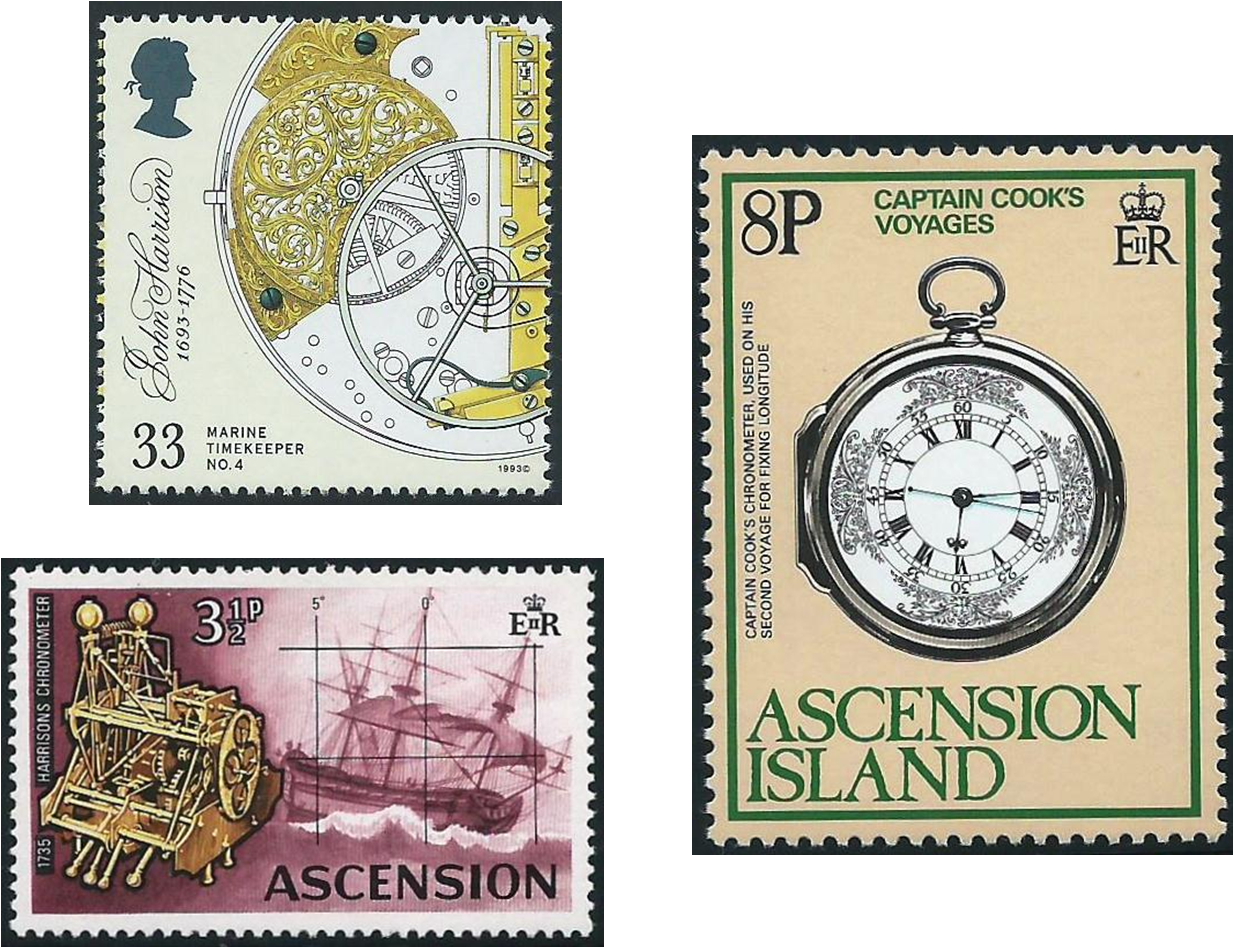 To determine latitude north or south of the equator a mariner simply measured the angle between the sun or pole star and the horizon. However, to determine longitude east or west of home he had to compare local time with the same time at home: each hour’s difference corresponds to 15° longitude, or about 1000 miles at the equator. Thus, accurate clocks were required that could be used on board a rolling ship, unaffected by changes in temperature and involving no hanging weights. Many lives were lost through inaccurate longitude readings, and in 1714 the British Parliament set up the ‘Board of Longitude’ which offered a £20,000 prize for a reliable timepiece.
In the absence of accurate chronometers, astronomical methods had been sought by Galileo, Huygens, Newton, Halley and others, but it was the chronometers of John Harrison (1693–1776) that won the day. Over a period of forty years he constructed five timekeepers of increasing complexity. The first was used on a voyage to Lisbon in 1735, during which it erred by only a few seconds. Eventually, after much prevarication by the Board of Longitude, the prize was awarded to Harrison for his H5 chronometer.
[Ascension 1971, 1979; Great Britain 1993]