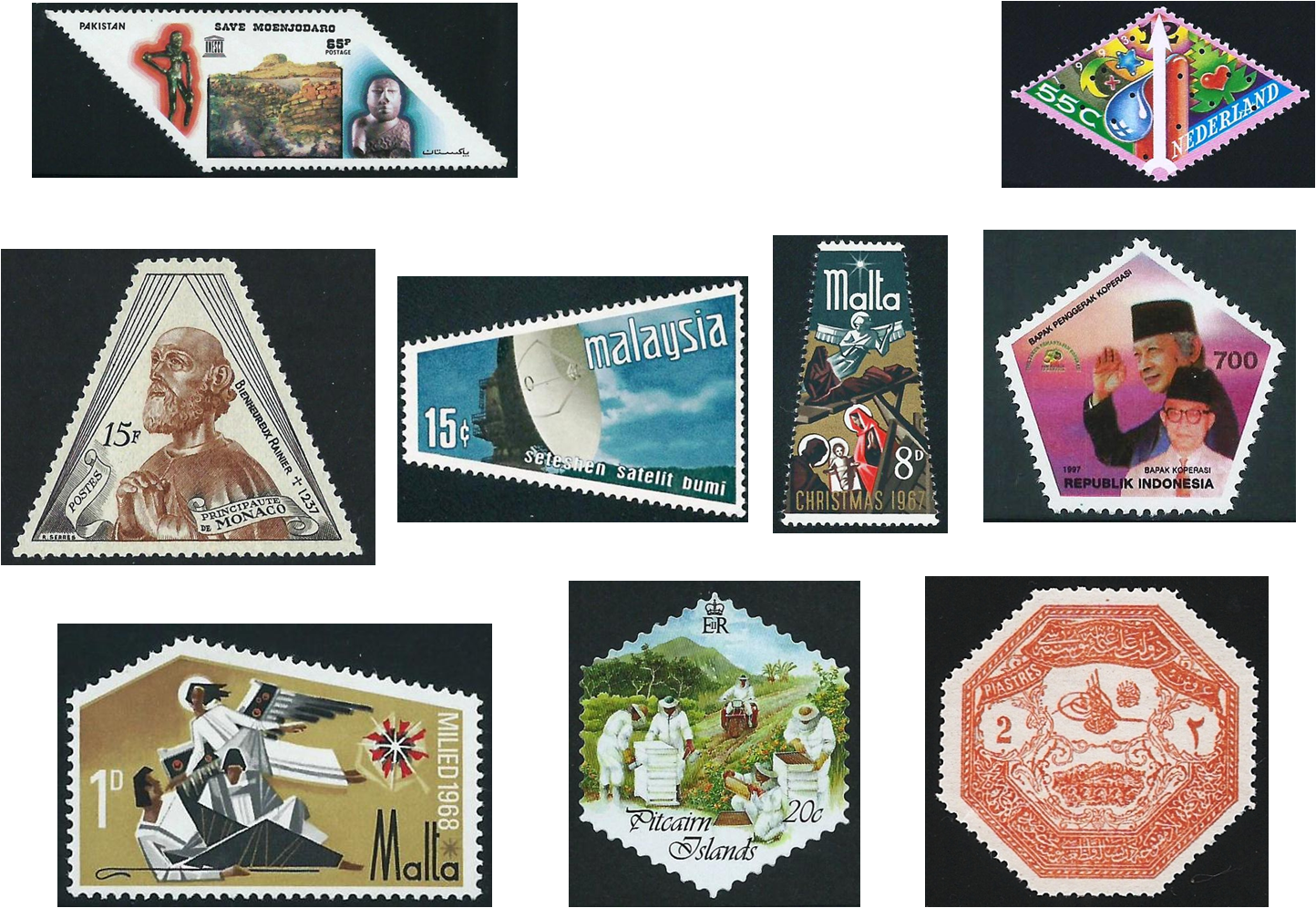 Although stamps are normally rectangular, they can also take the form of other quadrilaterals, such as parallelograms, rhombuses and trapezia. A few countries have produced pentagonal stamps. From Indonesia and the United States come stamps in the shape of a regular pentagon, while Malta has issued Christmas stamps in the form of an irregular pentagon, representing the crib at Bethlehem.
Hexagonal stamps, in the form of a honeycomb tessellation and depicting various aspects of bee-keeping, were issued by the Pitcairn Islands. An early set of octagonal stamps was produced by Thessaly; these came supplied with four corners that were removed before mailing.
[Indonesia 1997; Malaysia 1970; Malta 1968; Monaco 1955; Netherlands 1993; Pakistan 1976; Pitcairn Islands 1999; Thessaly 1898]