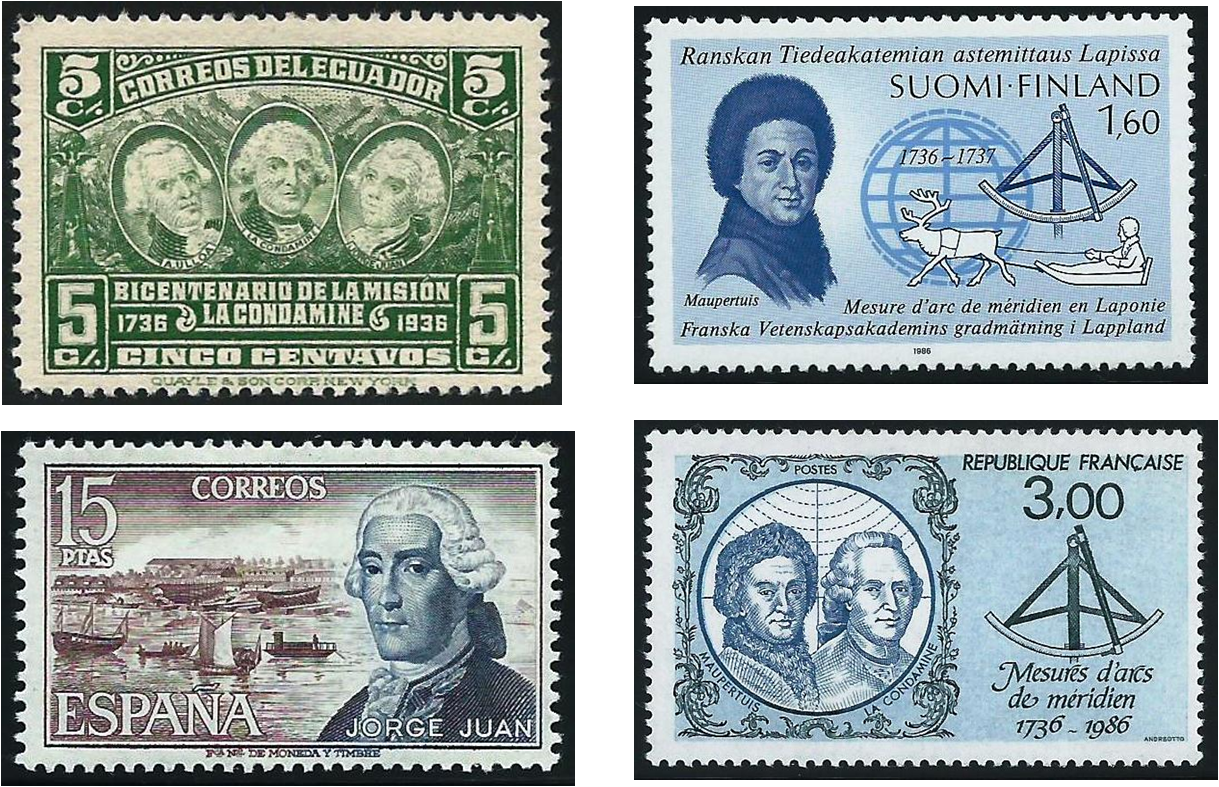 Reactions to Newton’s approach to gravitation in his Principia Mathematica were mixed. In England the book was well received, even though few readers understood it, and its reception in the Netherlands was equally positive.
However, not everyone was receptive, particularly in France. The Principia was long and difficult and raised awkward questions concerning the shape of the earth. Descartes had earlier proposed his vortex theory of the universe, a consequence of which was that the earth is ‘lemon-shaped’. Newton had criticised Descartes’s ideas in his Principia, instead predicting a flattening of the earth at the poles, so that the earth is ‘onion-shaped’.
National pride was at stake, and the matter was becoming urgent since inaccurate map-making was leading to the loss of lives at sea. Eventually, in 1735, two geodetic missions were dispatched to settle the matter by measuring the swing of a pendulum at the equator and near the North Pole. One mission, led by Charles Marie de la Condamine, went to Peru and included the Spanish mathematician and cosmographer Jorge Juan (1712–1773); the other, led by Pierre de Maupertuis, travelled to Lapland. These missions confirmed that Newton’s theory was indeed correct: the earth is flattened at the poles. [Ecuador 1936; Finland 1986; France 1986; Spain 1974]