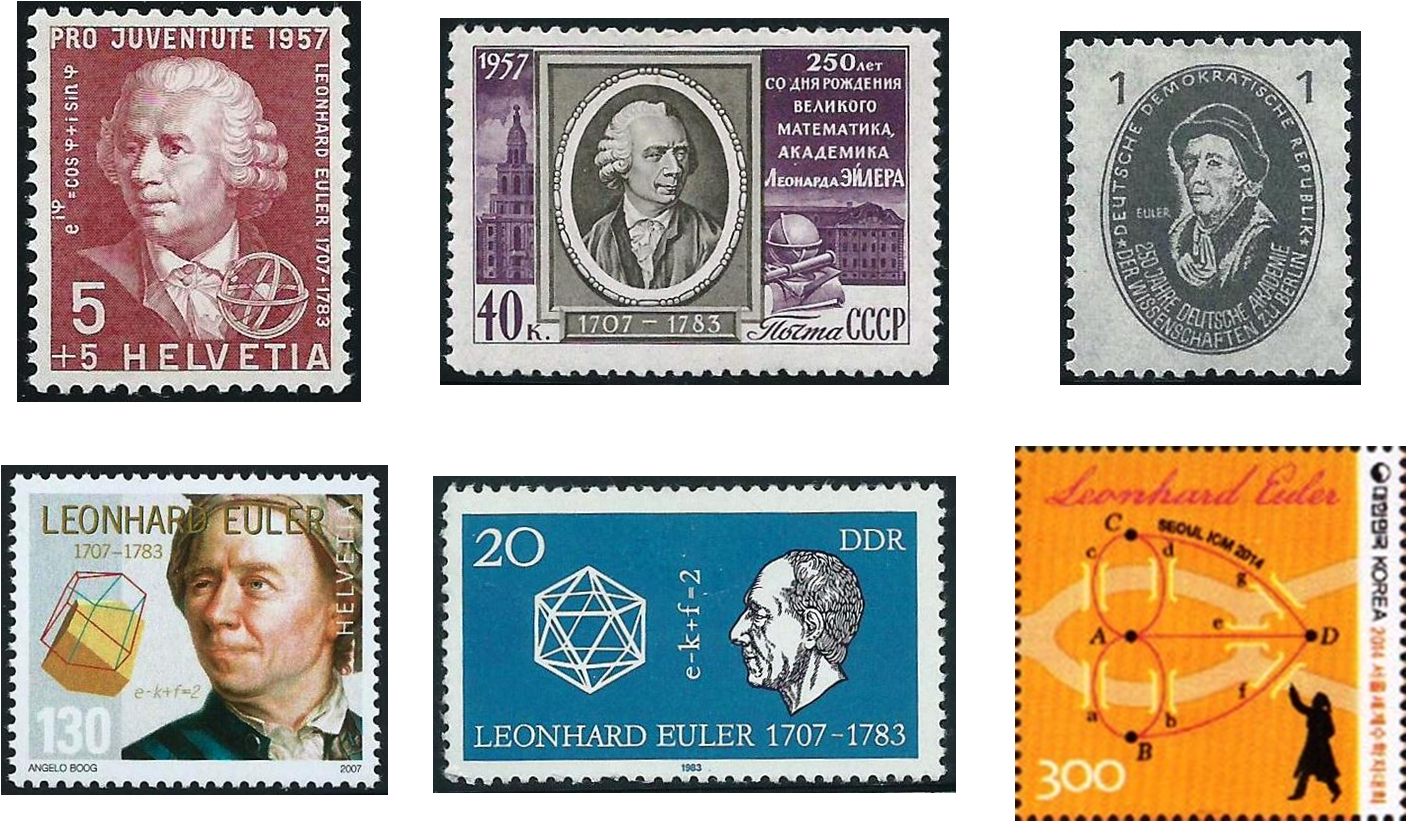 Born in Basel, Leonhard Euler (1707–1783) spent most of his working life at the scientific academies of St Petersburg and Berlin. Probably the most prolific mathematician of all time, he contributed to almost every branch of mathematics and the physical sciences, including number theory, differential equations, mechanics, astronomy and optics.
Euler reformulated the calculus using the idea of a function. He introduced the notations e (= 2.718…), i (= sqrt−1), sum (summation) and f (for a function), and related the exponential and trigonometrical functions by means of the fundamental equation ei fi = cos fi + i sin fi, shown on one of the Swiss stamps. In 1735 he solved the Königsberg bridges problem, which asked whether it is possible to cross each of the seven bridges of the city of Königberg without visiting any bridge twice. In 1750 he discovered his polyhedron formula F + V = E + 2, relating the numbers of vertices, edges and faces of a polyhedron; for the icosahedron on the East German stamp, 20 + 12 = 30 + 2.
[East Germany 1950, 1983; Korea 2014; Russia 1957; Switzerland 1957, 2007]