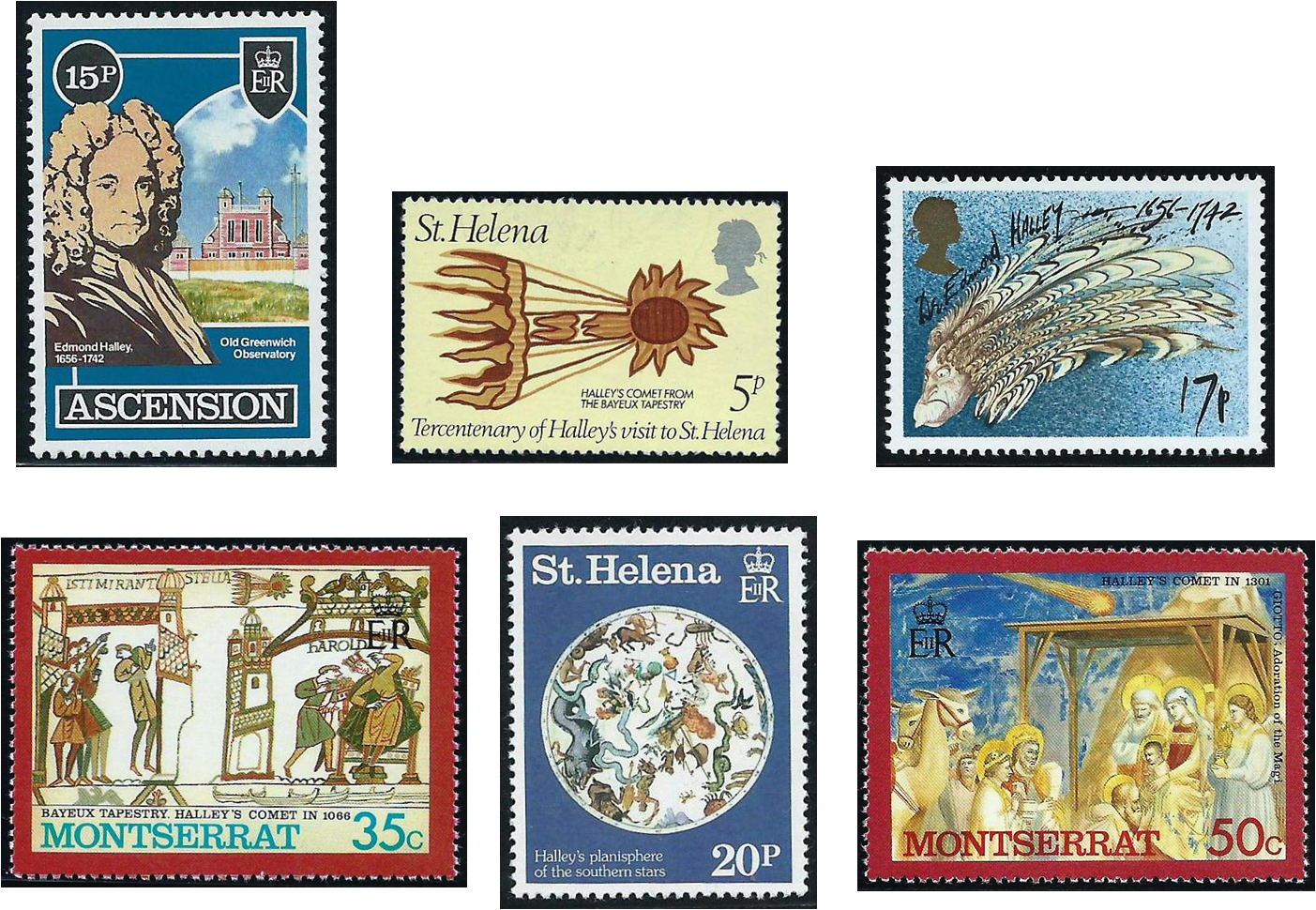 Edmond Halley (1656–1742) is primarily remembered for the comet whose return he predicted and which is named after him. While still an undergraduate at Oxford University, Halley sailed to St Helena to explore the skies of the southern hemisphere and prepare the first accurate catalogue of the stars in the southern sky. On his return he was elected to the Royal Society of London where he conversed with other scientists and carried out his researches into the solar system, comets and geophysics.
In the 1680s Halley persuaded Isaac Newton to develop his ideas on gravitation and publish them in the Principia Mathematica; Halley himself paid for the publication. In 1704 he became Savilian Professor of Geometry in Oxford, where he prepared a definitive edition of Apollonius’s Conics. In 1720, he became Astronomer Royal and thereafter spent most of his time at the Greenwich observatory.
The earliest recorded appearances of Halley’s comet was in 240 BC when it was reported by Chinese astronomers. Thereafter it has reappeared every 75 to 80 years. It made a spectacular return in 1066, being depicted in the Bayeux tapestry of the Norman conquest, and the comet’s appearance in 1301 inspired the Italian painter Giotto to include it in his painting Adoration of the Magi.
Halley himself observed the comet in 1682, and realised that it was the same one that had been seen in 1531 and 1607. In 1705 he predicted its return in late 1758 or early 1759, and its appearance on Christmas Day 1758, several years after Halley’s death, did much to vindicate Newton’s theory of gravitation. It was on the basis of this prediction that the comet came to be named ‘Halley’s comet’.
[Ascension 1986; Great Britain 1986; Montserrat 1986; St Helena 1977, 1986]