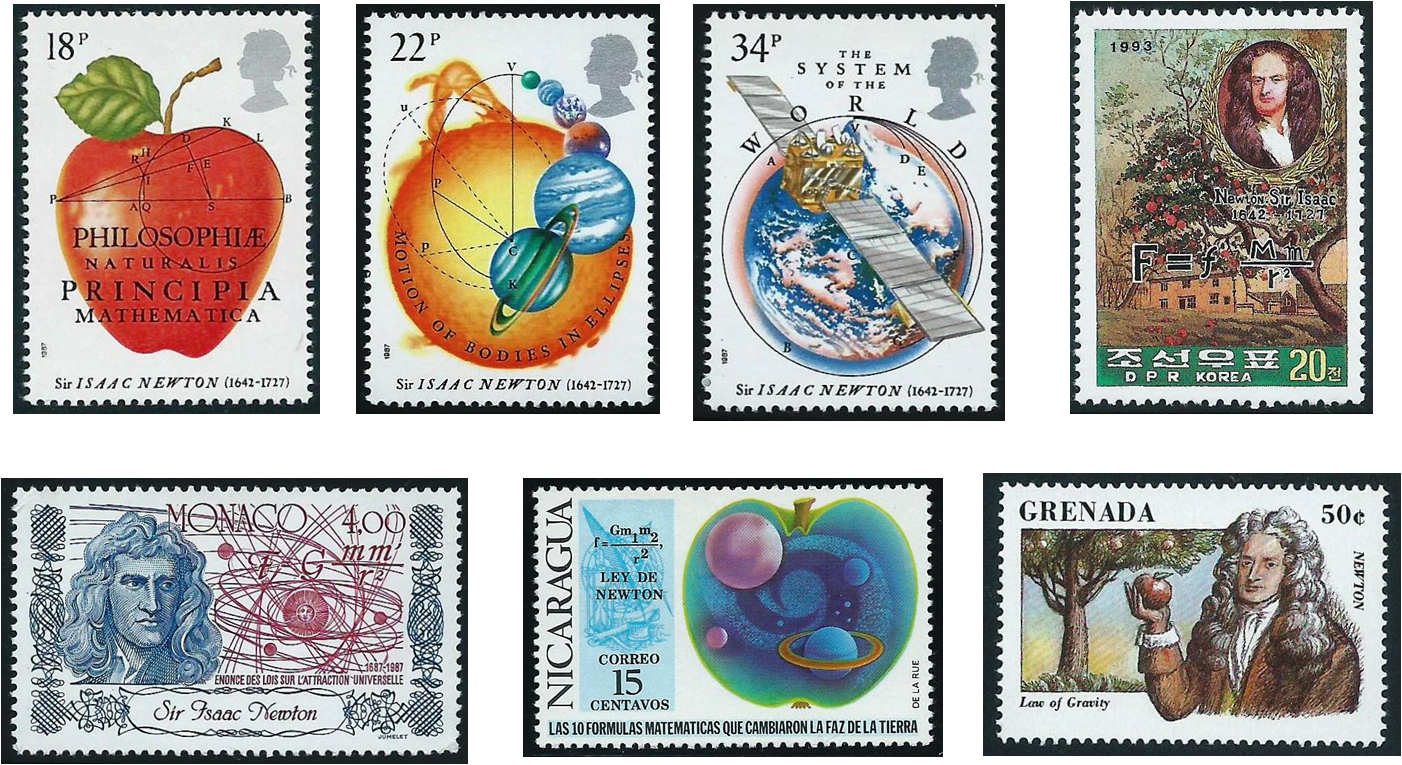 The story of Isaac Newton and the apple is well known. Seeing an apple fall to the ground, he realised that the gravitational force that pulled it to earth was the same as that which kept the moon orbiting around the earth and the earth orbiting around the sun. This planetary motion is governed by a universal law of gravitation, the inverse-square law: the force of attraction between two objects varies as the product of their masses and inversely as the square of the distance between them – so if the distance is tripled, the force decreases by a factor of 9.
In his Principia Mathematica (1687), possibly the greatest scientific work of all time, Newton used this law to explain Kepler’s laws of elliptical planetary motion and account for cometary orbits, the variation of tides, and the flattening of the earth at the poles due to the earth’s rotation.
[Great Britain 1987; Grenada 1987; Monaco 1987; Nicaragua 1971; North Korea 1993]