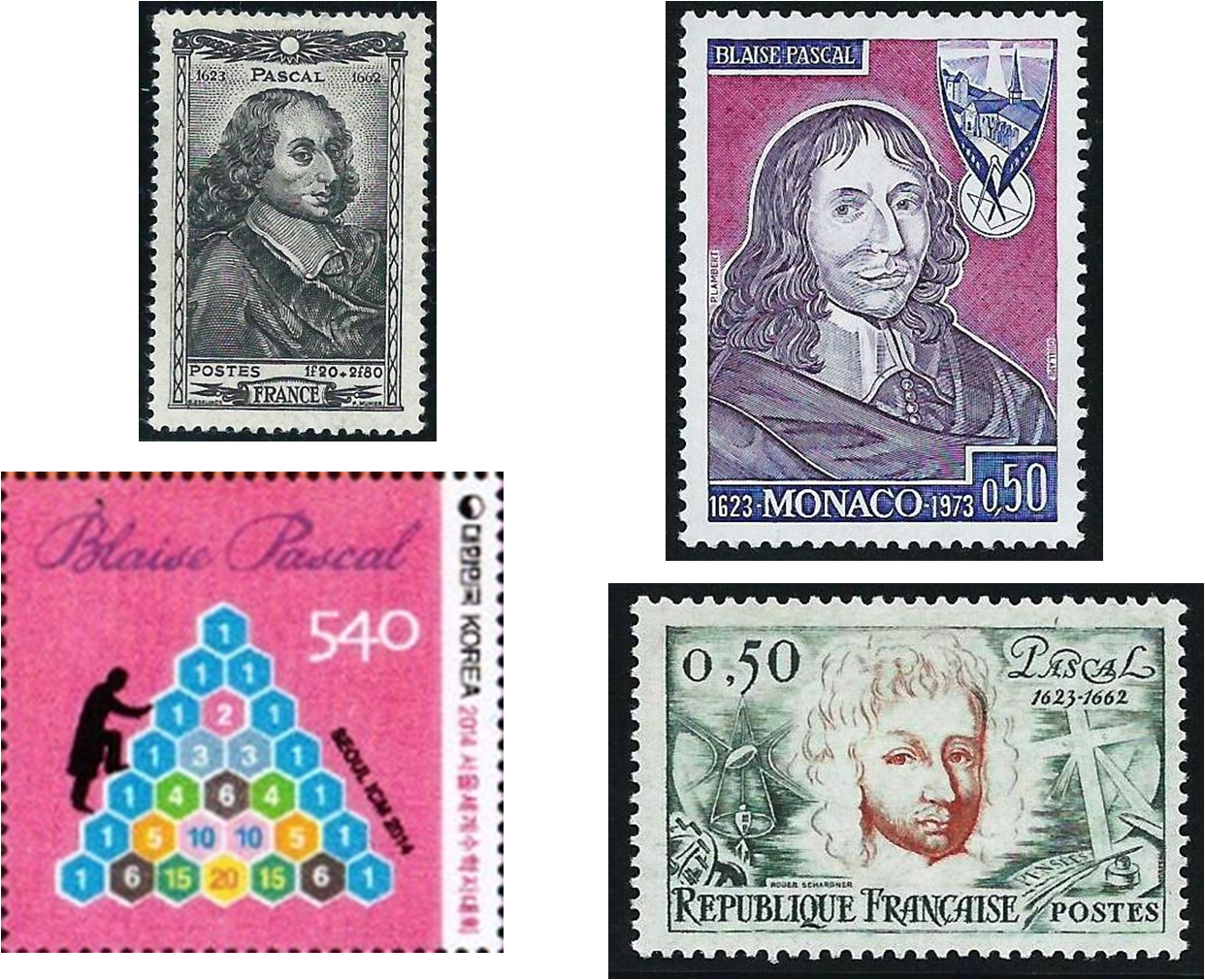 Blaise Pascal (1623–1662) showed an early interest in mathematics. At the age of 16, he discovered his hexagon theorem about six points on a conic joined in a particular way. He wrote a treatise on binomial coefficients and the triangular pattern of these numbers is now known as Pascal’s triangle.
Pascal also investigated the theory of probability, studied atmospheric pressure (Pascal’s principle in hydrodynamics), and investigated the properties of such curves as the cycloid.
[France 1944, 1962; Korea 2014; Monaco 1973]