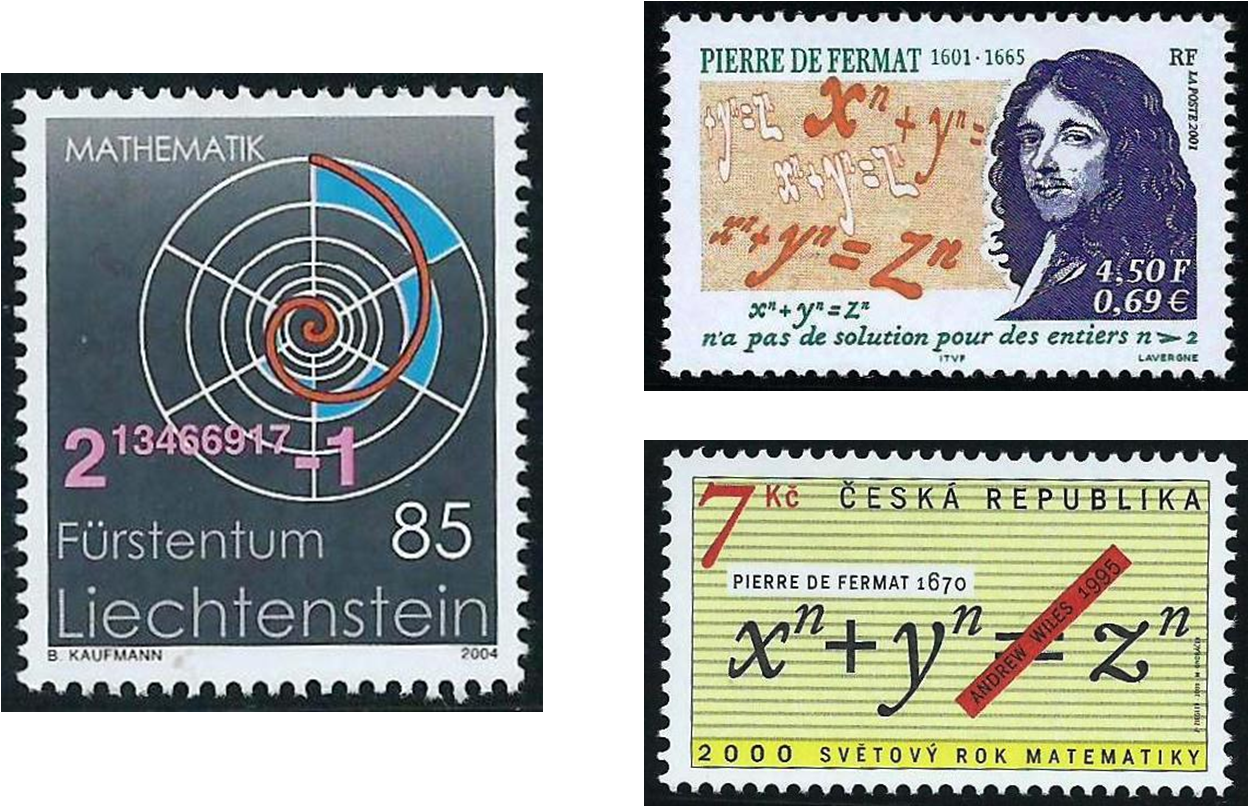 A Mersenne prime is a prime number of the form 2n − 1, such as 8 (= 23 – 1) and 31 = (25 − 1). Only 47 of them are known, the largest being 275885161 – 1, which has 17,425,170 digits. The one featured on the Liechtenstein stamp was discovered in 2001 and has about four million digits. They are named after the Minimite Friar Marin Mersenne (1588–1648), who found nine of them. Pierre de Fermat (1601–1665) spent most of his life as a lawyer in Toulouse, following a legal career. He published little, and communicated with other mathematicians by letter.
He made substantial contributions to the development of analytic geometry, analysing lines, planes and conics algebraically, but is mainly remembered for his contributions to number theory. These include his ‘little theorem’ that ap – a is divisible by p for any natural number a and prime number p, and his observation that any prime number of the form 4n + 1 can be written as the sum of two perfect squares.
In his copy of Diophantus’s Arithmetica Fermat claimed to have ‘an truly marvellous demonstration which this margin is too narrow to contain’ of what became known as Fermat’s last theorem: for any integer n > 2 there are no non-trivial integer solutions x, y and z of the equation xn + yn = zn. This was eventually proved by Andrew Wiles in 1995.
[Czech Republic 2000; France 2001; Liechtenstein 2004]