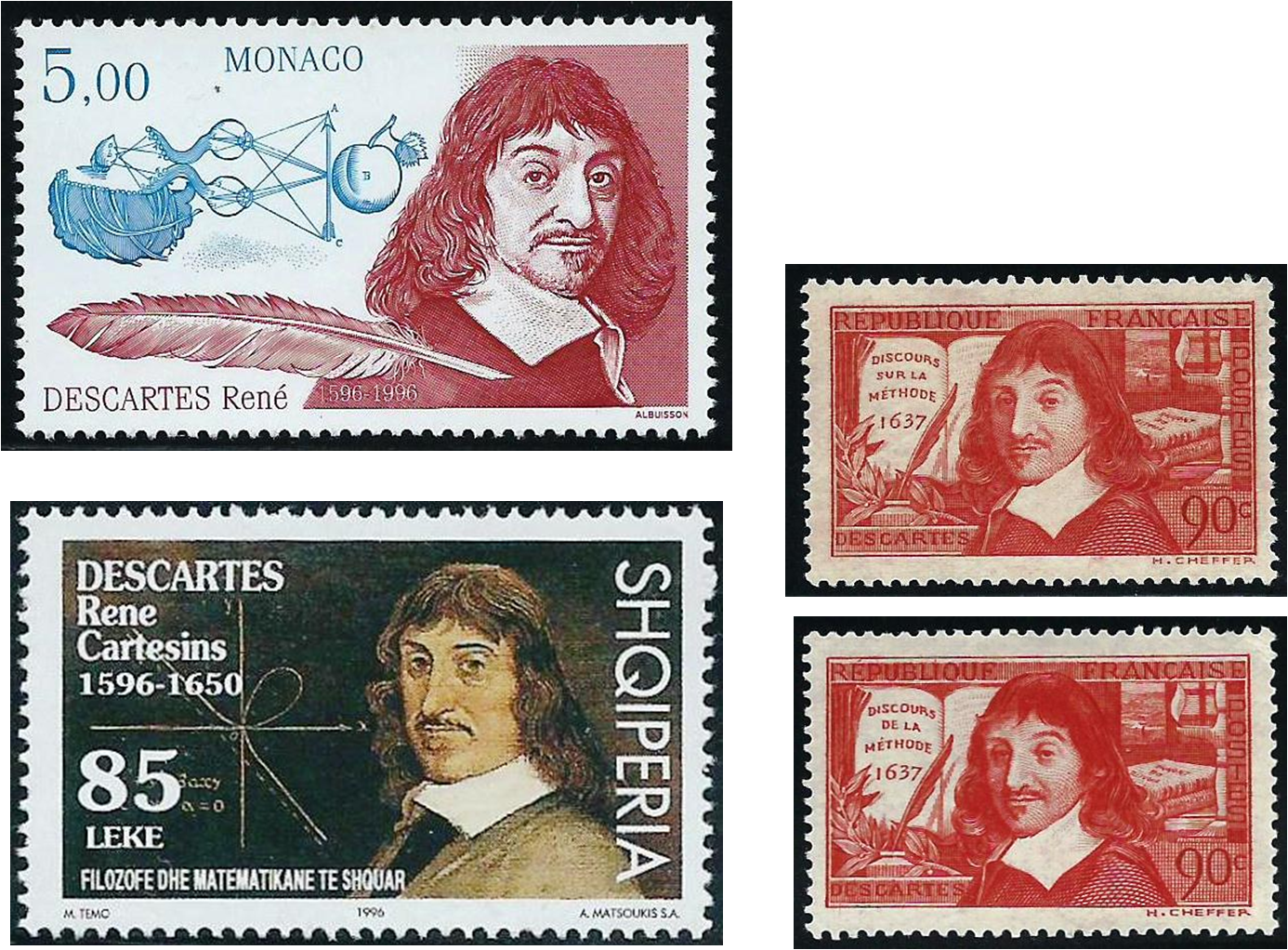 The major mathematical figures in 17th-century France were René Descartes, Pierre de Fermat and Blaise Pascal. The first two of these introduced algebraic methods into geometrical problems, starting a change of emphasis that would reach its climax with the work of Leonhard Euler. The most celebrated work of René Descartes (1596–1650) was his 1637 Discours de la Méthode [Discourse on Method], a philosophical treatise on universal science. In 1937 the French postal authorities issued a stamp with the incorrect title of Discours sur la Méthode, and had to replace it by another stamp with the correct title.
The Discours had a 100-page appendix, La Géométrie, containing Descartes’s fundamental contributions to analytic geometry. Here he solved an ancient problem of Pappus (c.300 AD) on the path traced by a point moving in a specified way relative to a number of fixed lines. Descartes named two particular lengths x and y and calculated every other length in terms of them, thereby obtaining a conic as the required path. He thus introduced algebraic methods into geometry, but did not initiate the Cartesian coordinates (with orthogonal axes) usually named after him. He also invented a rule of signs for locating the roots of polynomials, and investigated various curves, such as the folium of Descartes (shown on the Albanian stamp) with equation x3 + y3 = 3axy. Around 1630 Descartes developed a vortex theory of the universe, claiming that the planets are swept around the heavens in vortices, like corks in a whirlpool. A consequence of this theory was that the rotation of the earth causes a slight elongation at the poles, so that the earth is ‘lemon-shaped’.
[Albania 1996; France 1937; Monaco 1996]