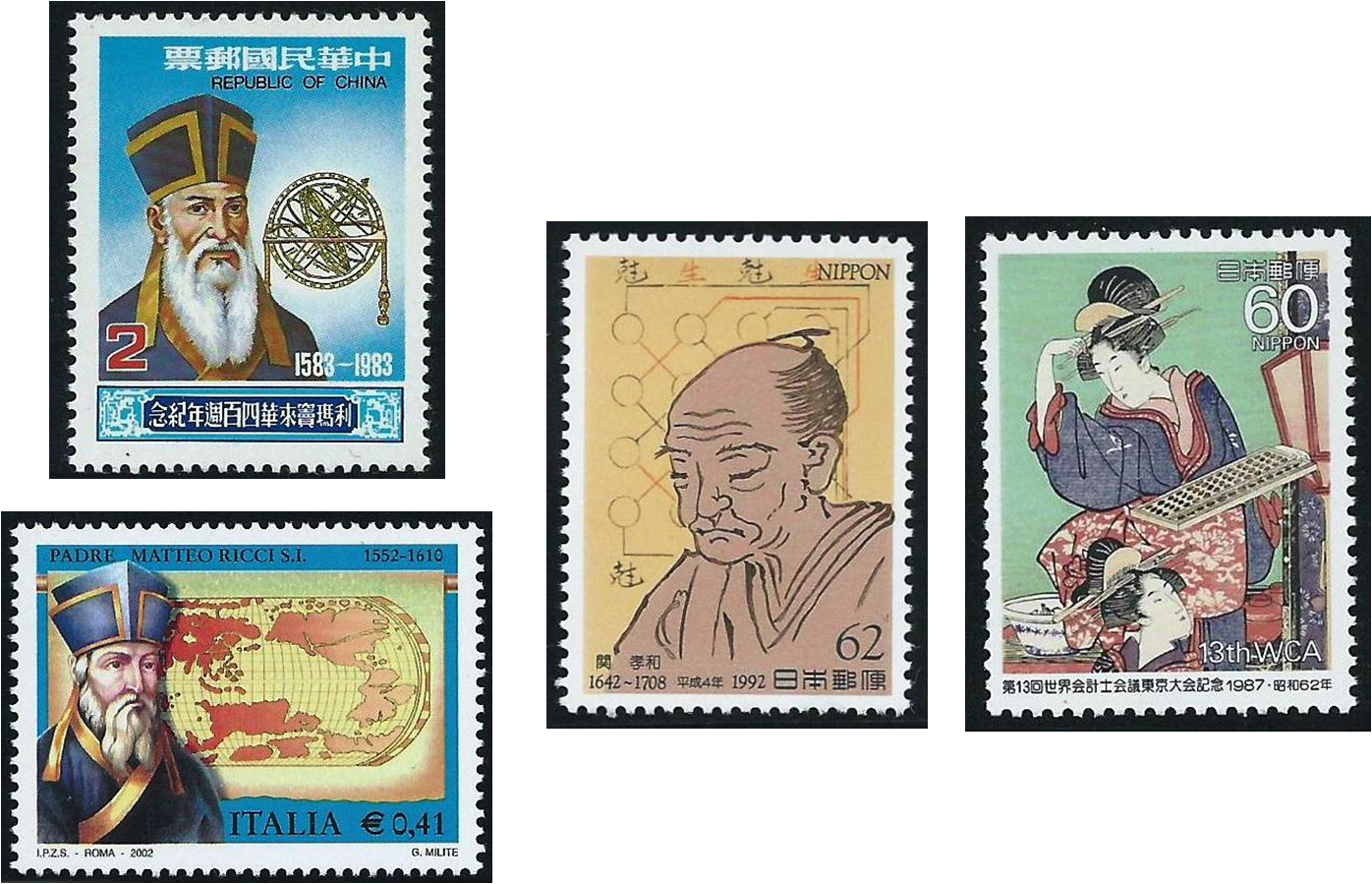 The first missionary in China, near the end of the Ming dynasty, was the Italian Jesuit Matteo Ricci (1552–1610), who disseminated knowledge of western science – especially in mathematics, astronomy and geography. His most important contribution was an oral Chinese translation of the first six books of Euclid’s Elements.
Determinants are algebraic expressions that arise in the solution of systems of simultaneous linear equations. The Japanese mathematician Takakazu Seki (1642–1708), or Seki Kowa, was the first mathematician to investigate determinants, a few years before Leibniz (who is sometimes given priority) contributed to the subject. In 1683 Seki explained how to calculate determinants up to size 5 × 5. The Japanese stamp includes his diagram for calculating the products that arise in the evaluation of 4 × 4 determinants.
The Japanese abacus, or soroban, appears in a detail from the Three Beauties by Toyokuni Utagawa, around 1800.
[China–Taiwan 1983; Italy 2002; Japan 1987, 1992]