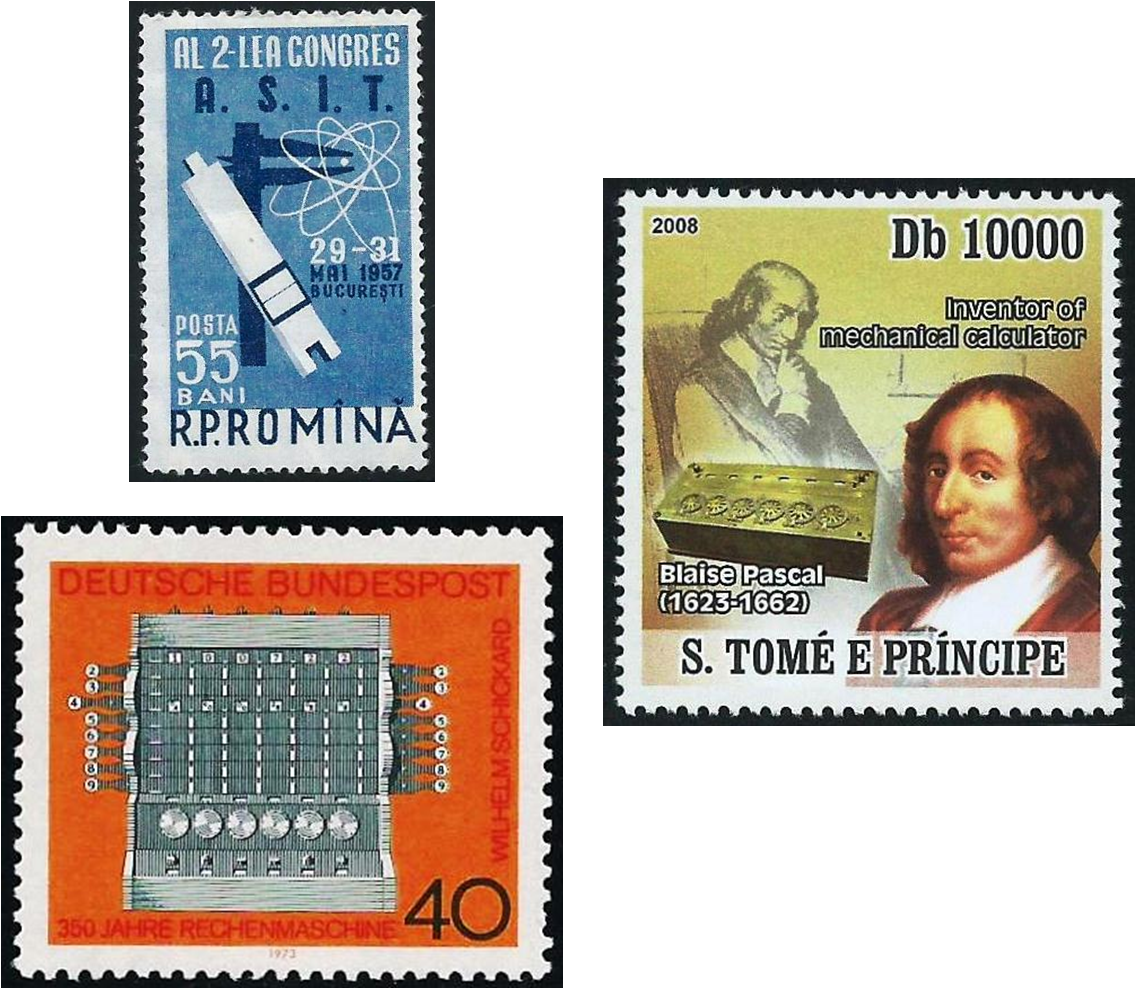 The invention of logarithms quickly led to the development of instruments based on a logarithmic scale. Most notable was the slide rule, versions of which first appeared around 1630 and were widely used for over three hundred years until the advent of the pocket calculator.

The first mechanical calculating machines appeared in the 17th century. In 1623 an early machine was described by William Schickard in letters to Johannes Kepler, but it was never built. Later calculating machines were constructed by Blaise Pascal and Gottfried Wilhelm Leibniz. Pascal’s machine (the Pascaline) was operated by cogged wheels and could add and subtract, while Leibniz’s calculating machine could also multiply and divide. Neither machine worked efficiently in practice.