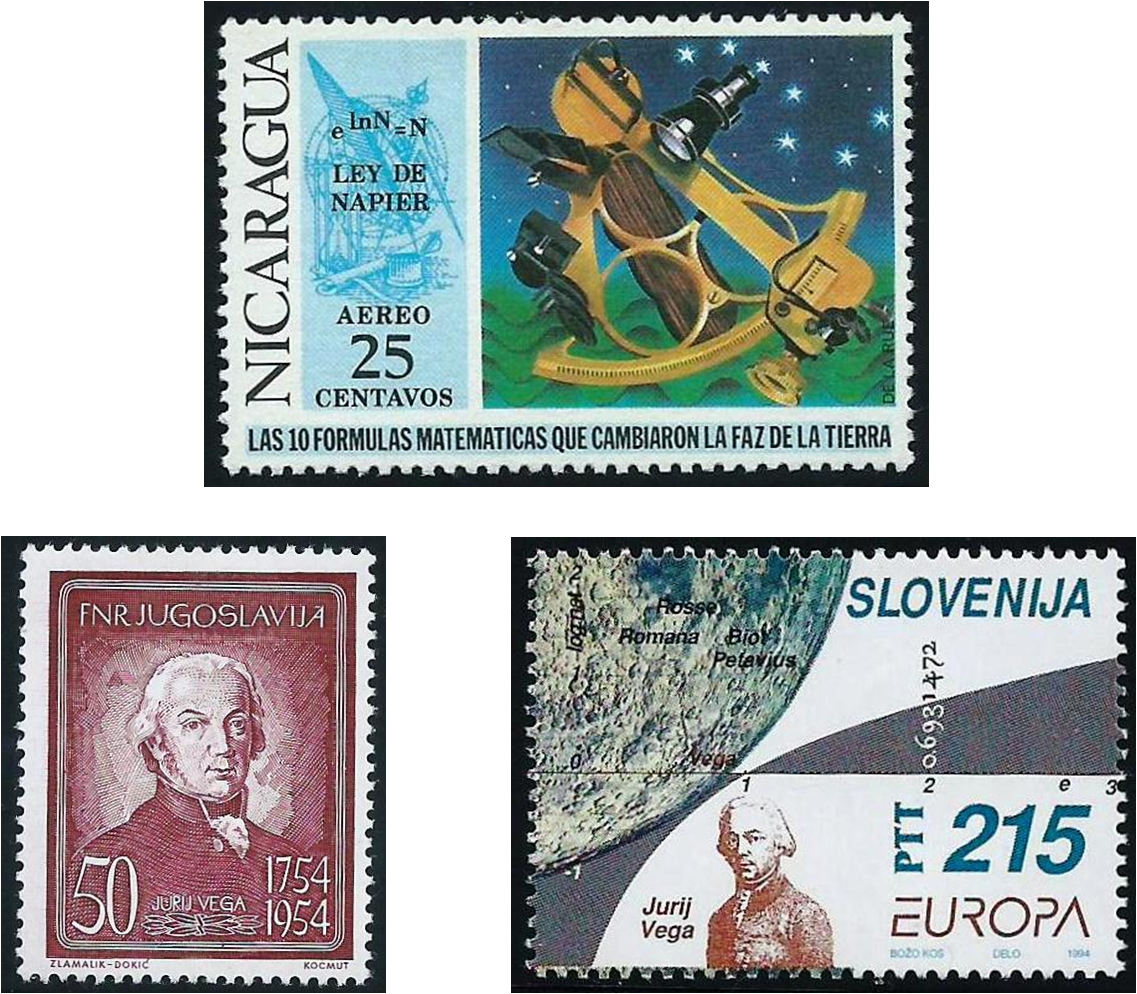 In 1614 the Scottish laird John Napier (1550–1617) introduced a form of natural logarithms as an aid to mathematical calculation, being designed to replace lengthy calculations involving multiplications and divisions by easier ones using additions and subtractions. Being awkward to use, they were soon supplanted by Henry Briggs’s simpler logarithms to base 10, whose use proved an enormous boon to astronomers and navigators. The equation e ln N = N, featured on the Nicaraguan stamp, appeared much later.
Later, the Slovenian mathematician and physicist Jurij Vega (1754–1802) published a celebrated compendium of logarithms, as well as seven-figure and ten-figure logarithm tables that ran to several hundred editions. He also calculated pi to 140 decimal places.
[Nicaragua 1971; Slovenia 1994; Yugoslavia 1955]