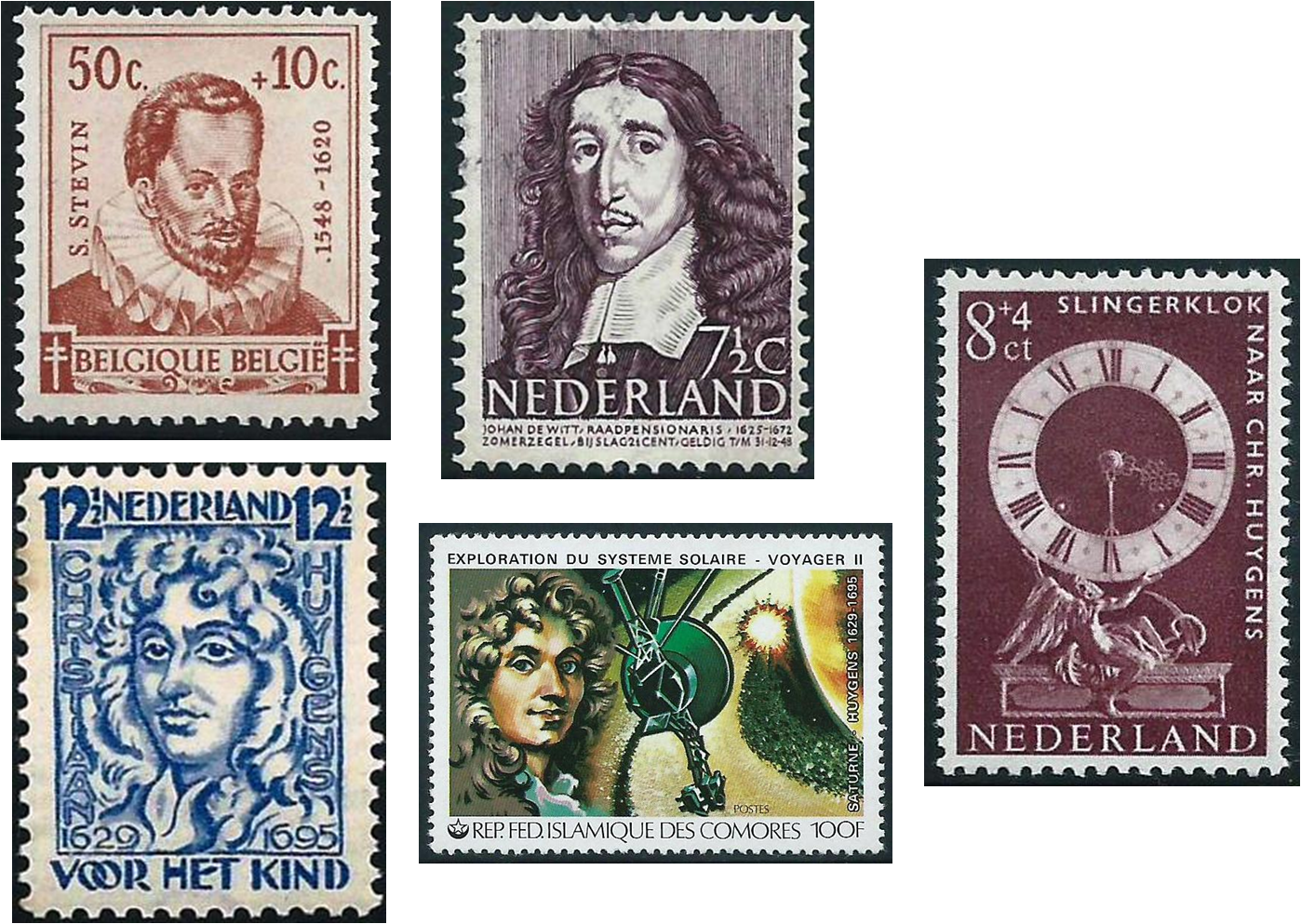 In 1585 the Flemish mathematician Simon Stevin (1548–1620) wrote a popular book De Thiende [The Tenth] that explained decimal fractions, advocated their widespread use for everyday calculation, and proposed a decimal system of weights and measures. Stevin also wrote an important treatise on statics that included the first explicit use of the triangle of forces.
Johan de Witt (1625–1672) was a talented mathematician and political leader whose concern with Holland’s financial problems led to his writing a treatise on the calculation of life annuity payments, an early attempt to apply probability theory to economics. His important text Elementa Curvarum Linearum [Elements of Linear Curves] was one of the earliest accounts of analytic geometry. He was murdered by an angry mob for political reasons.
The scientific contributions of Christiaan Huygens (1629–1695) were many and varied. He expounded the wave theory of light, hypothesised that Saturn has a ring, and invented the pendulum clock and spiral watch spring. In mathematics he analysed curves such as the cycloid (the arch-like path traced out by a piece of mud on a bicycle tyre) and the catenary (the shape formed by a hanging chain), and wrote the first formal probability text, introducing the concept of expectation.
[Belgium 1942; Comoro Islands 1979; Netherlands 1929, 1947, 1962]