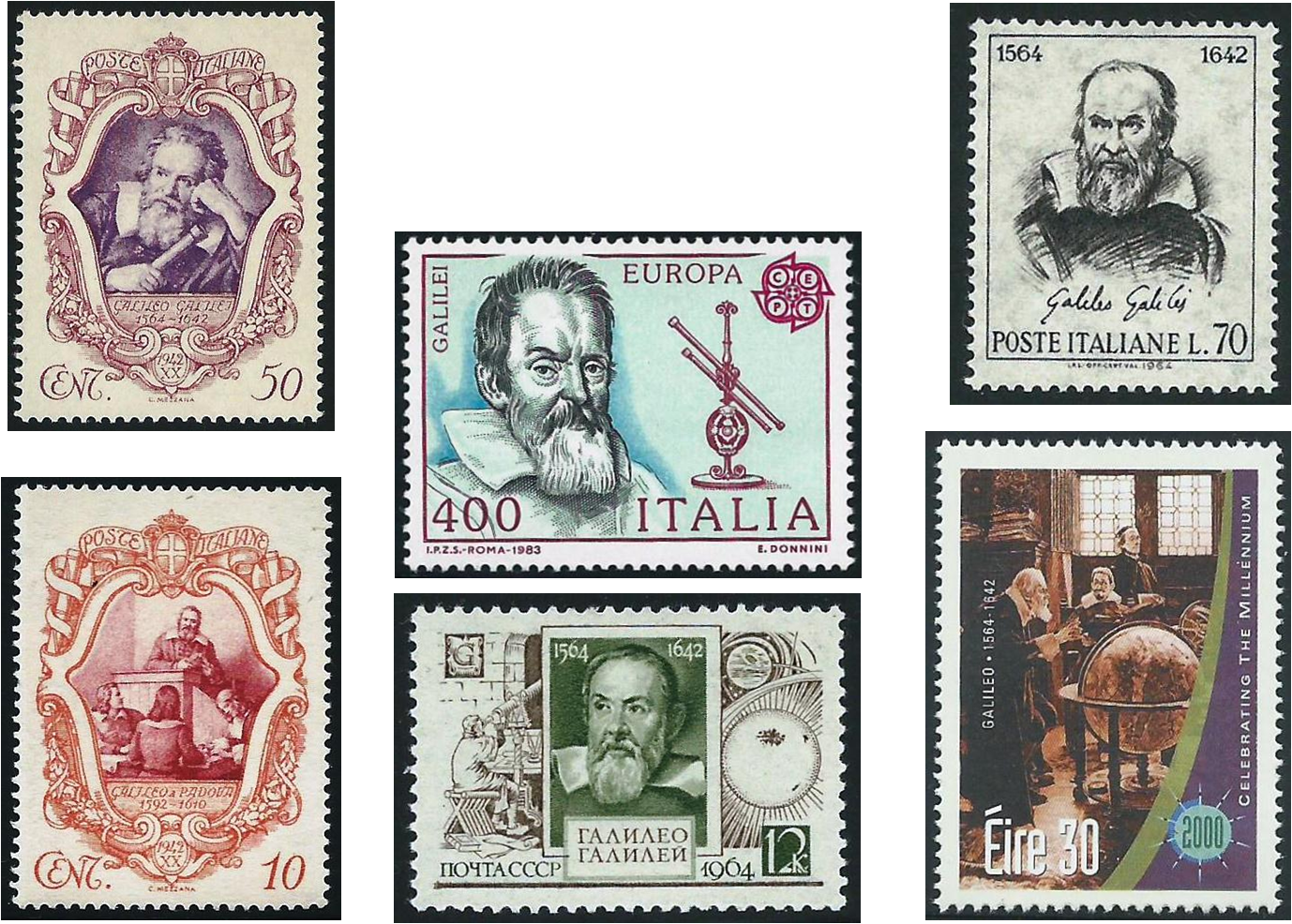 Galileo Galilei (1564–1642) taught mathematics in Padua. He was the first astronomer to make extensive use of the telescope, discovering sunspots and the moons of Jupiter and drawing the moon’s surface. In his mechanics book Two New Sciences (1638) he discussed the laws of uniform and accelerated motion and explained why the path of a projectile must be a parabola.
The Copernican solar system aroused much controversy and brought its supporters (such as Galileo) into direct conflict with the Church who considered Copernicus’s ideas to be at variance with Holy Scripture. At a famous Inquisition trial in 1633, Galileo was forced to recant after publishing his Dialogue Concerning the Two Chief World Systems which presented the Copernican system as superior to the Ptolemaic one. He was not pardoned by the Church until 1995.
[Ireland 2000; Italy 1942, 1964, 1983; Russia 1964]