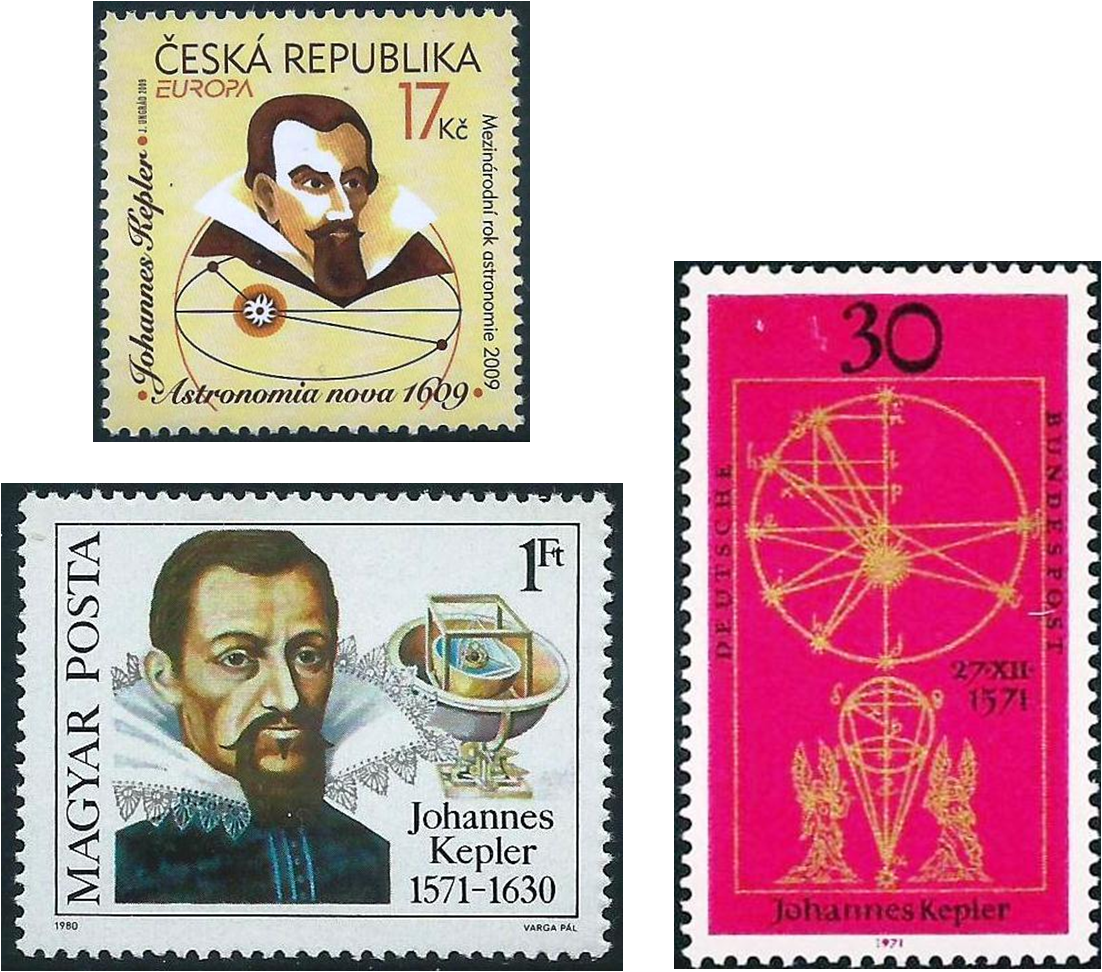 Tycho Brahe’s accurate and extensive observational records proved invaluable for his assistant Johannes Kepler (1571–1630). Kepler is remembered for the three laws of planetary motion from his New Astronomy (1609) and The Harmony of the World (1619). Tycho’s data had led him to consider non-circular orbits, and Kepler proposed that the planets move in elliptical orbits with the sun at one focus, the line from the sun to a planet sweeps out equal areas in equal times, and the square of a planet’s period is proportional to the cube of its orbit’s radius.
Kepler was fascinated by ellipses and other conics, and introduced the word focus into mathematics. By summing thin discs he determined the volumes of over ninety solids obtained by rotating conics and other curves around an axis, thereby foreshadowing the development of the integral calculus.
He was also interested in polyhedra, discovering the cuboctahedron and the antiprisms, and his name is associated with the ‘Kepler–Poinsot star polyhedra’. He claimed (wrongly) that the five regular solids fit snugly between the orbits of the six known planets: a cube between Saturn and Jupiter, and so on.
[Czech Republic 2009; Germany 1971; Hungary 1980]