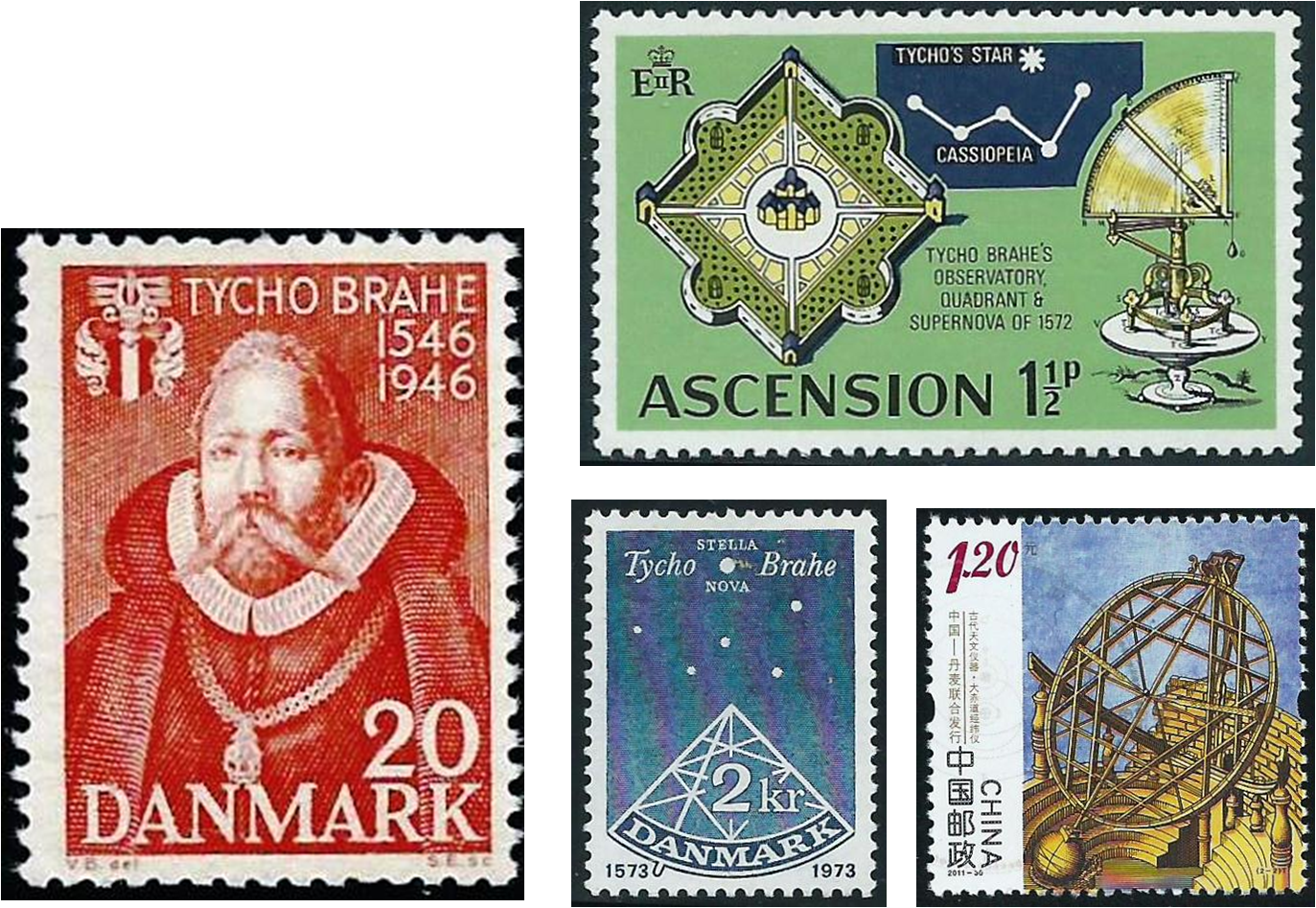 The Danish astronomer Tycho Brahe (1546–1601) was the greatest observer of the heavens before the invention of the telescope. In 1572 he discovered a new star, or nova, in the constellation of Cassiopeia, and five years later his observations of a comet proved that the solid celestial spheres on which the planets were supposed to move did not exist.
In the 1570s he built the magnificent observatory of Uraniborg on the island of Hven, where he designed astronomical instruments of unsurpassed accuracy and measured and catalogued over seven hundred stars.
[Ascension 1971; China 2011; Denmark 1946, 1973]