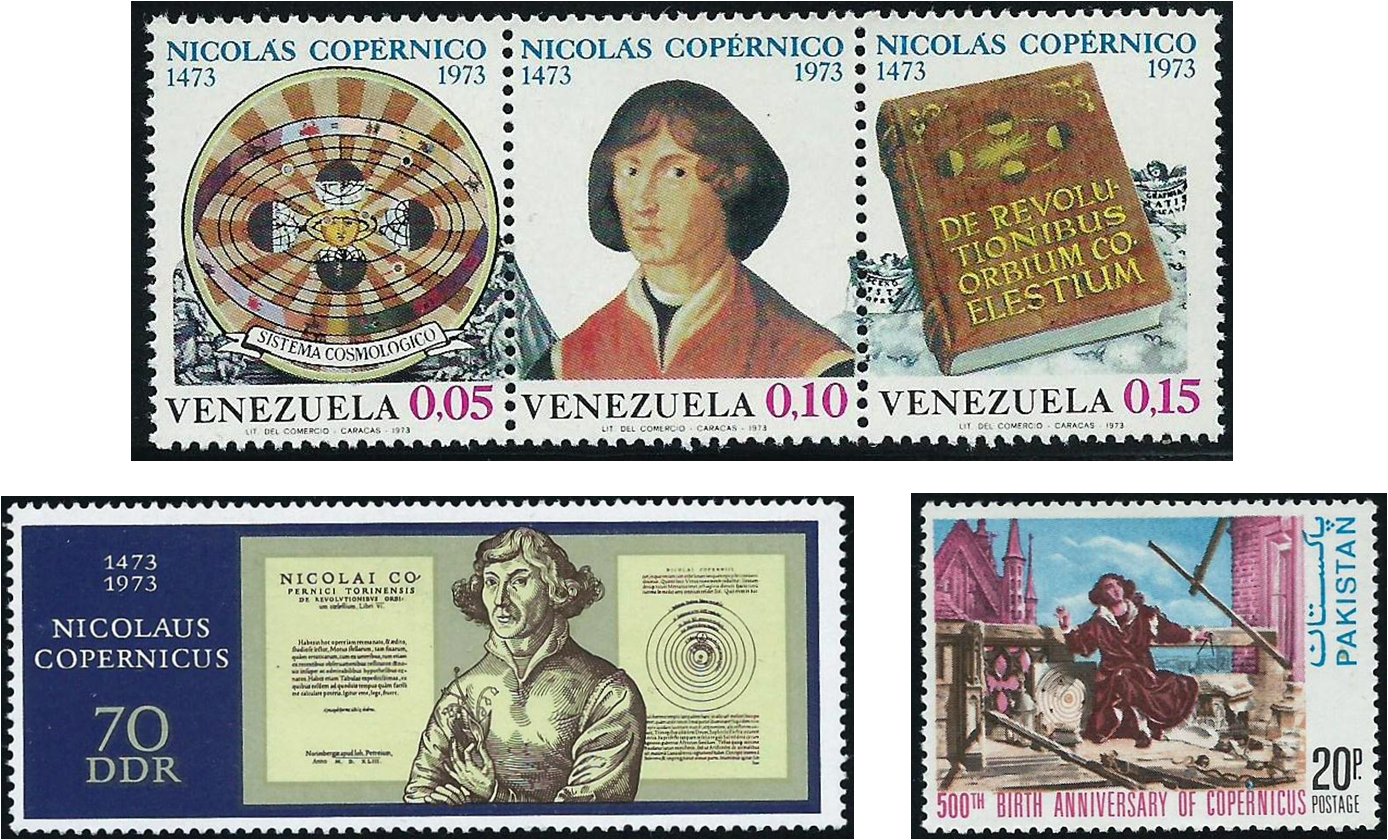 Nicolaus Copernicus (1473–1543), the ‘father of modern astronomy’, was born in Torun in Poland, and studied in Cracow, Bologna and Ferrara. He transformed his subject by replacing Ptolemy’s earth-centred system of planetary motion by a heliocentric system with the sun at the centre and the earth as just one of several planets travelling in circular orbits around it. Although this idea had been suggested by Aristarchus and Nicholas of Cusa, Copernicus was the first to develop the theory and work out its consequences in full mathematical detail.
His book De Revolutionibus Orbium Coelestium [On the Revolution of the Heavenly Spheres] was published in 1543. In it he showed that the six planets then known split into two groups: Mercury and Venus with orbits lying inside that of Earth, and Mars, Jupiter and Saturn with orbits lying outside it. He was thereby able to list these planets in increasing order of distance from the sun, and to illuminate certain phenomena that the Ptolemaic system had failed to explain, such as why Mercury and Venus are visible only at dawn and dusk while the other planets are visible throughout the night.
[East Germany 1973; Pakistan 1973; Venezuela 1973]