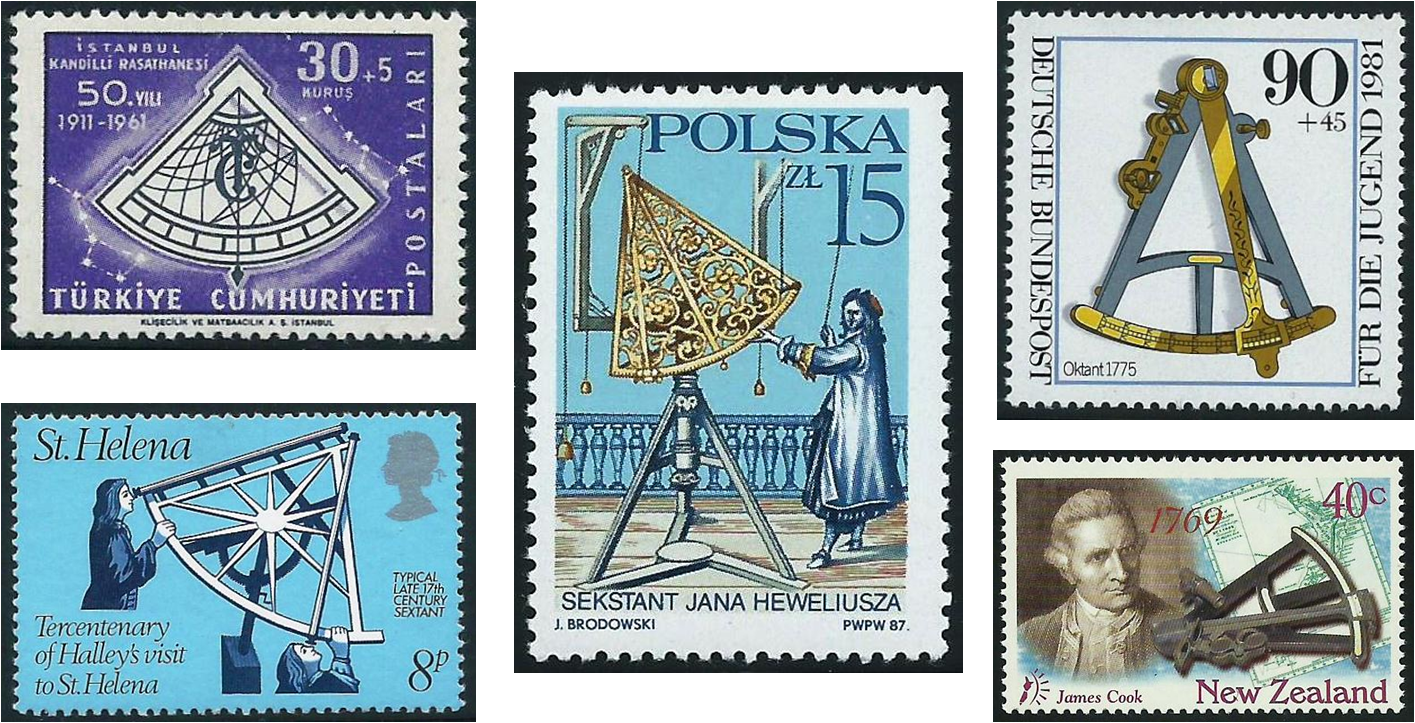 These instruments were in use in Europe from around the 13th century. The quadrant, as its name suggests, has the shape of a quarter-circle (90°), while its relations, the sextant and octant, similarly correspond to a sixth (60°) and an eighth (45°) of a circle. To measure an object’s altitude, the observer viewed the object along the top edge of the instrument and the position of a movable rod on the circular rim gave the desired altitude.
[Germany 1981; New Zealand 1997; Poland 1987; St Helena 1977; Turkey 1961]