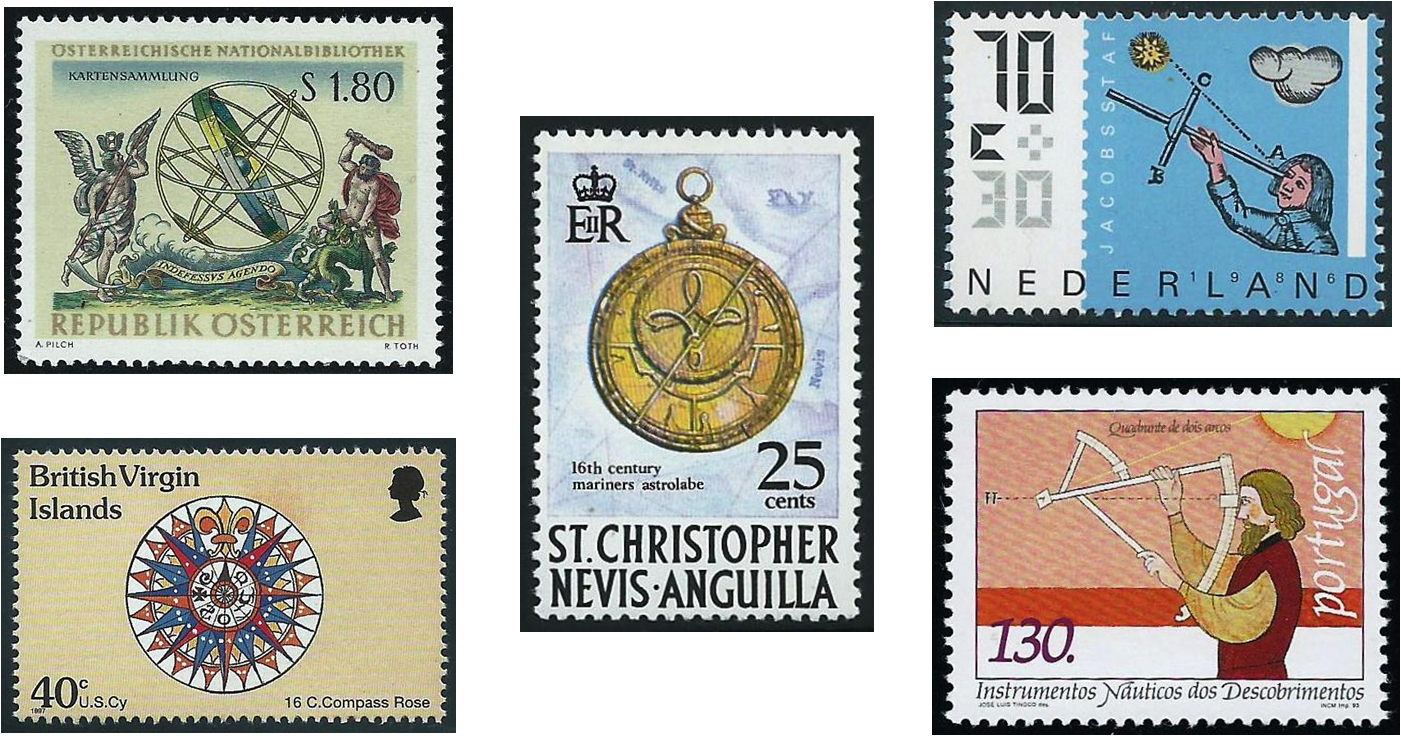 We have already encountered some navigational instruments: a Chinese armillary sphere, an Islamic planisphere and an astrolabe.
Armillary spheres were usually made of metal circles representing the main circles of the universe, and were used to measure celestial coordinates or for instructional purposes. The other instruments shown here were used by navigators to measure the altitude of a heavenly body, such as the sun or the pole star, so as to determine latitude at sea.
The astrolabe can be traced back to Greek times, but reached its maturity during the Islamic period. It consists of a brass disc suspended by a ring that is fixed or held in the hand. On the front are calculating devices used to take measurements of the heavenly bodies. The back has a circular scale on the rim and an attached rotating bar; to measure altitude, the observer looked along the bar at the object and read the altitude from the scale. For navigational purposes a more basic and sturdy version was developed, known as the mariner’s astrolabe.
The Jewish mathematician and astronomer Levi ben Gerson (1288–1344), invented the Jacob’s staff, or cross-staff, for measuring the angular separation between two celestial bodies. Although widely used, it had a major disadvantage – to measure the angle between the sun and the horizon one had to look directly at the sun. The back-staff is a clever modification in which a navigator can use the instrument with his back to the sun.
[Austria 1966; British Virgin Islands 1997; Netherlands 1986; Portugal 1993; St Christopher, Nevis and Anguilla 1970]