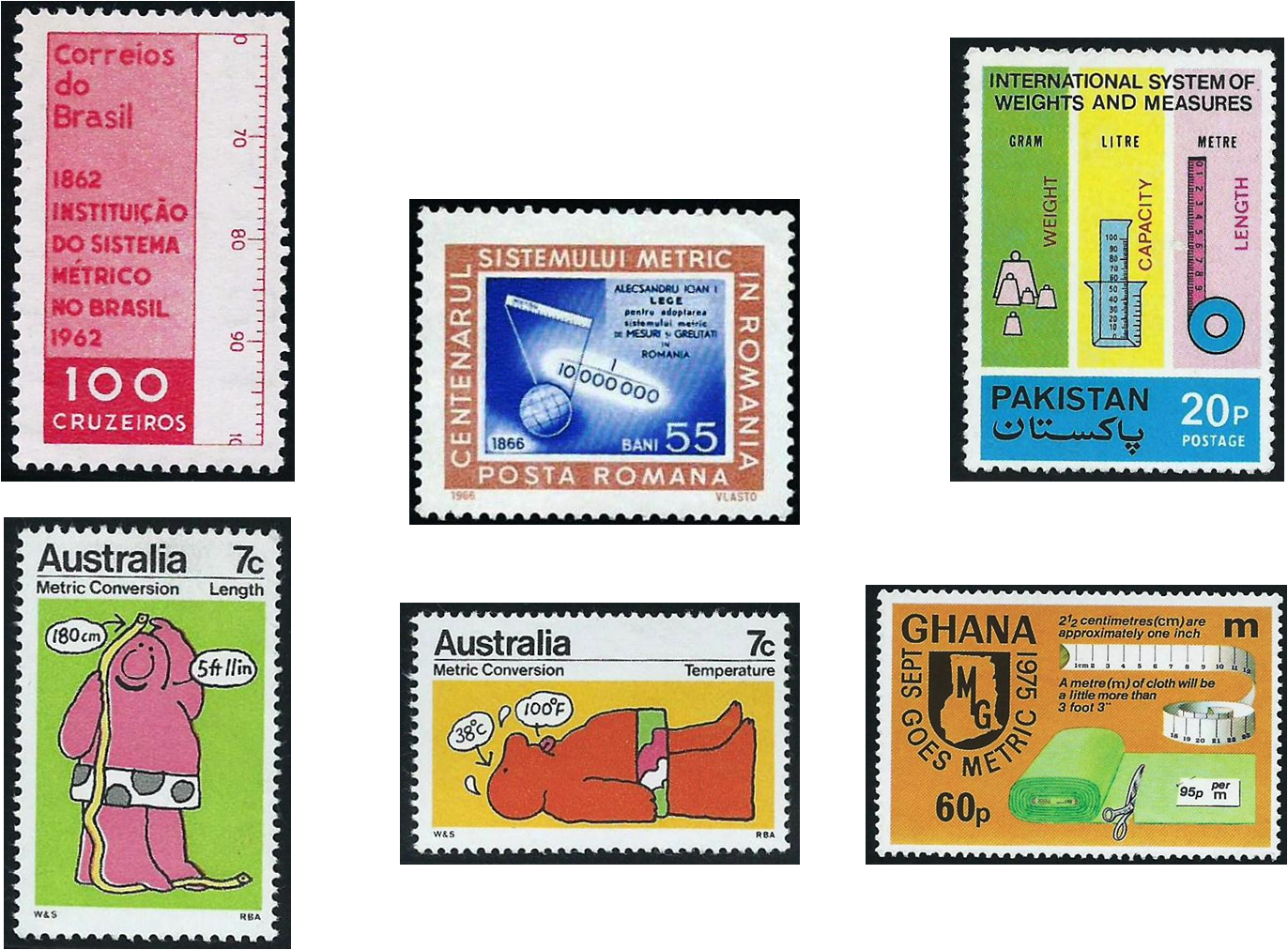 Throughout the centuries various counting systems have been used for weights and measures: for example, the Mesopotamians used a number system based on 60, while the Mayans had a mixed calendar system based on 18 and 20. Native American tribes used a variety of number systems based on 5, 10 and 20, and until 1971 the British monetary system had 12 pennies in a shilling and 20 shillings in a pound. The binary system, based entirely on 0 and 1, is used extensively in computer science.
Most countries eventually adopted a metric system and in 1960 the international SI system (‘Système international’) of units was introduced; the metre was standardised as 1,650,763.73 wavelengths of the orange-red light from krypton-86 gas in a vacuum. Even so, some countries, including Britain and the USA, continue to use archaic systems of weights and measures.
A substantial number of metrication stamps have appeared. These include: