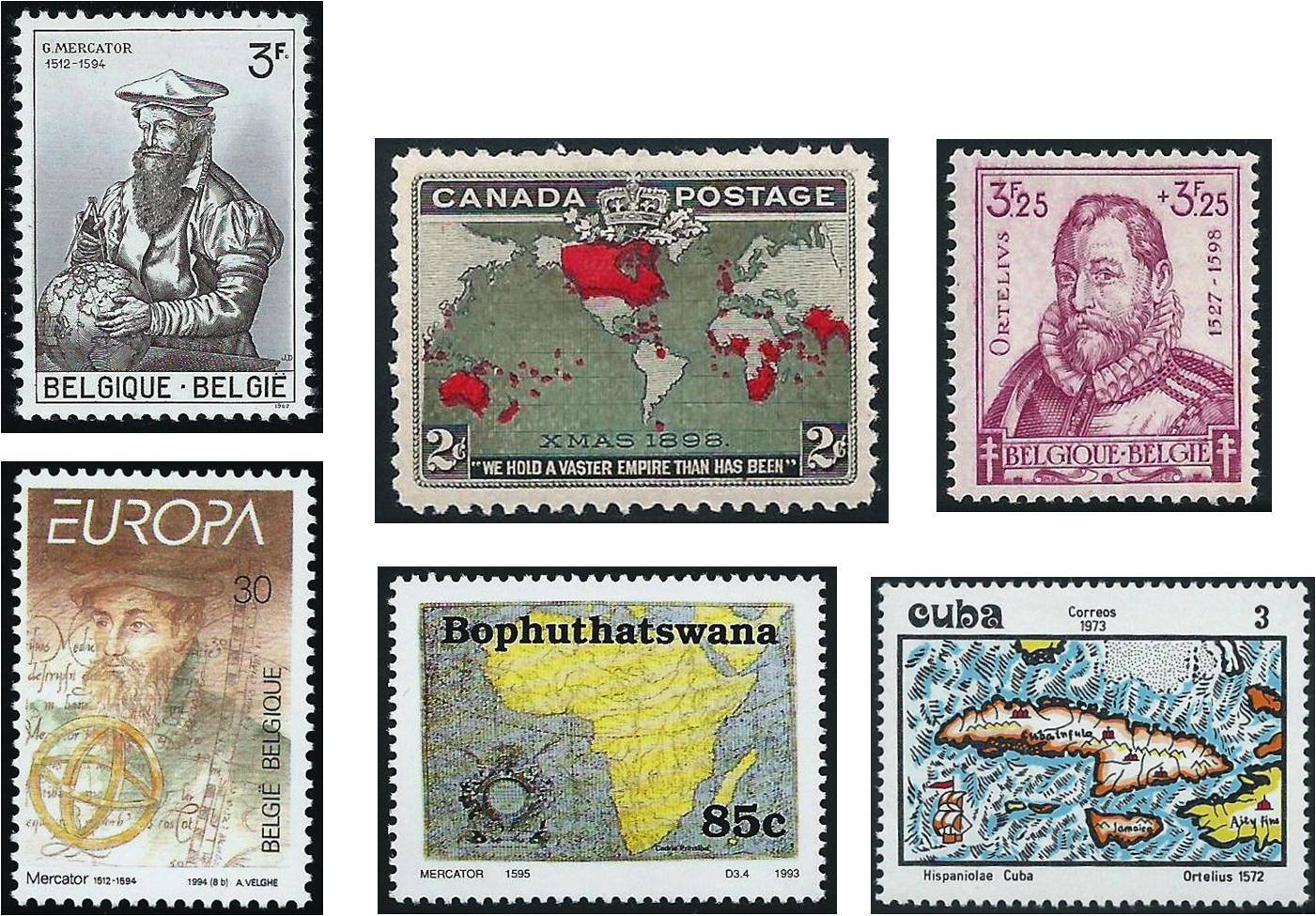 Nautical explorations played a major role in the renaissance of map-making. The problem of representing the spherical earth on a flat sheet of paper led to new types of map projection and to improved maps for navigators at sea. The Greek astronomer Ptolemy, the Portuguese cosmographer Pedro Nunes, the Flemish cartographer Gerard Mercator and his friend Abraham Ortelius all played a role in this story.
The first ‘modern’ maps of the world were due to Gerard Mercator (1512–1594), obtained by projecting the sphere outwards on to a vertical cylinder and then stretching the map in the vertical direction in such a way that the lines of latitude (horizontal) and longitude (vertical) appeared as straight lines and all the angles (compass directions) were correct, as on the Canadian stamp.
In 1570 the illustrious Belgian cartographer Abraham Ortelius (1527–1598), geographer to the king of Spain, produced his Theatrum Orbis Terrarum, a collection of seventy maps that is usually considered to be the first atlas. The word ‘atlas’ was coined by Mercator for his three-volume collection of maps in 1585–1595.
[Belgium 1962, 1994; Bophuthatswana 1992; Canada 1898; Cuba 1973]