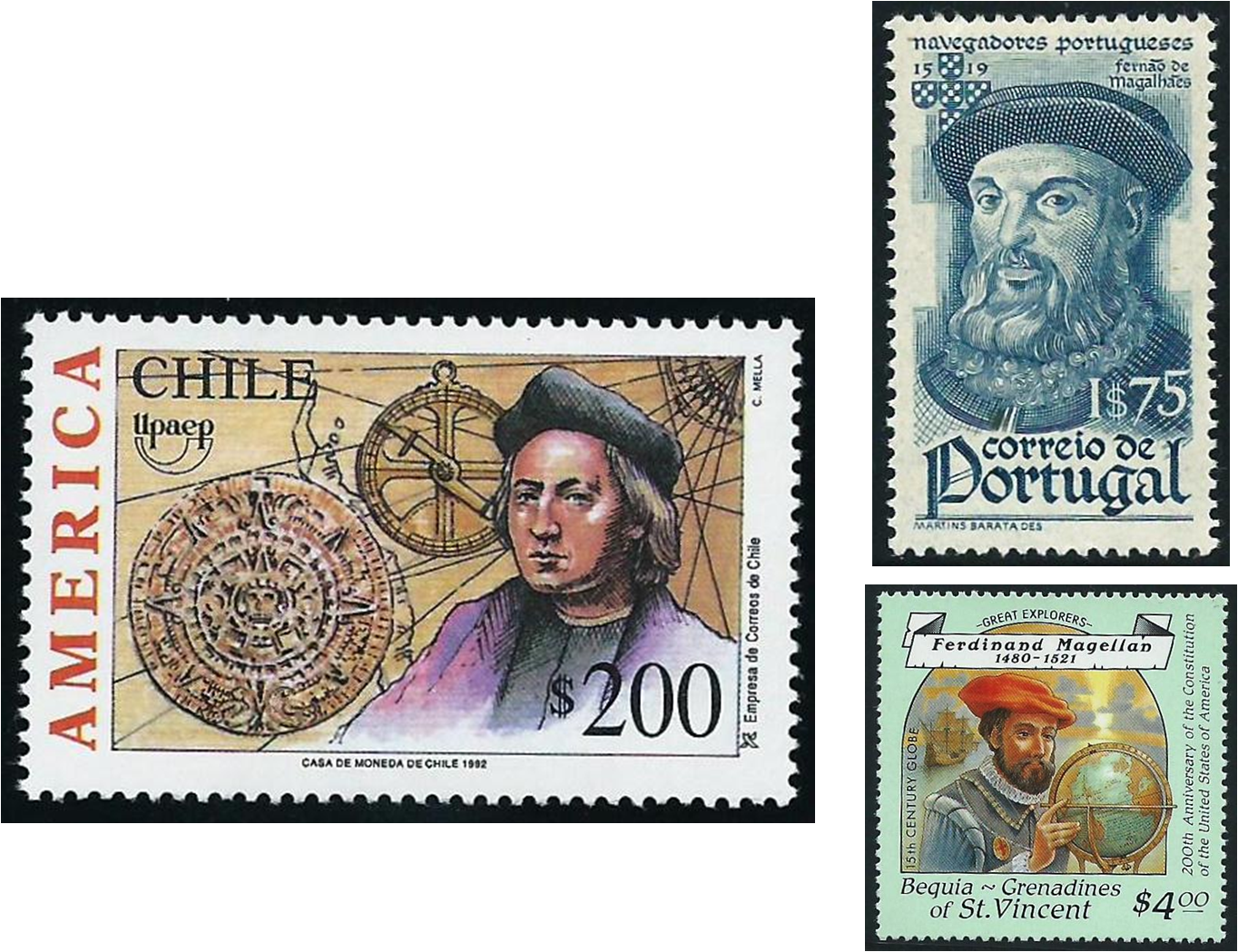 Their rivals, the Spanish, headed west, hoping to reach India by circumnavigating the globe. From 1492 Christopher Columbus (1451–1506), a navigator of genius, led four royal Spanish expeditions to pioneer a western route to the Indies, but instead they reached the new lands of North and Central America, the West Indies, and the coast of Venezuela. Further expeditions followed, and ‘America’ was named after Amerigo Vespucci, a Florentine explorer who reached Brazil in 1502.
Portuguese-born Ferdinand Magellan (Fernão de Magalhães) (1480–1521) led the first circumnavigation of the world, a three-year Spanish expedition that headed westward to South America, around Cape Horn, on via the Philippines (where he died in a tribal skirmish), and back via the Indian Ocean and southern Africa.
[Bequia (Grenadines of St Vincent) 1988; Chile 1992; Portugal 1945]