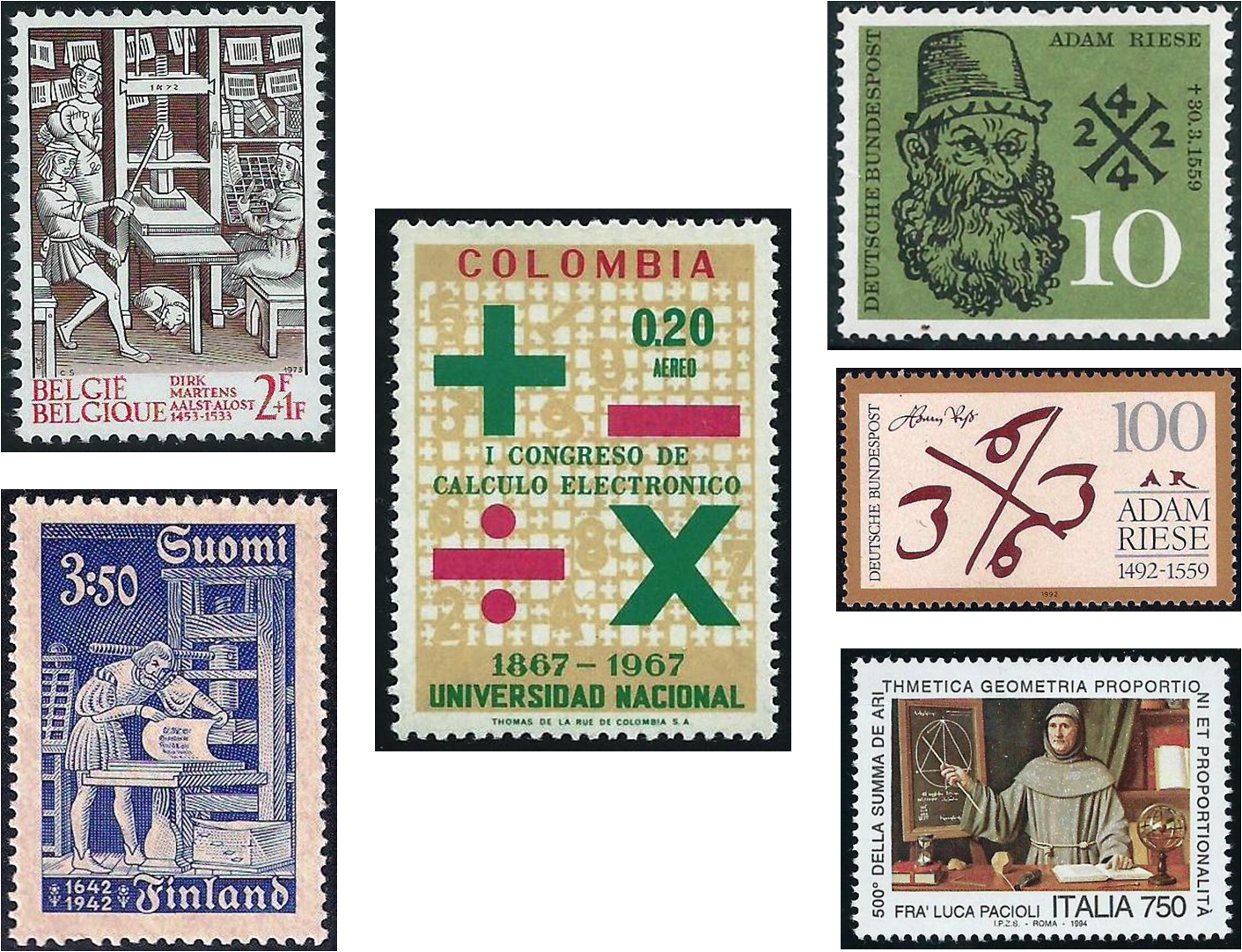 Johann Gutenberg’s invention of the printing press around 1440 enabled classic mathematical works to be widely available for the first time. At first the new books were printed in Latin for the scholar, but increasingly vernacular works began to appear at a price accessible to all; these included texts in arithmetic, algebra and geometry, as well as practical works designed to prepare young men for a commercial career.
Important among the new printed texts was the Summa de Arithmetica, Geometrica, Proportioni et Proportionalita of Luca Pacioli (1445–1517), a 600-page compilation of the mathematics known at the time; published in 1494 it included the first published account of double-entry bookkeeping. In Germany the most influential of the commercial arithmetics was by Adam Riese (c.1489–1559); it proved so reputable that the phrase ‘nach Adam Riese’ [after Adam Riese] came to refer to a correct calculation.
The invention of printing led gradually to the standardisation of mathematical notation. The arithmetical symbols + and – first appeared in a 1489 arithmetic text by Johann Widmann and the equals sign was introduced in a 1557 algebra book by Robert Recorde. The symbols × and ÷ were not in general use until the 17th century.
[Belgium 1973; Colombia 1968; Finland 1942; Germany 1959, 1992; Italy 1994]