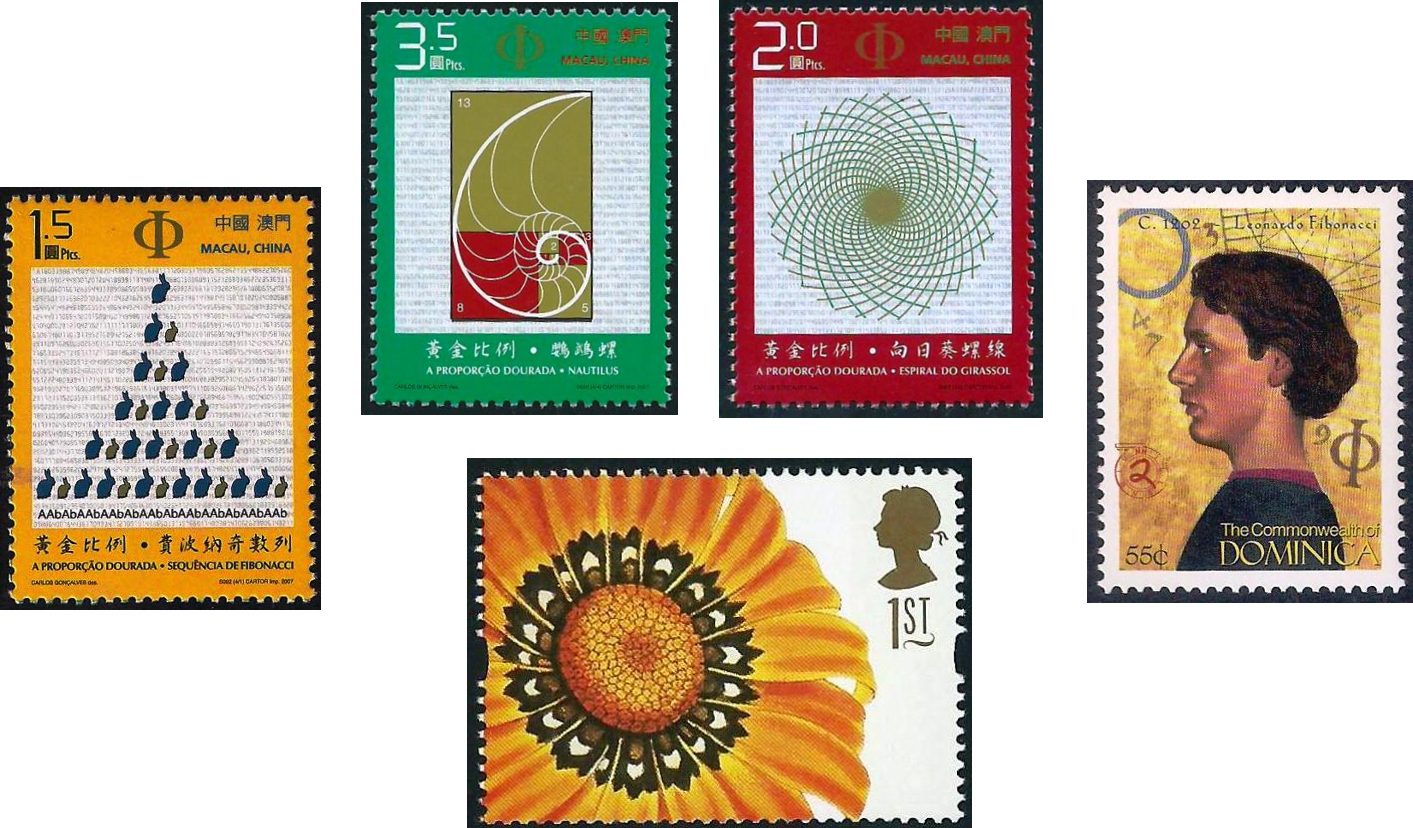 Hindu–Arabic methods of calculation were also used by Fibonacci (Leonardo of Pisa) in his Liber Abbaci [Book of calculation] of 1202. This celebrated work contained many problems in arithmetic and algebra, including the celebrated problem of the rabbits that leads to the ‘Fibonacci sequence’ 1, 1, 2, 3, 5, 8, 13, …, in which each successive term is the sum of the previous pair.
The ratios 1/1, 2/1, 3/2, 5/3, … of successive terms of the Fibonacci sequence tend to a limit, often called the ‘golden ratio’ and equal to ½(1 + sqrt 5) = 1.618… . This number appears throughout mathematics: it is the ratio of a diagonal and a side of a regular pentagon, and a rectangle with sides in this ratio is often considered to have the most pleasing shape. The removal of a square from such a golden rectangle leaves another one; this process is shown on the Swiss stamp, which also features the closely related logarithmic spiral, found on nautilus shells.
The Fibonacci sequence occurs throughout nature. The spiral arrangements of scales on a pine cone tend to exhibit 8 right-hand and 13 left-hand spirals, while much larger Fibonacci numbers (34, 55, etc.) appear in the spiral arrangements of seeds in the head of a sunflower.