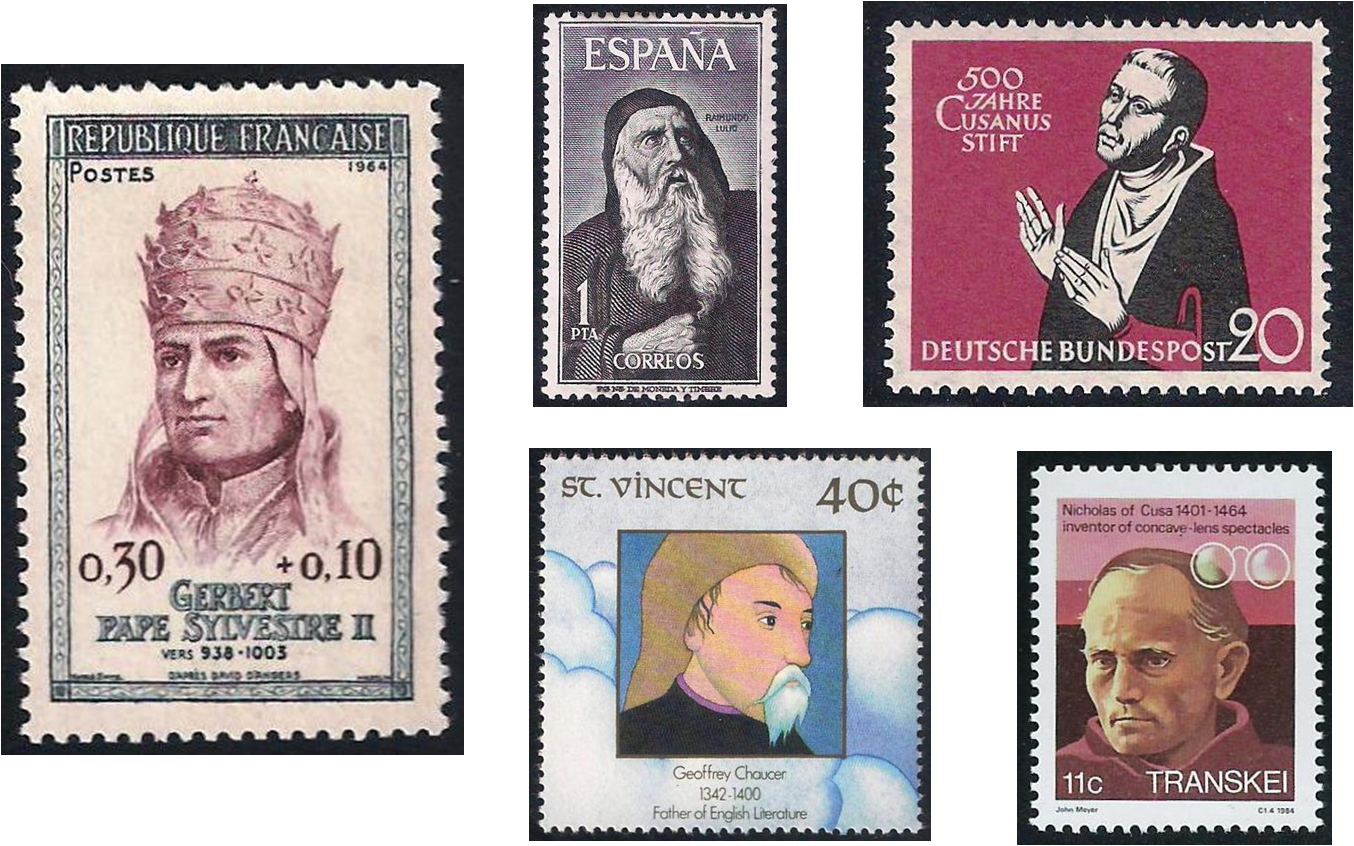 The period from 500 to 1000 in Europe is known as the Dark Ages. The legacy of the ancient world was almost forgotten, schooling became infrequent, and the general level of culture remained low. Mathematical activity was generally sparse, but included some writings on the calendar and on finger reckoning. Revival of interest in mathematics began with Gerbert of Aurillac (938–1003), who trained in Catalonia and introduced the Hindu–Arabic numerals to Christian Europe, using an abacus that he had designed for the purpose. An important figure in the Church, he was crowned Pope Sylvester II in 999.
The Catalan mystic Ramon Lull (c.1232–1316) believed that all knowledge could be obtained by taking mathematical combinations of a fixed number of ‘divine attributes’ (such as power, wisdom, etc.). Over the next few centuries Lull’s combinatorial ideas spread through Europe, influencing such mathematicians as Mersenne and Leibniz.
Other distinguished scholars involved with mathematics around this time included Geoffrey Chaucer (1342–1400), author of the Canterbury Tales, who wrote a treatise on the astrolabe, one of the earliest science books to be written in English. The German philosopher Nicholas of Cusa or Cusanus (1401–1464) also wrote several mathematical tracts, invented concave-lens spectacles, and attempted the classical problems of trisecting an angle and squaring the circle.
[France 1964; Germany 1958; St Vincent 1990; Spain 1963; Transkei 1984]