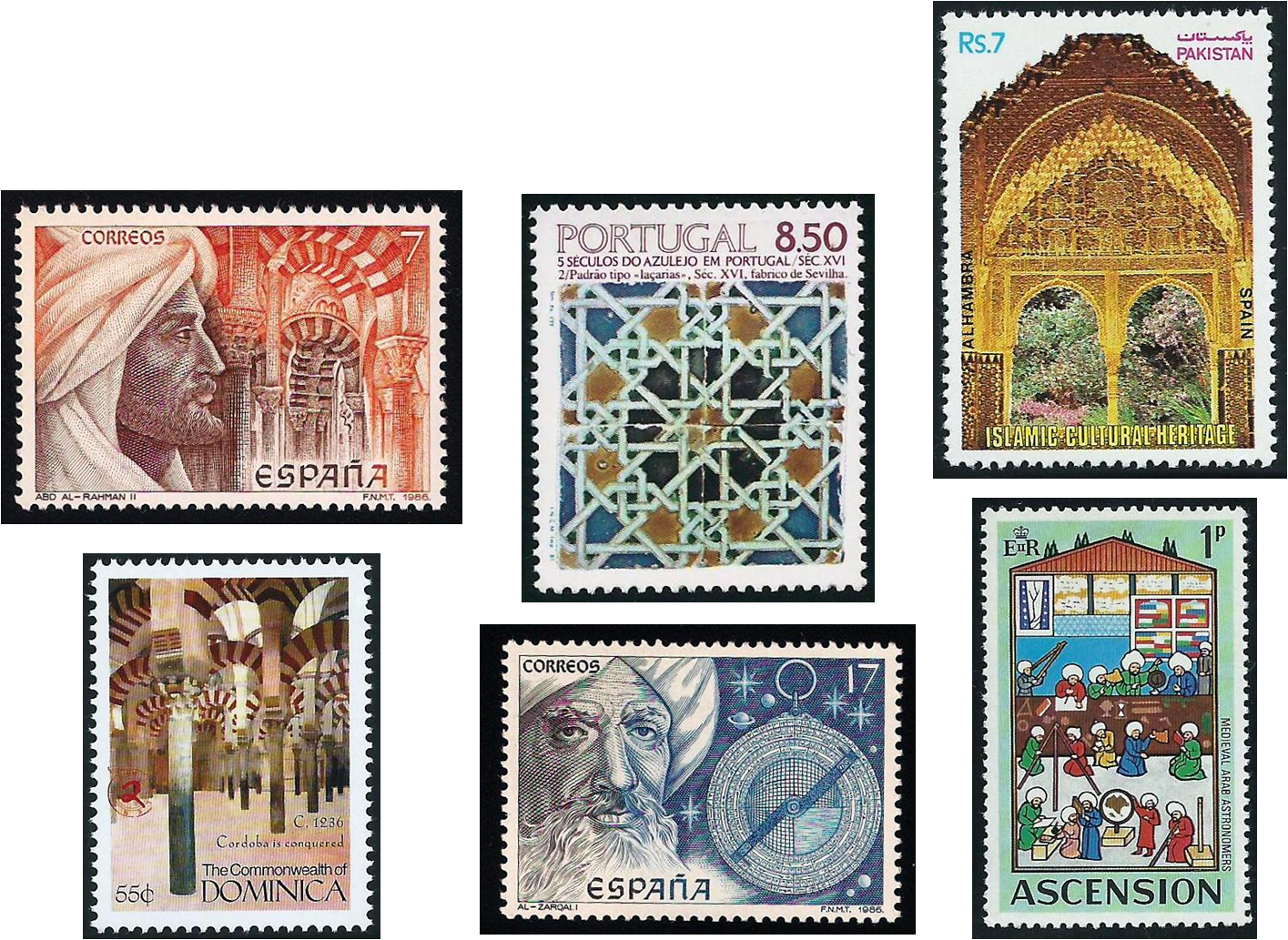 During the 8th and 9th centuries the Islamic world spread along the northern coast of Africa and into Europe through southern Spain and Italy. Córdoba became the capital of Moslem Spain.
The next three centuries were to be fertile years for the development of mathematics and astronomy. Islamic astronomers began to develop astronomical and navigational instruments, such as the astrolabe and planisphere for observing the positions and altitudes of celestial bodies and for telling the time of day.
Islamic decorative art and architecture also became widespread throughout southern Spain and Portugal; celebrated examples include the magnificent arches in the Córdoba Mezquita (mosque) and the variety of geometrical tiling patterns in the Alhambra in Granada.
The Spanish geometer and astronomer al-Zarqali (d. 1100) lived in Toledo and Córdoba. An instrument maker who constructed a number of astrolabes, he compiled several important works, including a set of trigonometrical tables chiefly for use in astronomy.
[Ascension 1971; Dominica 1999; Pakistan 1992; Portugal 1981; Spain 1986]